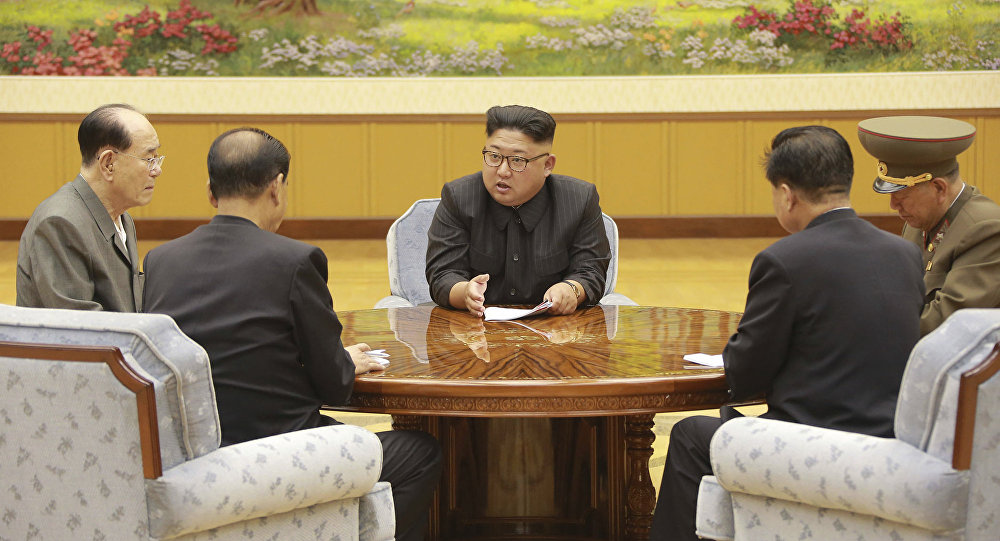 Seoul is proposing to hold high-level talks on January 9 with Pyongyang at Panmunjom village in the demilitarized zone (DMZ) between the two countries, South Korea's Unification Minister Cho Myoung-gyon said on Tuesday.

"I do sense that, despite all the puerile rhetoric, there is a chance that things are reaching a critical mass whereby some form of talks become possible," Clarke, a former UK Foreign Office official, told Sputnik.

Unusually soft rhetoric from the North Korean leader toward his southern neighbor has sparked considerable speculation as to whether he is indicating his readiness for a major shift in his country’s foreign policy.

Clarke noted that Pyongyang was attempting to project a more moderate and reassuring image to the South Korean government whose leader, President Moon Jae-in, was an architect and supporter of the former "Sunshine" policy of seeking to engage North Korea peacefully and constructively.

It "looks like Pyongyang knows how to play its cards with some tactical finesse," Clarke said.

However, US Envoy to the United Nations Nikki Haley said this week that the United States would not recognize any possible talks between the North and the South unless the talks resulted in a ban of all nuclear weapons on the Korean Peninsula.