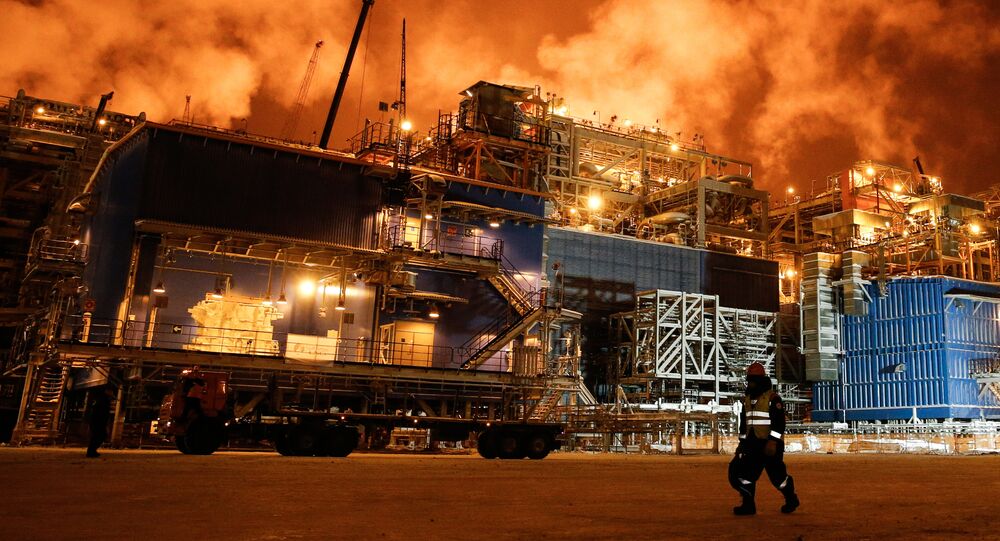 Russia's $27 billion gas project in the Arctic landmark project will help shore up Moscow's energy cooperation with China, but it's purely a business deal that will help relieve acute shortages of natural gas in China.

To reduce air pollution, China this year adopted stringent measures restricting the use of coal. As a result of the transition to clean energy, demand for the cleaner alternative — natural gas — has risen rapidly, sending prices of liquefied natural gas (LNG) to a three-year high. Gas-supply shortages are hitting Central and North China in the dead of winter, affecting both residential heating and industrial processes.

Growth in domestic natural gas production can hardly keep up with that of gas consumption, so China has no choice but to rev up imports to meet growing demand.

The country is on track to become a larger natural gas importer, as the volume of imported LNG reached 29.1 million tons in the first 10 months of this year, up 47.7 percent year-on-year. China's growing LNG purchases mean the country will be more significant for global suppliers.

The $27 billion LNG plant, co-sponsored by Russian, French and Chinese companies, is likely to ramp up Russia's LNG deliveries to China. Australia, Qatar, Malaysia, Indonesia and Papua New Guinea have long been the major sources of China's LNG imports, but they may be soon replaced by Russia. Efforts to diversify its LNG sources will help China gain more pricing power as the country steps up imports. Russia is one of the largest LNG producers in the world. Regardless of whether stringent sanctions are imposed on Russia, Sino-Russian energy cooperation is poised to enter a new stage of long-term and strategic cooperation. The $27 billion plant is just the dawn of a possible "golden era".

The project does not target any third party. China's transition to clean energy offers great opportunity for not only Russia but also Western countries, including the US. China and the US have agreed on closer cooperation involving LNG trade in recent years, but the overly suspicious attitude of Western media toward China will impede US companies from tapping the potential of cooperation in the Chinese market.

This article, written by Hu Weija, was originally published in the Global Times.

The views and opinions expressed by Hu Weija are those of the expert and do not necessarily reflect those of Sputnik.