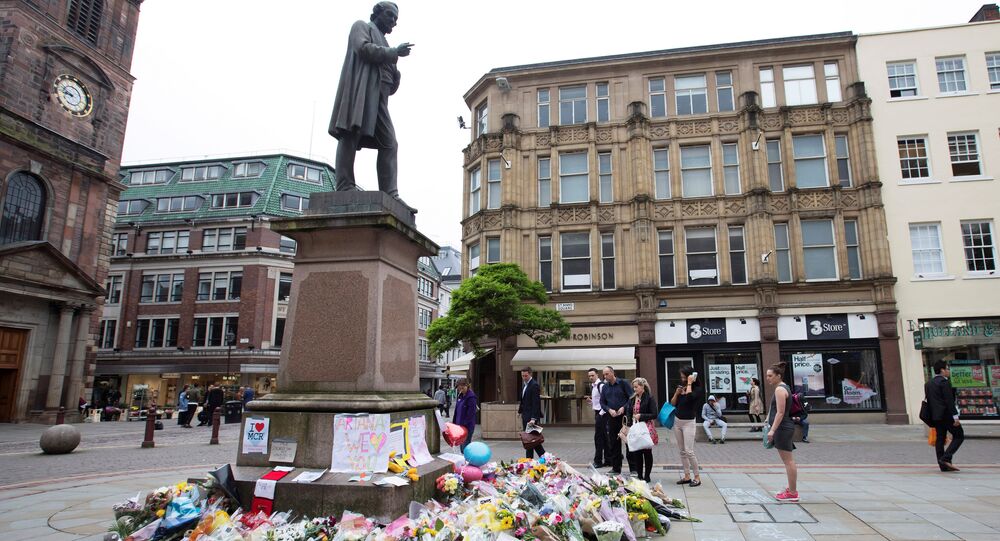 The UK intelligence service MI5 might have been able to prevent the deadly terrorist attack in Manchester, according to a report by lawyer David Anderson QC as cited by the Guardian. Dr. Anthony Glees, professor of political science at the University of Buckingham spoke to Radio Sputnik about this report.

Dr. Anthony Glees: It is a very thoughtful report written by somebody who for six years was the independent reviewer of the government’s counter-terrorist legislation. He really does know what he is talking about and I think his conclusion will be taken very seriously. Of course as he himself says, he was writing with hindsight. Hindsight is a very wonderful thing; it’s clear from his report that Salman Abedi but not just Salman Abedi, the London killers as well, were not just on the radar of MI5 but if a few more pieces of the jigsaw had been put together then perhaps Salman Abedi could have been prevented from killing those people in Manchester.

Sputnik: What does this report really say about the level of British intelligence and law enforcement agencies? Is this a serious blow to their reputation?

Dr. Anthony Glees: I don’t think it’s a serious blow. No. I think it is a blow because of course one would hope that very few if any terrorist attacks would be successful. We have seen situation in the United Kingdom where there have been 23 successful terrorist attacks since 2013, however, it is also true that a similar number 20 have been disrupted since 2013. There is some success, so the point that David Anderson makes is that in a free society you cannot keep all the people who might become terrorists under surveillance of one form or another. I think in the future there is likely to be a debate as to what is the acceptable balance to be drawn between an individual’s liberty, privacy, and the need to collar those 20,000 people in the United Kingdom the authorities know to be a potential terrorist.

Sputnik: This is not the first time agencies are being criticized and we have heard many times after a terrorist attack is perpetrated that these individuals were on the radar of the MI5 or the FBI, CIA in the United States. What can really be done to determine which of these people on the radar should be further investigated?

Dr. Anthony Glees: That is the $64,000 question: with hindsight it’s clear that this is not been got right. The answer is surely to subject a far larger group of people to the sort of intensive surveillance that MI5 and our other intelligence communities are capable of providing.

Security policy is not a switch it’s a dial. I mean times are hard and they are harder in the United Kingdom. The threat level even as we  speak is severe which means that a terrorist attack at any time is highly likely. You then have to turn up the dial and I think people would sooner be safer, perhaps less private than more private and less safe.

Dr. Anthony Glees is professor of political science at the University of Buckingham and the director of its center for security and intelligence studies.

The views and opinions expressed by Dr. Anthony Glees are those of the speaker and do not necessarily reflect those of Sputnik.

Tech Giants Dilemma: 'You Can’t Decide Between Freedom of Speech and Security'

'Freedom of Speech Killed by Those Who Created It' - Sputnik, RT Editor-in-Chief

After NYC Attack: A Deeper Look Into the Origins of Modern Terrorism