US Needs to Probe Facebook, Google Abuse of Mega-Data for Profit - Analyst

Wall Street Analyst Charles Ortel believes that the US authorities have to investigate the alleged use of mega-data gathered by social media corporations for business profit.

WASHINGTON (Sputnik) — The US government needs to launch a serious inquiry into how the social media giant corporations led by Facebook and Google use the mega-data they gather on hundreds of millions of people for business gain, financial analyst Charles Ortel said in an interview on Wednesday.

"Google and Facebook in the main what they are doing is convincing people around the world to give away very valuable information and then they're monetizing this for their investors," Ortel told RT on Wednesday. "There should be some serious inquiry into that."

"What we’ve seen so far is shocking, he said. "Over 90 percent of the news was negative (on Trump). "I think that kind of stuff happens all the time."

The Google search engine suppressed conservatives financial analysts and others who were critical of the left-wing and progressive beliefs of most of the billionaires who ran Silicon Valley, Ortel said.

"On the question of Google I have noticed what I believe to be suppression of Google search results… When someone is identified as being conservative economically they go into the question file… These people in Silicon Valley they all lean to the left," he said. 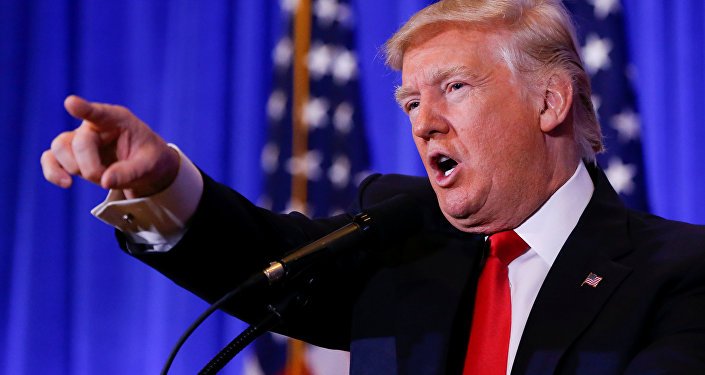 Ortel told RT that Trump had been correct in his criticisms as major US media outlets, especially The New York Times, openly and repeatedly slanted the news according to their preferred bias.

"The New York Times certainly has had an anti-conservative bent for a long, long time… The New York Times has a decided bias and it needs to reform itself or it will indeed fail as Donald Trump in fact suggests it is [already failing]," he said.

NYT to Trump: See You in Court!
Ortel also said the New York Times during the 2016 presidential election campaign had refused to report the fact that the Clinton Foundation charity was under investigation.

"In August 2016 the New York Times knew the Clinton Foundation was under investigation. That is incredibly relevant information that they spiked," he said.

Charles Ortel, a former executive at the financial firms Chart Group and Dillon, Read & Company, exposed financial fraud at General Electric back in 2007 and is proceeding with his private investigation into the alleged fraud of the Clinton Foundation.

Ortel discussed the issue of media bias at RT after Project Veritas released hidden camera footage of conversations with New York Times editor Nick Dudich. The video showed Dudich admitting to using connections at YouTube to get New York times videos on the front page of the platform.

Google This! WaPost Gets Its Anti-Russian Panties in a Bunch... Again