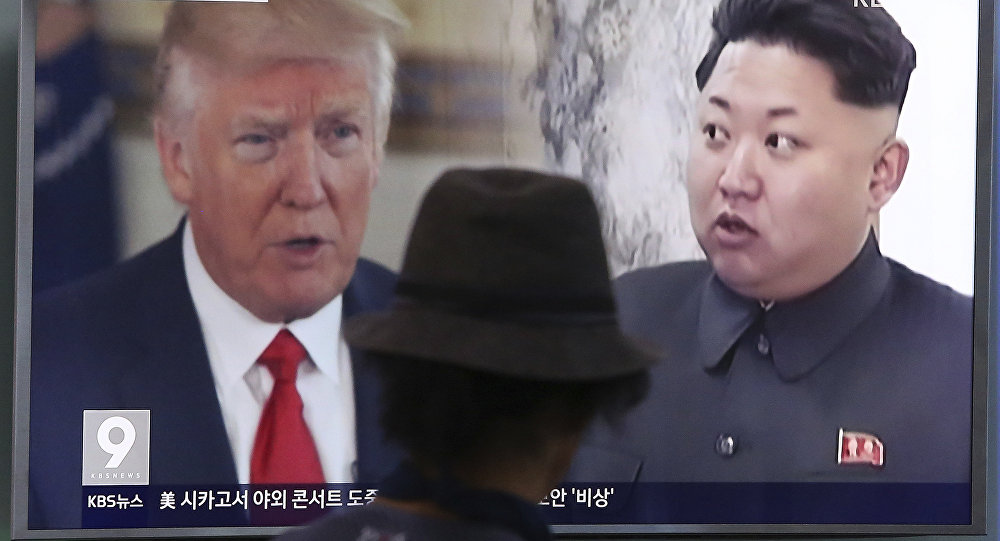 While the Trump administration is insisting that the military option is the "only one thing" that will work with regard to Pyongyang, Kancho Stoychev of the pollster Gallup told Radio Sputnik that South Koreans still favor a diplomatic solution of the crisis despite North Korea's increased missile tests. The expert lauded the stance as "mature."

Regardless of the saber-rattling and muscle-flexing on the part of their northern neighbor, most South Koreans favor diplomacy over using the military in dealing with Pyongyang, Kancho Stoychev, chairman of the Zurich-based Gallup International Association, told Radio Sputnik.

"They understand better than we that the North Korean regime is bluffing, this regime has always been bluffing," the expert said, "This is a mature attitude from the people [of the country] neighboring [North Korea], who are living just a few dozen kilometers from the threat."

He stressed that he was positively surprised by the attitude of the people of South Korea, who remain calm and open to dialogue with the Democratic People's Republic of Korea (DPRK) while being "threatened to the highest possible degree."

The ongoing crisis is not a new one, Stoychev noted: South Koreans have been living in such a difficult situation for decades.

However, apart from the Republic of Korea (ROK), the majority of people interviewed by Zurich-based Gallup International Association in fourteen countries prioritized the diplomatic option in dealing with Seoul's belligerent neighbor.

© AP Photo / Jun Dumaguing
USS Michigan Nuclear-Powered Submarine on the Way to South Korea
Russia and Germany topped the list of the countries whose population prefers the diplomatic solution to the Korean issue.

It's no coincidence, the expert believes: The reason behind this is that the two countries are among those who had sustained the greatest losses during the Second World War. While Russia lost almost 27 million people in the military conflict, Germany's casualties amounted to 5 million deaths.

Interestingly enough, it appears that Japan, yet another country impacted heavily by the WWII, doesn't unanimously support the peaceful solution to the North Korean crisis. Only half of the Japanese respondents chose diplomatic measures as the way to deal with Pyongyang, while the other half picked the military option.

"The main reason for that is that North Korea's nuclear tests and especially missile tests affected Japan," Stoychev said. "There might be a hidden logic behind this attitude because I don't believe that there is people around the world who want war."

Assessing the chances of a nuclear conflict, almost half of the American's who responded said that the use of nuclear weapons is highly likely. The greatest fear of a nuclear war was registered in Vietnam, standing at fifty four percent.

'Everything Should be Done to Avoid a Nuclear War'

"What we witness all around the world is that the view that everything should be done [to avoid a nuclear war] is clearly dominant," the expert pointed out.

According to Stoychev, this was rather symbolic.

"Maybe I will surprise you but I do believe that this will have a very big impact because in the world we are living now the [importance of] public opinion, mass consciousness, is enormous," the expert emphasized, "If we give voice to people more often and more precisely we [will] live in a better world."

Speaking to Sputnik on Sunday Rebecca Johnson, co-chair of ICAN, underscored that while Pyongyang is stepping up its nuclear and missile tests and the US ramping up tensions in the region, people need to realize the deadly nature a potential nuclear confrontation.

Clouds are Gathering on the Horizon of Korean Peninsula

It was reported on October 6 that following his return from North Korea Russian lawmaker Anton Morozov said that Pyongyang was preparing for the test of a long-range missile purportedly capable of reaching the western coast of the US. The politician called upon all parties concerned to start a dialogue to prevent potential hostilities.

Twitter/realDonaldTrump
US Ex-Ambassador to Russia Calls Trump's Tweets on North Korea 'Reckless'
The latest missile test was conducted by the DPRK on September 15, when it launched a ballistic missile, which flew over Japan before falling into the northern Pacific.

Despite the challenge posed by North Korea's military arsenal, US President Donald Trump continues to fan the flames on the peninsula.

Additionally, the US president remarked that State Secretary Rex Tillerson was "wasting his time trying to negotiate with Little Rocket Man," referring to the DPRK leader Kim Jong Un.

In response, US Secretary of Defense James Mattis signaled that the American army should be "ready to ensure that we have military options that our president can employ if needed." 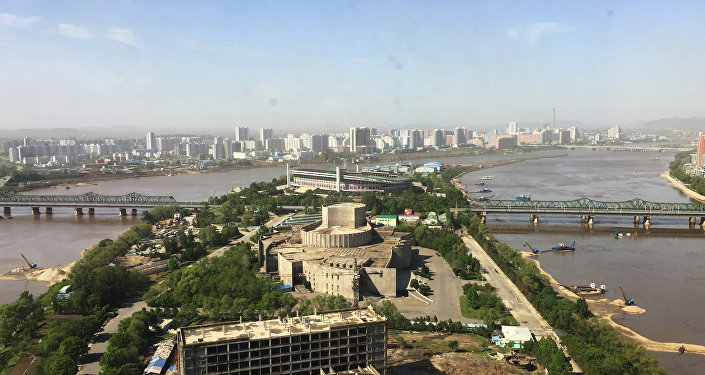 © Sputnik / Maria Sidibe
Kremlin Warns Against Steps Aggravating Situation on Korean Peninsula
For its part, Russia which has 17 kilometers (11 mi) of terrestrial frontier and 22.1 km (12 nautical miles) of maritime border with North Korea warned against the further aggravation of situation in the region.

"As for the Korean Peninsula, of course, Moscow has been calling and continues to call on all parties to the conflict and parties that have relation to these affairs to show restraint and avoid any steps that could only aggravate the situation," Kremlin spokesman Dmitry Peskov said Monday.

The same day Russian presidential aide Yury Ushakov reminded that the Russia-China "double freeze" plan on the settlement of the crisis on the Korean Peninsula was still on the table and urged the international community to lend a sympathetic ear to the proposal to prevent the potential conflict.

Moscow and Beijing have repeatedly stressed that the crisis can only be solved through diplomatic means.

Earlier, in mid-September, the UN Security Council unanimously adopted a new tough resolution against North Korea over its latest nuclear test and repeated missile launches, which have dramatically increased in recent months.