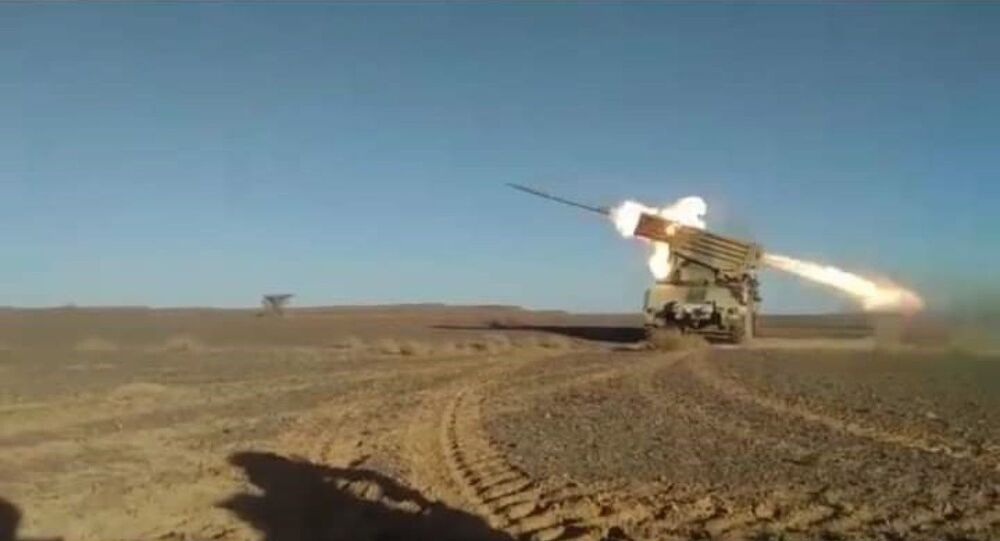 After a 29-year truce, war has broken out again in Western Sahara, pitting the Royal Moroccan Armed Forces, which claim the territory as part of Morocco, against the Saharawi Army, the militant resistance force seeking to establish an independent republic for the Saharawi people.

With the Moroccan forces equipped by the Americans and French, and the Saharawis using mostly Soviet and Russian weapons, the match-up in the desert wastes seems a step out of time.

The indigenous Saharawi Army fields an eclectic mix of Soviet Cold War-era hardware donated to them by the Algerians, as well as whatever American and French equipment they can capture from the Moroccans.

These include the D-30 122-millimeter howitzer and the BM-21 Grad multiple rocket launcher system, as well as T-62 main battle tanks and a variety of anti-air missiles that have helped ward off Morocco’s air forces.

The Saharawis also have an array of technicals - pickup trucks converted into mobile weapons platforms by installing machine guns or anti-aircraft cannons on the back, which are common on the isolated battlefields of sub-Saharan Africa.

In October, Saharawi demonstrators began a sit-in protest at the southern border town of Guerguerat, a neutral zone on the coast where Morocco has built a road into Mauritania. The protesters aimed to block Moroccan export of goods extracted from Western Sahara, which the United Nations has ruled is against international law, as well as to put pressure on the UN to begin monitoring human rights in Western Sahara and to hold its long-promised independence referendum.

Then, on November 13, the Moroccan military dispersed the occupation protest with force, violating the 1991 peace agreement and prompting the Polisario Front to declare the war was back on.

The Moroccan construction of a massive sand wall dividing Western Sahara in two in the 1980s has changed the tactics of Saharawi forces, forcing them to adopt a less mobile style of assault that often focuses on artillery bombardments and sniper attacks.

While Saharawi forces have staged attacks all along the sand wall, most operations have been concentrated against the northeastern end of the barrier against the Mahbas, Farsia, Howza and Amgala sectors.

These are among the oldest of the berms, which encompass the capital of Laayoune and the massive phosphate mine at Bou Craa, which together form the core reasons behind Morocco’s occupation of the territory.

However, the sand wall isn’t the only barrier: more than 7 million landmines are also buried along the berm. In forts along and behind the berm also sit most of Morocco’s 175,000-strong army.

The Royal Moroccan Armed Forces receive extensive aid from the United States, which gives Rabat money to buy US military equipment via the Foreign Military Sales program. Last year, Morocco requested more equipment from the US than any other nation: $7.26 billion worth, including 25 F-16V “Viper” fighter jets, smart bomb kits and TOW wire-guided missiles.

This past October, Washington and Rabat signed a 10-year defense cooperation agreement, and in the wake of the peace deal with Israel, the Trump administration pushed ahead with $1 billion in new weapons for Morocco, including four MQ-9B Sea Guardian drones, which are modified versions of the Reaper drone, as well as Hellfire missiles and Paveway and JDAM laser-guided bombs.

Since 1973, the Popular Front for the Liberation of Saguia el-Hamra and Río de Oro (Polisario Front) has fought for self-determination for the Saharawi people. First, they fought against the Spanish colonial forces, but then in 1975, when the Spanish left and Mauritania and Morocco split the territory in two, Polisario took up arms against them as well.

Four years later, Nouakchott signed a peace treaty recognizing the newly declared Sahrawi Arab Democratic Republic (SADR) and withdrawing from the southern half of Western Sahara. But Morocco held fast, and for the next 12 years faced off against Polisario. Rabat progressively cordoned off the urban areas and resource-rich parts of the country with sand walls, forcing the Saharawis eastward into the desert, but failed to defeat Polisario in battle.

More than 100,000 Saharawis fled the country, seeking refuge in camps across the Algerian border, where they have remained.

In 1991, a peace agreement also saw the United Nations agree to coordinate a future referendum on independence in Western Sahara - an agreement its mission there, MINURSO, has not lived up to, which prompted the October protest.