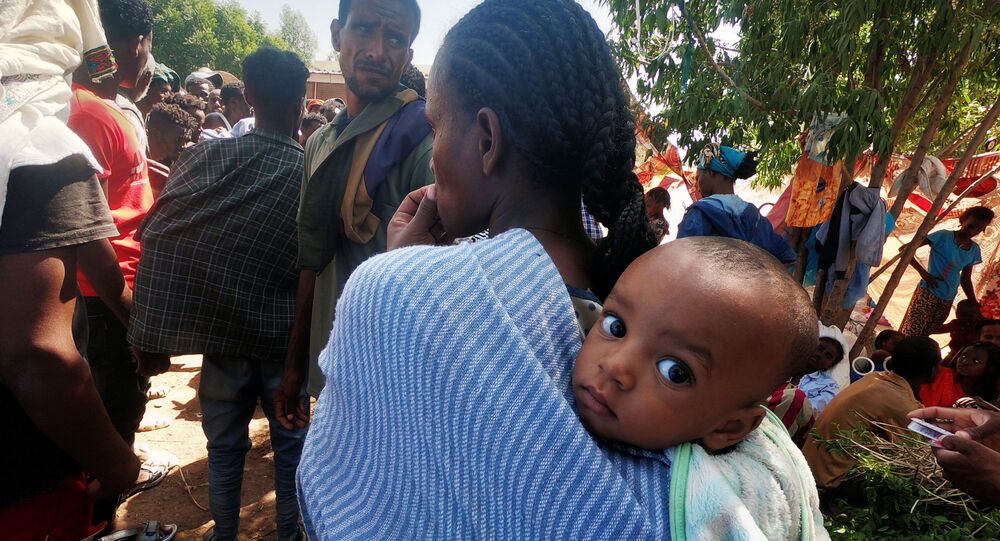 UNITED NATIONS (Sputnik) - UN Under-Secretary-General for Humanitarian Affairs and Emergency Relief Coordinator Mark Lowcock in a statement expressed his concern about the humanitarian situation in Ethiopia's Tigray region and called for full access to reach conflict-affected people with aid.

"I am increasingly concerned about the evolving humanitarian situation in northern Ethiopia and neighboring areas," Lowcock said on Tuesday. "I call for full access to reach people in need wherever they are; safe passage for civilians seeking assistance; and the security of aid workers."

Lowcock said that before the current hostilities, millions of people in and around Tigray were in need of humanitarian assistance. The current clashes are only heightening the needs of local people, he pointed out.

"Our humanitarian priorities in the region are the protection of civilians, including children; preventing gender-based violence; and getting food, clean water and health care to those who need it, including civilians displaced by ongoing hostilities," Lowcock added.

© REUTERS / TIKSA NEGERI
FILE PHOTO: Members of Amhara region militias ride on their truck as they head to the mission to face the Tigray People's Liberation Front (TPLF), in Sanja, Amhara region near a border with Tigray, Ethiopia November 9, 2020.

Clashes broke out in Tigray earlier this month after Ethiopia's Prime Minister Abiy Ahmed accused the Tigray People's Liberation Front of having its forces attack and loot a military camp hosting federal troops. He launched a security operation against the autonomous northwestern region, stoking anger among the ethnic Tigrayan minority. Tigrayan rebels fired rockets across the border into the capital of Eritrea, which they accuse of helping Abiy with attacks on them.

The United Nations said earlier that more than 27,000 civilians have already left Tigray for neighboring Sudan, fleeing the violence.

Moscow Calls on Warring Parties in Ethiopia to Show Restraint, Hopes Peace Will be Secured