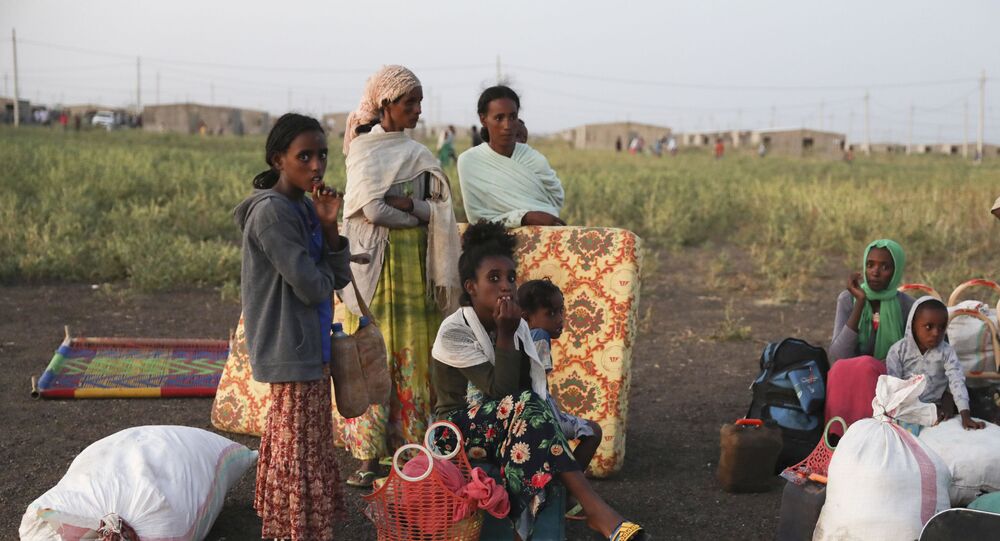 Ethiopia is an ethnic jigsaw puzzle of different tribes - Amhara, Oromo, Tigrayan, Sidama, Gurage, Wolayta and Somali. Meles Zenawi and a Tigrayan elite ruled the country but they began to lose their grip on power after his death in 2012.

Ethiopia's prime minister Abiy Ahmed has warned rebel forces in Tigray region his ultimatum has now expired and they should be prepared for a final offensive on their capital, Mekelle.

Addressing the world via Facebook, he wrote on Tuesday, 17 November: "The three-day ultimatum given to Tigray Special Forces and the militia to surrender...has ended today. The final critical act of law enforcement will be done in the coming days."

​Abiy, who ironically won the Nobel Peace Prize last year for reaching an agreement with neighbouring Eritrea, commenced air strikes and a ground offensive on 4 November after the Tigray People's Liberation Front (TPLF) began a revolt.

Tigrayan forces have put up stiff resistance and have accused Eritrea's President Isaias Afewerki of being in cahoots with Abiy by sending troops across the border.

​Tigrayan forces fired rockets into Eritrea at the weekend and have also threatened airports in neighbouring Amhara province.

The Ethiopian military claims to have undertaken “surgical” air strikes on TPLF targets in Mekelle but the Tigrayans have posted images of bombed houses.

​The fighting has driven approximately 25,000 refugees north, across the border into Sudan, and there are fears that many of them will migrate through Egypt or Libya to Europe.

Ganet Gazerdier, 75, who fled the town of Humera in western Tigray, told AFP: "I saw bodies dismembered by the explosions. Other bodies were rotting, lying on the road, murdered with a knife.”

​UN spokesman Babar Baloch said on Tuesday: "A full-scale humanitarian crisis is unfolding. Refugees fleeing the fighting continue to arrive exhausted from the long trek to safety, with few belongings."

Tigray, a region in northern Ethiopia which is home to five million people, is mountainous and it is believed it will be difficult for the Ethiopian army to capture and subdue.

​Ethiopia has frozen the bank accounts of 34 TPLF institutions, making it hard for them to buy weapons.

The United Nations and the Kenyan government have both called for peace talks and the Nobel Committee, based in Oslo, have urged last year’s prize winner to seek a “de-escalation”.

But Abiy, who appears to have the support of the United States, has promised to press on until “the rule of law” is returned to Tigray.

​Ethiopia has a population of over 114 million people and there are fears that other tribes will side with the Tigrayans against Abiy’s Amhara-dominated government.

The Ethiopian federal forces have around 140,000 troops and have experience fighting al-Shabaab in neighbouring Somalia during a vain attempt at peacekeeping.

The TPLF was born out of warfare itself - it bore the brunt of the fighting which ousted the Marxist Derg regime in 1991 and was also at the heart of the 1998-2000 war with Eritrea over the Badme triangle.