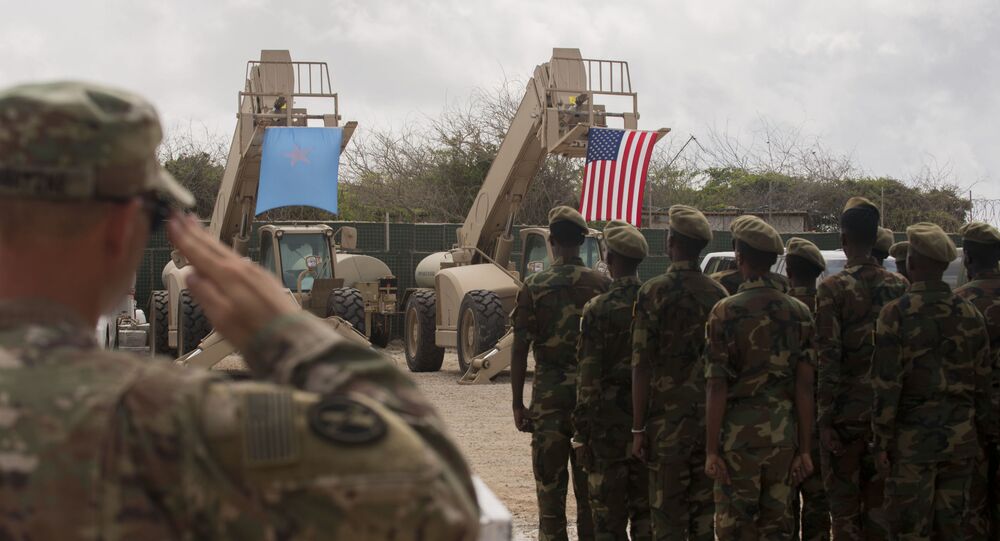 According to insider reports, US President Donald Trump has ordered the Pentagon and his senior national security advisers to begin drafting plans for a total withdrawal of US forces from Somalia. The US has between 650 and 800 troops in the war-torn East African nation, where it has waged an undeclared war since 2007.

“People familiar with the matter” told Bloomberg on Tuesday that the Pentagon had begun drafting plans to pull all US troops out of Somalia.

After a disastrous intervention in the Somali Civil War in 1992, the US withdrew some 25,000 troops from Somalia. While a small number of special forces and counterterrorism advisers remained, the air war opened up by US Africa Command (AFRICOM) against al-Qaeda affiliate al-Shabaab in 2007 did not involve ground forces until relatively recently.

In March 2017, Trump declared Somalia an “area of active hostilities,” signaling an increase in tempo that soon saw more than 600 US troops dispatched to the area. Now, however, it seems Trump may be considering bringing them home, just his latest attempt to deliver on a 2016 campaign promise to end the “era of endless wars” before he stands for reelection in November.

According to the Bloomberg report, US national security adviser Robert O’Brien, Defense Secretary Mark Esper and Joint Chiefs of Staff Chairman Gen. Mark Milley have all been part of the talks.

Trump and his advisers being on the same page is not always something that can be taken for granted, as the recent disparate estimates about the US’ withdrawal from Afghanistan have shown.

Last Wednesday, O’Brien said the US would have just 2,500 troops in the Central Asian nation by early 2021, with the goal of bringing all US troops home by May 2021. However, just hours later, Trump tweeted that in fact, all US troops would come home from Afghanistan by Christmas 2020.

Even if all US troops leave Somalia, that does not mean an end to the undeclared drone war the US has waged against al-Shabaab since 2007. The unmanned aerial vehicles and the spy planes that spot targets for them and monitor the aftermath of a strike fly from neighboring countries like Kenya.

This air war has suffered contradictory trends of both increasing and decreasing scrutiny: even as the Trump administration revises its standards to effectively ignore the possibility of civilian casualties resulting from the strikes, increased pressure from nongovernmental organizations (NGOs) like Amnesty International has forced the Pentagon to admit that innocent people do get killed in these strikes and to present quarterly reports reviewing them for possible civilian deaths.

According to data collected by Airwars, an NGO affiliated with the University of London, since 2007, AFRICOM has carried out some 235 airstrikes in Somalia and killed between 1,807 and 2,422 al-Shabaab fighters. However, AFRICOM has admitted to just five civilian deaths, while the academics found evidence of between 72 and 145 civilians killed in that time.

Still, just last month, AFRICOM was pushing to expand the air war into Kenya in reaction to al-Shabaab increasingly crossing the border, as they did in January when they mounted an attack on Manda Bay, one such base from which the air war is waged.

Debate Over Where Troops Are Needed

There remains considerable debate about whether or not the Trump administration’s push to withdraw troops not only from Somalia, but the entire AFRICOM area of responsibility, is a wise policy. The Pentagon has justified plans to shift significant numbers of the roughly 5,000 US troops in Africa to other theaters based on prioritizing “inter-state strategic competition” with Russia and China instead of the War on Terror.

In January, Esper told reporters he was concerned with “mission number one,” competing with Russia and China, but lawmakers such as Rep. Adam Smith (D-WA), who chairs the House Armed Services Committee, have pushed back, saying the move would allow terrorist groups like al-Shabaab, which have staged huge, deadly massacres of civilians, room to grow once more.

On the other side of the coin, Army Gen. Stephen Townsend, who commands AFRICOM, has argued that keeping US troops in Africa is also a way to fight Russia and China, because it denies them opportunities to expand their influence there.

Despite the war’s destruction, the central government in Mogadishu has signaled it wants US troops to stay for now. Somali President Mohamed Abdullahi told Bloomberg, “We really appreciate the US support, and we are grateful for what the US has done, and we would like to see the troops remain until the work is 100% accomplished.”