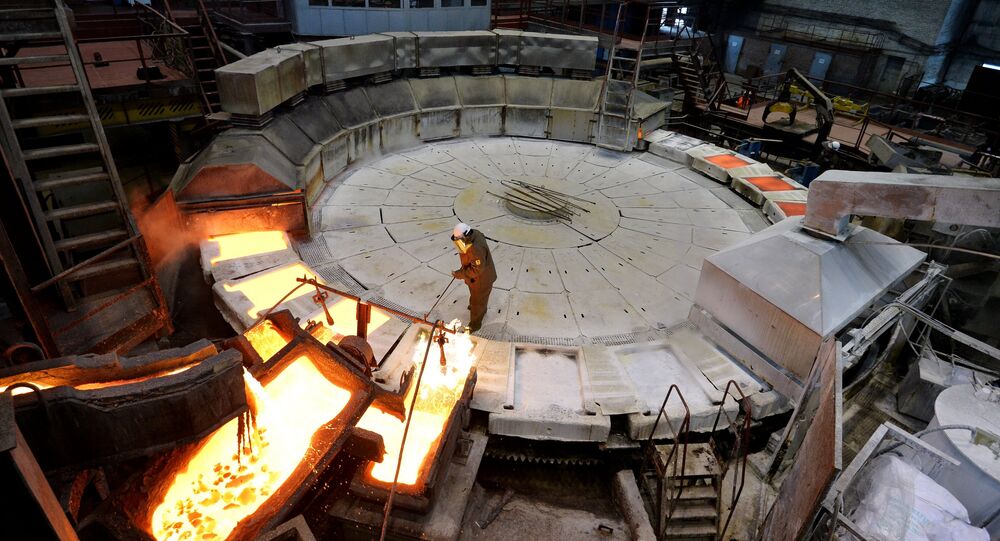 Zambia’s government unveiled a flurry of new taxes on the mining sector starting next year, which could cripple the country’s output and exports, and push global prices of industrial metals higher.

Kristian Rouz — Africa's second-largest copper producer moves to increase the fiscal burden on mining companies amidst ongoing fiscal turmoil and mass protests against alleged government corruption. The move is expected to add to the upward pressure on global industrial metals prices, which have recently been dampened by US tariffs and a strong dollar.

Zambia's Finance Minister Margaret Mwanakatwe said in an address to the nation's parliament on Friday that her department would impose new taxes and increase royalty payments for the mining sector in an attempt to balance next year's budget.

Mwanakatwe said the effort would help reduce governmental debt and improve living conditions in the country in response to the ongoing anti-corruption protests.

"In 2019, we are faced with higher debt obligations as past loans fall due, thereby constraining fiscal space for other expenditures," she said.

Zambia's fiscal deficit is expected at 7.4 percent of GDP this year compared to the previous expectations of 6.1 percent. This comes as US President Donald Trump's tariffs on steel and aluminium hampered the prices of other industrial metals as well, and Zambia is heavily reliant on its copper exports.

© AFP 2020 / Anthony WALLACE
Blowup Haram: Sex Dolls Get Blasted by Women in Nigeria, Outlawed in Zambia
Mwanakatwe said higher mining taxes would bring the fiscal deficit down to 6.5 percent of GDP next year. Her department also expects Zambia's economic growth to be 4 percent next year — compared to the World Bank's forecast of 3.6 percent.

Zambia's finance minister said mining royalties — currently ranging between 4-6-percent — would increase by 1.5 percent. A new 10 percent tax will be levied on copper producers when the metal's price is above $7,500 per ton.

Moreover, the Finance Ministry introduced a new 15 percent export tariff on precious metals, along with a new 5 percent duty on copper and cobalt exports.

Mwanakatwe delivered her 86.8-billion kwacha ($7.1 billion) budget in the Parliament, saying that roughly 25 percent of this budget, or $2 billion, will be financed through external borrowing. The kwacha, Zambia's national currency, dropped 16.7 percent against its major peers this month alone, becoming the worst performing global currency during the period.

The ongoing fiscal turmoil has weighed on Zambia's investment appeal and broader economic sustainability. Additionally, poor living standards have enraged parts of the country's population, who have actively protested the government over the past few days.

"We are tired of hearing about scandal after scandal concerning the misuse of our national resources," Laura Miti, an organizer with Zambia Demands Accountability, said.

Zambia's Western donors have recently cut off some of their lending to the country amidst concerns of high-government corruption, the nation's mounting debt, and allegations of rampant "hidden borrowing.".

The UK and Finland froze their transfers to Zambia earlier this month, after it was revealed up to $4 million invested into the country's social welfare system might have been misappropriated.

© AFP 2020 / ARUN SANKAR
Ten Killed in Violent Protests Against Vedanta’s Copper Plant in South India
For its part, the International Monetary Fund (IMF) has taken a break from discussing Zambia's next assistance package due to the country's rising debt and a massive fiscal shortfall.

Albeit a rise in taxes could help partially offset Zambia's fiscal issues, economists say mining companies operating in the country could take a blow. Global prices of industrial metals are under pressure in the face of a realignment in global supply chains, whilst higher taxes and duties will further decimate miners' profits.

But the finance minister said Zambia's national wealth should be redistributed amongst its population on the basis of greater fairness and equality.

"As mineral resources are a depleting resource, it is vital to structure an effective fiscal regime for the mining sector to ensure that Zambians benefit from the mineral wealth our country is blessed with," Mwanakatwe said.

Critics have argued higher taxes on the mining sector could cost Zambia jobs and — in the long run — exports revenues could decrease due to lower production. However, the government doesn't appear to have other options — except for actually tackling the alleged corruption, which some believe isn't a viable scenario.