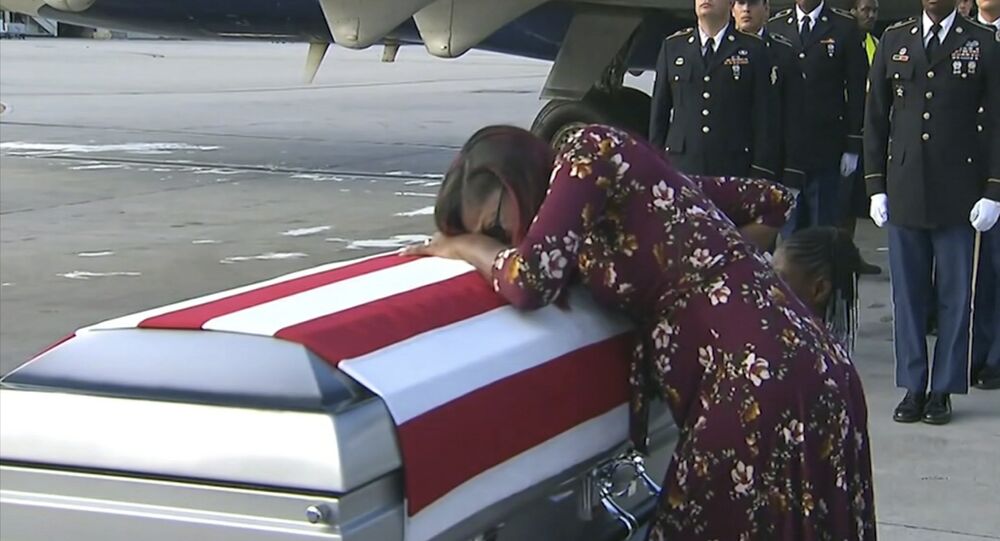 A fledgling Islamic militant group that has declared itself an offshoot of Daesh has taken responsibility for the notorious October ambush in Niger that left four American and four Nigerien troops dead.

Adnan Abu Walid al-Sahraoui, a known member of the so-called Islamic State in the Greater Sahel (ISGS), told the Mauritanian Nouakchott News Agency they were responsible for the attack. Nouakchott has relayed messages from Islamic militant groups in the past.

The statement also corroborates a Pentagon claim from late October that Daesh was behind the ambush, which sparked significant controversy in the US. Many Americans were surprised to learn that the US had 800 soldiers stationed in Niger, a nation that otherwise is rarely discussed by American outlets.

Nouakchott News Agency added that ISGS claimed responsibility for several other attacks, including a Thursday assault on a French military convoy in neighboring Mali that injured three French soldiers. The statement did not include an explanation as to why ISGS waited three and a half months to claim responsibility.

The October 4 ambush occurred along the border between Niger and neighboring Mali, about 120 miles from the Nigerien capital of Niamey. A dozen US soldiers were accompanying 30 Nigerien soldiers in a sortie searching out a local Islamic militant, although the Pentagon has refused to disclose the specifics of the US mission.

The militants sprang an ambush on the US-Niger troops, opening fire on them with machine guns and destroying their vehicles with rocket-propelled grenades. The battle ended when French air support stationed in Mali arrived, sending the militants into retreat.

US Africa Command launched an investigation into the bloody incident, a rare casualty for US forces in Africa. After the incident, reports surfaced that the perpetrators were a new offshoot of Daesh that has sprung up in Mali: the so-called Islamic State in the Greater Sahara, or ISGS.

The US fields an 800-strong force in Niger whose primary mission is to launch reconnaissance drone missions from the capital city of Niamey and provide support and assistance to Nigerien counterterror efforts — not engage militants in firefights.

Al-Sahraoui is a known Islamic militant who reportedly joined al Qaeda in 2010 and specializes in bankrolling operations by taking foreigners as hostages and holding them for ransom. He left al Qaeda in 2012 and swore fealty to Daesh's leader, Abu Bakr al-Baghdadi, in 2015. He has alternatively been described as ISGS' leader and its spokesman, possibly both.

Unusually, al-Sahraoui's statement was not featured on any of the official websites of the terrorist group.