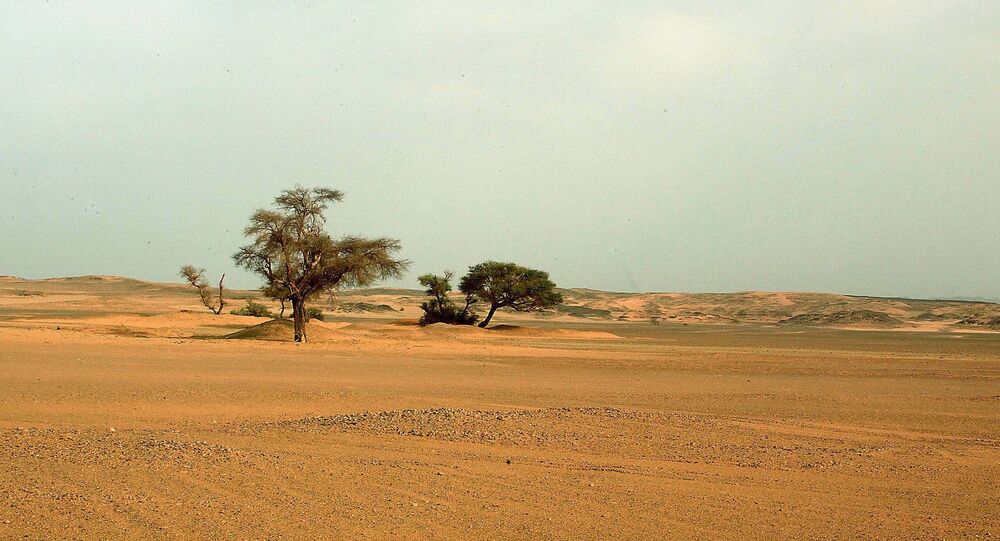 An amateur photographer has captured breathtaking photos of snow-dusted sand dunes in the middle of the Saharan Desert. For the first time in 37 years, snow has been spotted in the Algerian town of Ain Sefra. While the 1979 snowfall only lasted half an hour, the 2016 coldfront lasted for a full day.

Ain Sefra is located on the northern edge of the Sahara, and its relatively large size for a desert community has earned it the nickname "the Gateway to the Sahara." Karim Bouchetata, a resident of Ain Sefra and photography enthusiast, was amazed to see snow falling.

"Everyone was stunned to see snow falling in the desert," said Karim. "It is such a rare occurrence. It looked amazing as the snow settled on the sand and made a great set of photos."

Sahara snow sounds like an oxymoron, but is a relatively common occurrence in the mountainous sections of the dusty expanse. The Hoggar Mountains in Algeria, and the Tibesti Mountains in Chad see snow on their peaks every few years. Ain Sefra is some 1,000 meters above sea level and is close to the snow-peaked Atlas Mountains of Morocco, indicating that it is possible for strong winds blew snow from the mountaintops onto the dunes.

After Antarctica and the Arctic, the Sahara is the largest desert in the world. It covers almost all of North Africa, and has a population density of less than one person per square mile. But the Sahara was not always arid and empty. About 11,000 years ago, oceanic winds and heavy rainfall transformed the Sahara from a desert to a lush, green prehistoric population center. Around 3500 BC, the rains ended and the land became desiccated once more, coinciding with the rise of civilization in Egypt.

Some believe that this cycle, which climatologists suggest has happened multiple times, will repeat again, with the Sahara becoming lush and green once more around 17,000 AD.

In a Saudi Desert, Waterfalls Are Made of Sand!

Tokyo Sees November Snow For First Time in Over 50 Years