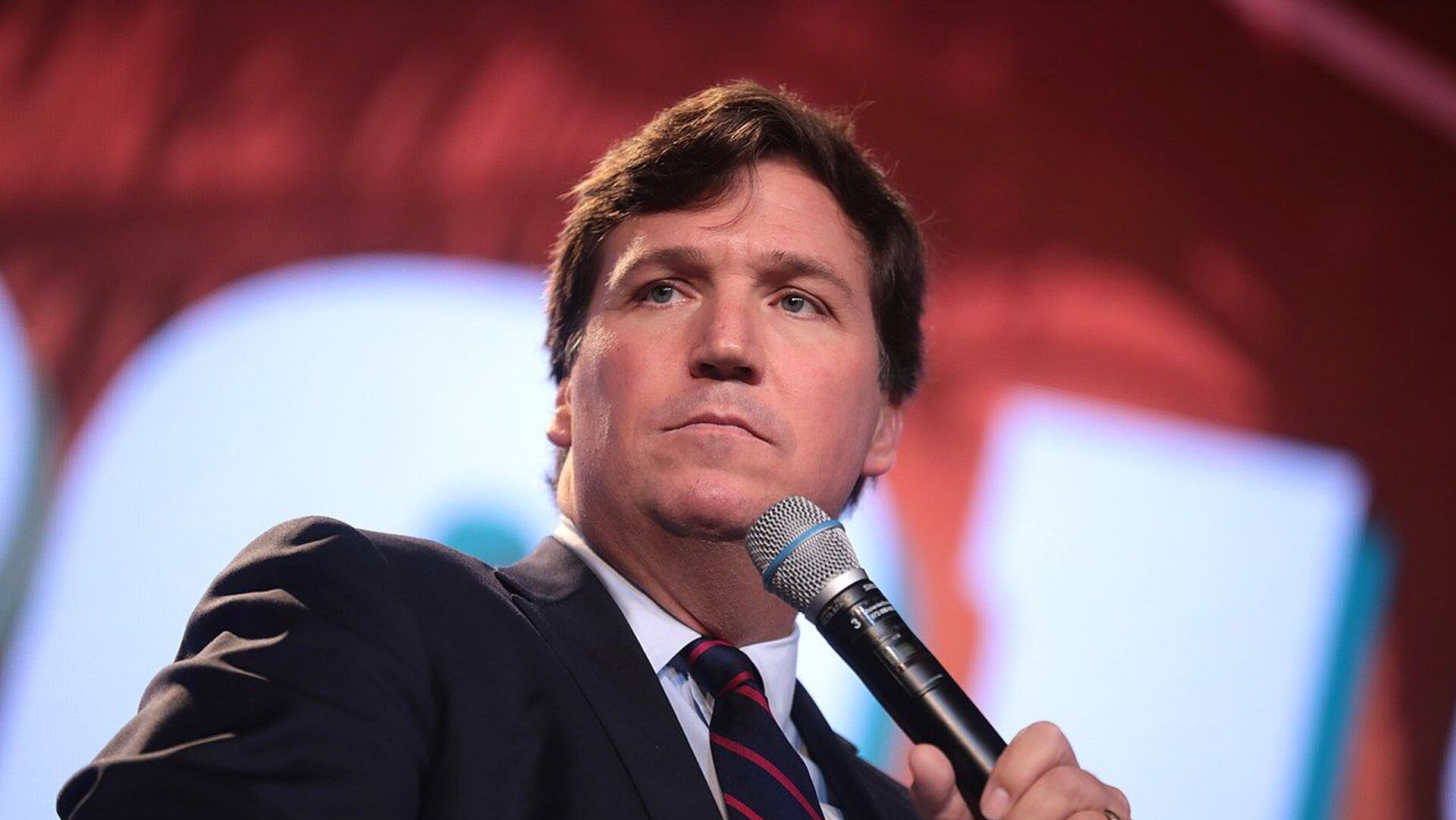 Tim Korso
All materialsWrite to the author
Earlier, the conservative TV host accused the National Security Agency of spying on his emails, even though the agency is supposed to monitor foreign, not domestic, "threats". Carlson believes this was done in order to find an excuse to cancel his show.

Fox News host Tucker Carlson has reiterated his accusations against the National Security Agency (NSA) and claimed that it has been illegally monitoring his communications, including accessing his emails. According to the host, the agency is doing this in order to leak sensitive information and then "take [the Tucker Carlson Tonight] show off the air".

Carlson said that the source of this information is an anonymous whistleblower in the NSA. The TV host said that the whistleblower had shown him excerpts from his own emails that the NSA had allegedly intercepted. Carlson underscored that only he and the recipients of the emails knew about their contents, stressing that this proves the agency wiretapped his communications.

The host recently accused the NSA of spying on him, but repeated his claims after the agency issued a statement claiming that Carlson "has never been an intelligence target of the Agency and the NSA has never had any plans to try to take his program off the air".

The Fox News star, however, dismissed the statement as essentially failing to deny the claims of wiretapping him.

"Then, just minutes before air tonight the NSA's sent us an infuriatingly dishonest formal statement. An entire paragraph of lies written purely for the benefit of the intel community's lackeys at CNN and MSNBC. Last night on this show we made a very straightforward claim: the NSA has read my private emails without my permission. Period. Tonight’s statement does not deny that", he said.

Summing up his experience communicating with the NSA and trying to figure out why a whistleblower could provide him with copies of his own private emails, Tucker Carlson said:

"'We [the NSA] can do whatever we want. We can read your personal texts and emails. We can send veiled threats your way to brush you back if we don’t like your politics. We can do anything. And there’s literally nothing you can do about any of it. We’re in charge, and you’re not'. Orwellian doesn’t begin to describe the experience", the Fox News host concluded.

Carlson went on to deride the White House's response to his allegations. Press Secretary Jen Psaki reacted to the question on board Air Force One by reminding journalists that the NSA only has the authority to monitor "foreign threats and individuals who are attempting to do us harm on foreign soil". She, however, did not directly say that the agency was not reading the host's correspondence and redirected further questions to the NSA itself, Tucker Carlson stressed.