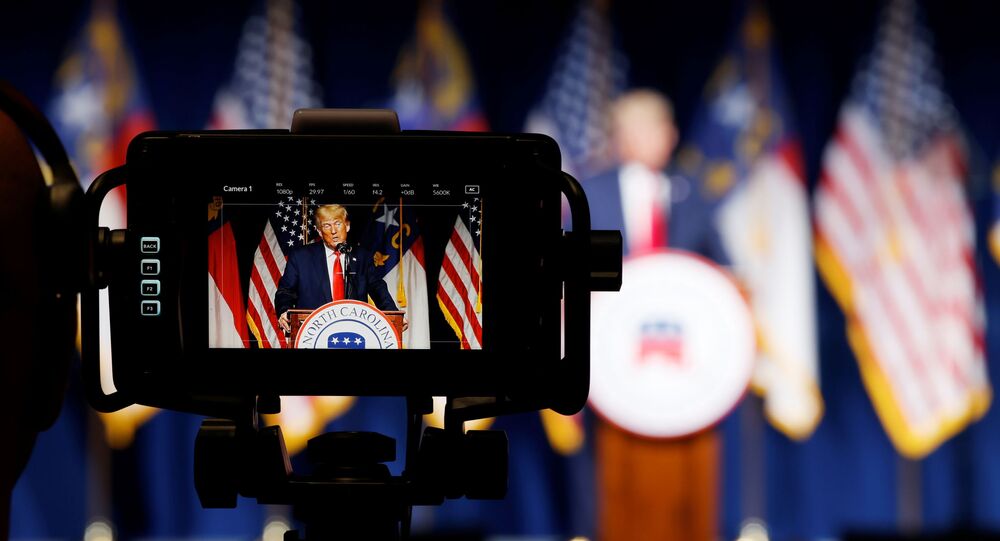 On Monday, Fox News host Tucker Carlson voiced his suspicion on-air that the National Security Agency (NSA) under the Biden administration is tracking his electronic communications for "political reasons".

Former US President Donald Trump on Tuesday appeared on the Clay Travis and Buck Sexton Show to back Fox News personality Tucker Carlson's claims that the NSA is spying on the latter on behalf of the Biden administration.

“I think it’s true. It’s totally believable", said Trump after he was asked about his opinion on Carlson's assertions.

The ex-president added that he, back when he was still allowed to post on Twitter, argued that his presidential campaign was, as the interviewer put it, “targeted by the deep state”.

"I put it on a tweet, saying: 'I understand that I was targeted and that they were spying on my campaign', do you remember that? And all hell broke out!", Trump said.

Carlson, earlier on Monday, alleged that the NSA was "spying" on him for "political reasons", suggesting that it might be happening so as to set the stage to take his Fox News show "Tucker Carlson Tonight" off the air. According to the 52-year-old anchor, the NSA "is monitoring our electronic communication and is planning to leak them".

Carlson said that a whistleblower within the US government who allegedly shared the claim with him had data that could only be obtained from Carlson's personal texts and emails. The conservative US political television personality did not provide evidence to back his claim.

When asked to comment on Carlson's allegations, the White House press secretary, Jen Psaki, said simply that the NSA "is an entity that focuses on foreign threats".

"That is their purview", Psaki said, responding to reporters on Air Force One. "But beyond that, I would point you to the intelligence community."

'This is Scary': Tucker Carlson Says Biden Administration Spying on Him for 'Political Reasons'