Ex-UN Official: ‘If Assange Were Found Dead, I'd Suspect Extrajudicial Execution CIA is Known For’ 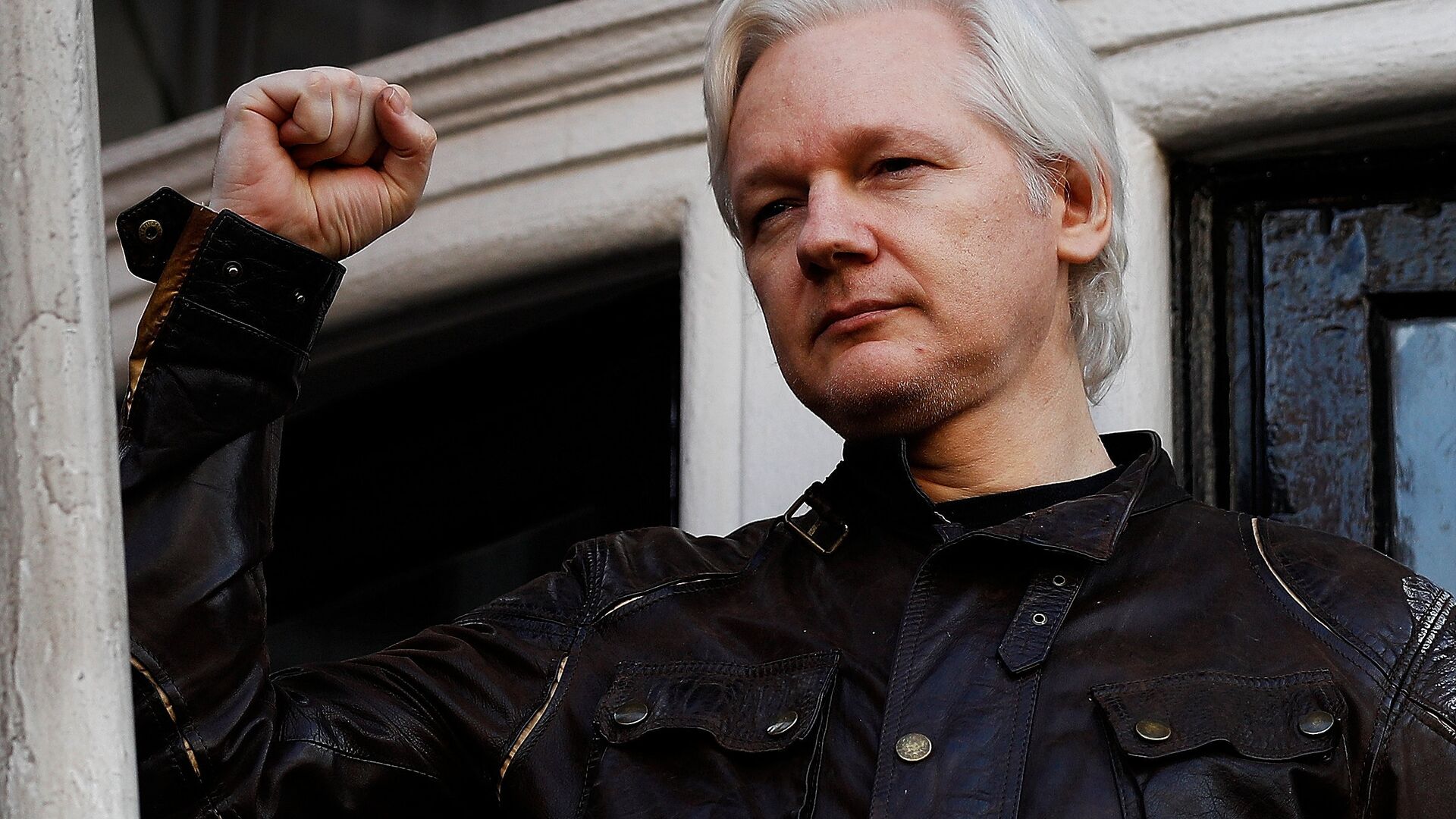 © REUTERS / Peter Nicholls
Subscribe
International
India
Africa
Ekaterina Blinova
All materialsWrite to the author
Retired UN Independent Expert on the Promotion of a Democratic and Equitable International Order Alfred-Maurice de Zayas has sat down with Sputnik to discuss the latest developments in the trial of Julian Assange, as it has now turned out one of the hacking cases was falsely attributed to the WikiLeaks founder.

Sigurdur Ingi Thordarson, a major witness in the US Department of Justice case against Julian Assange, has admitted to fabricating key accusations in the indictment against the WikiLeaks founder concerning his alleged hacking activities in Iceland, according to the Icelandic newspaper Stundin. Commenting on the development, Edward Snowden tweeted on 26 June that "this is the end of the case against Julian Assange".

Sputnik: Would you agree with the ex-NSA whistleblower? How could the latest findings help the WikiLeaks founder?

Alfred de Zayas: I am not as optimistic as Edward Snowden. The fact that the indictment against Assange now becomes even weaker because of the lies of Thordarson will not stop the indictment. The US is committed to setting an example for all future whistleblowers. The case against Assange was never a legal case, but a political one. The politics have precedence over the law, the US Department of "Justice" will double-down on other aspects of the trumped-up case against Assange.

This is the end of the case against Julian Assange. https://t.co/bhFCfVBuq0

​The UN Working Group on Arbitrary Detention has repeatedly declared the detention and persecution of Assange to be in violation of article 9 of the International Covenant on Civil and Political Rights, which both the US and the UK have ratified. The Working Group and several UN rapporteurs, including Nils Melzer, the UN rapporteur on torture, and myself have demanded Assange's immediate release. Melzer just published a brilliant book in German - Der Fall Julian Assange (Piper Verlag, Munich 2021), which describes in detail the breakdown of the rule of law in the US, UK, and Sweden.

What we are witnessing here is a war on journalism and a war on whistleblowers. The problem is compounded by the complicity of the mainstream media that has played the game since day one, participated in the demonisation of Assange, and on the dissemination of false accusations. 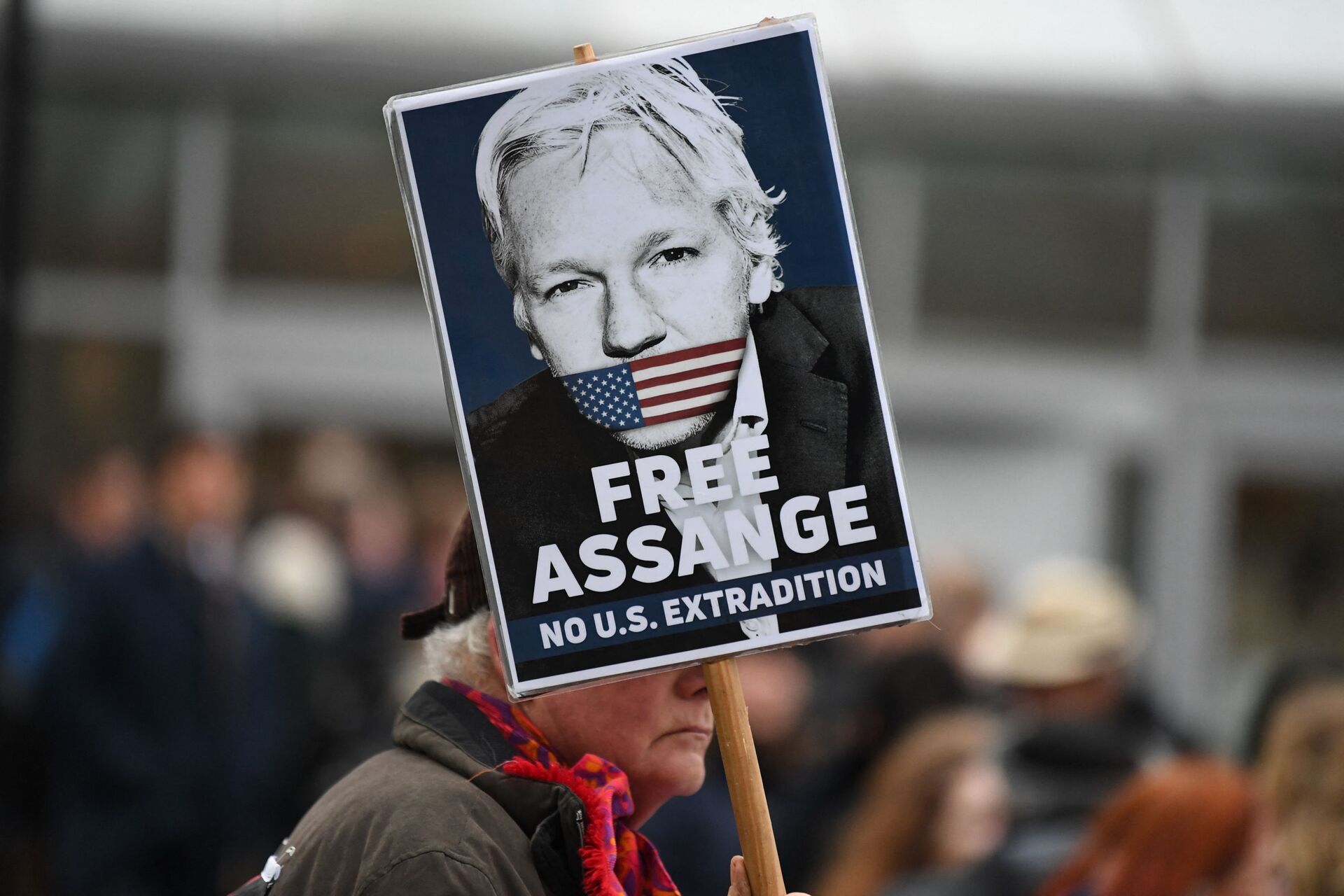 A supporter of WikiLeaks founder Julian Assange holds a placard calling for his freedom outside Woolwich Crown Court and HMP Belmarsh prison in southeast London on February 24, 2020, ahead of the opening of the trial to hear a US request for Assange's extradition
© AFP 2023 / DANIEL LEAL-OLIVAS

Alfred de Zayas: I doubt that Biden will change the policies that already his mentor Barack Obama has put in place – not only against Assange, but against Chelsea Manning, Edward Snowden, and many others. Biden will say a few banalities to save face, but I expect no "presidential pardon" as Trump gave to convicted war criminals.

Personally, I think that Joe Biden's political image would be significantly improved if for once he were to take the morally necessary and courageous decision. But Biden is surrounded by hawks, who will not permit the "good image" of the US Army to be sullied by a "hacker", nor will they allow prosecution of US soldiers for war crimes committed in Afghanistan or Iraq.

The Pentagon wants to crush any opposition, any dissent, and will persecute whoever dares uncover US crimes. You see, we Americans are "the good guys" by definition. This is what I learned in high school in Chicago, and which I believed for many years – as an item of faith, a religion. Anyone who says differently must be evil or deranged. 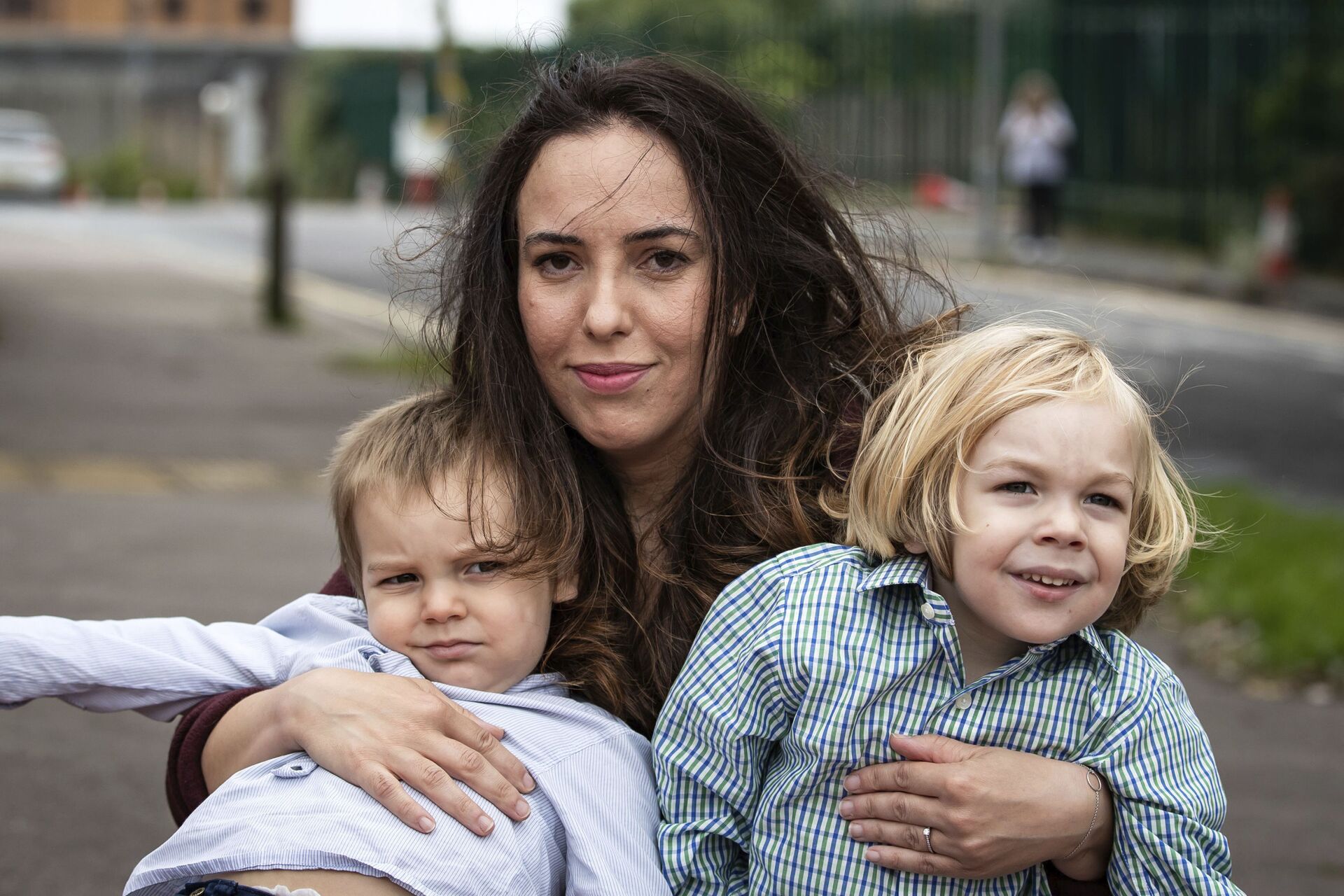 Stella Moris poses for a photo with her sons, Gabriel, right and Max leave Belmarsh Prison after visiting her partner and their father, Julian Assange, in London, Tuesday, Aug. 25, 2020
© AP Photo / Aaron Chown

Sputnik: After John McAfee's mysterious death in a Spanish jail, Snowden tweeted that Assange "could be next", condemning the US court system for being so unfair that it triggers defendants to commit suicide rather than to be subject to it. Would you agree that Assange is on the verge of despair? How does it correlate with the US lecturing other countries about "human rights"?

Alfred de Zayas: I do not think that Assange would ever commit suicide. Admittedly, it has been five years since I met Assange at the Ecuadorian Embassy (I spent over three hours with him). The man impressed me by his sharp intellect, courage and resilience. I know that he is a fighter by nature. Besides, he is the father of two young boys and intends to marry Stella Morris, the mother of his children.

Europe should not extradite those accused of non-violent crimes to a court system so unfair — and prison system so cruel — that native-born defendants would rather die than become subject to it. Julian Assange could be next.

Until the system is reformed, a moratorium should remain. https://t.co/tUociySmVy

​He has no reason whatever to commit suicide. He is certainly not on the verge of despair – but the mainstream media is creating the "narrative" so that if he is "whacked", we in civil society meekly accept it, instead of demanding an international commission to investigate. 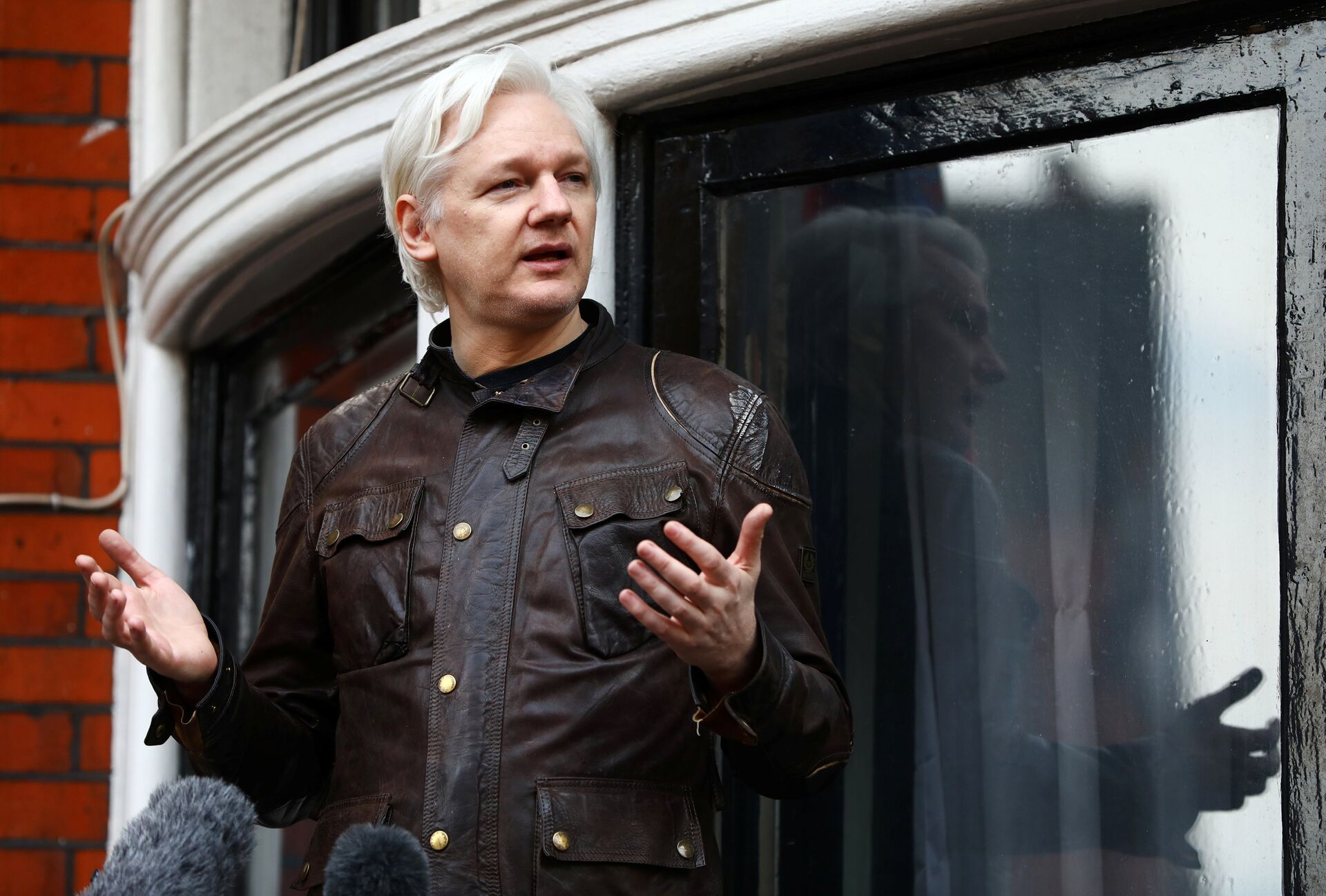 WikiLeaks founder Julian Assange is seen on the balcony of the Ecuadorian Embassy in London, Britain, May 19, 2017
© REUTERS / Neil Hall

Sputnik: Some argue that McAfee was not suicidal, and refer to his earlier warning that if he dies "like Epstein", it would mean he was "whacked". There are those who also argue that Epstein did not kill himself. Would you agree that the US and EU have repeatedly failed to protect "stellar witnesses"? Could this be yet another reason to be concerned about Assange's security?

Alfred de Zayas: If Assange were to be found dead at the Belmarsh prison, I would suspect an extrajudicial execution for which the CIA is well known and experienced. Perhaps not as "nasty" a murder as that of Kashoggi by Saudi thugs, but just as certain as the elimination of Jeffrey Epstein and John McAfee, both of whom knew too much.

McAfee was certainly not suicidal – as his widow has confirmed repeatedly. McAfee knew that he was targeted and that the US would not hesitate for a minute to engage in a targeted killing. I put the blame on the Spanish authorities who arrested him and on the Spanish judges who ruled in favour of extradition. Spain does not even extradite criminals who committed racist murders in Venezuela (burning Chavistas alive during the "guarimbas") who fled to Spain to avoid prosecution.

Actually the whole "business" of extradition is as politicised as international law and human rights law. The US and EU have a bad record of deliberately not protecting stellar witnesses. Worse, the US and EU have a record of complicity in the "extraordinary renditions" of the "war against terror" – and no one was even shocked when UN Rapporteur on Terrorism, Ben Emmerson, Q.C., uncovered the network of official criminality.

The Human Rights Council listened politely and his report was filed away and forgotten. Alas, human dignity counts little these days. Anything for the Machiavellian "the end justifies the means". But what when not only the means but also the end is evil? What when the end is the Orwellian dystopia toward which we are relentlessly rushing?