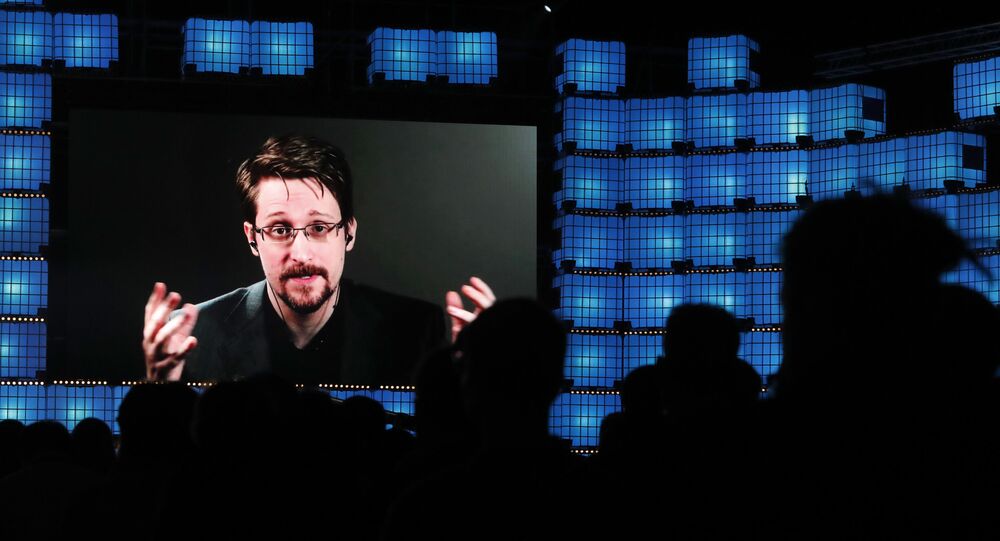 ‘This is End of Case Against Assange’, Snowden Says After Report Reveals Lies in Journo’s Indictment

In early 2020, a UK district judge ruled not to extradite Julian Assange to the US, but decided that he must wait in prison for the outcome of an appeal filed by American prosecutors.

Sigurdur Ingi Thordarson, a former WikiLeaks volunteer-turned-FBI informant, has admitted to fabricating important parts of the accusations in the indictment against Julian Assange, according to the Icelandic newspaper Stundin.

In an interview with the news outlet, Thordarson, who is an Icelandic citizen, also confessed that he fabricated the claim that Assange had instructed him to commit computer intrusions or hacking in Iceland.

“In fact, Thordarson now admits to Stundin that Assange never asked him to hack or access phone recordings of [Icelandic] MPs. His new claim is that he had in fact received some files from a third party who claimed to have recorded MPs and had offered to share them with Assange without having any idea what they actually contained. He claims he never checked the contents of the files or even if they contained audio recordings as his third party source suggested”, the newspaper reported on Saturday.

Thordarson also provided Stundin with chat logs that date back to 2010 and 2011, and which indicate his frequent requests for hackers to either attack or get information from Icelandic entities and websites.

The newspaper insists that none of the logs show that Thordarson was asked to turn to hackers by anyone inside WikiLeaks. According to the newspaper, the logs actually reflect Thordarson’s constant attempts to inflate his position, as he described himself as chief of staff or head of communications.

Separately, Stundin quoted former Icelandic Interior Minister Ogmundur Jonasson as claiming that US authorities “were trying to use things here [in Iceland] and use people in our country to spin a web, a cobweb that would catch Julian Assange”.

Former US National Security Agency (NSA) member Edward Snowden was quick to react to Stundin’s article by tweeting that “this is the end of the case against Julian Assange”, a sentiment that was largely echoed by investigative journalist Glenn Greenwald, who noted on his Twitter page that “It should be”.

In January, UK District Judge Vanessa Baraitser ruled not to extradite Assange to the US, citing health reasons and the risk of suicide in the American prison system. The judge, however, decided that the WikiLeaks founder must stay in jail to wait for the outcome of an appeal by US prosecutors against the British court's ruling.

© AFP 2021 / TOLGA AKMEN
Julian Assange Plans to Marry his Fiancée Moris in Prison
Assange was arrested in London on 11 April 2019, and sentenced to 50 weeks in prison for skipping bail in 2012, when he took refuge inside the Ecuadorian Embassy in the UK capital to avoid extradition to Sweden, where he was facing sexual assault charges that were later dropped by a Swedish court.

The 49-year-old publisher is wanted by the US Justice Department on espionage and computer fraud charges after WikiLeaks made public thousands of secret files and classified information that shed light on possible war crimes committed by American troops in Iraq and Afghanistan. Assange faces up to 175 years inside a top security prison if convicted in the US.