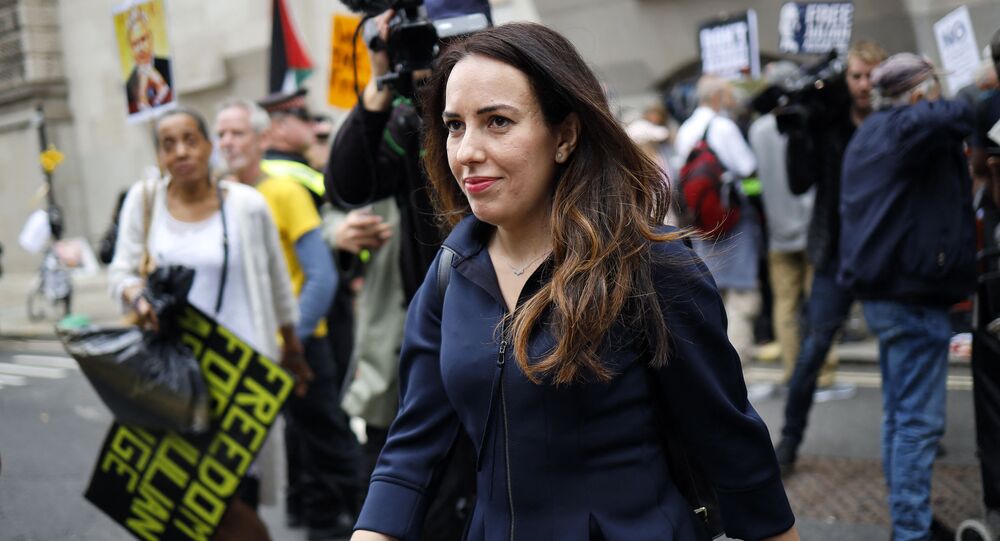 Julian Assange Plans to Marry his Fiancée Moris in Prison

In January, UK district judge ruled not to extradite Assange, citing health reasons and the risk of suicide in the US prison system, but decided that he must wait in prison for the outcome of an appeal filed by US prosecutors.

"We're looking into getting married in prison because we've been engaged since 2016," Moris said as quoted by the dpa.

According to Moris, if the couple succeeds in getting married in prison, then after the release of Assange they will celebrate the wedding with friends and family. Moris did not name specific dates, citing bureaucratic obstacles.

"We have spoken to the Belmarsh chaplain services about it and they said they haven't seen a wedding in Belmarsh for as long as they've been there, which is 12 years. So it's not a straightforward thing to do," explained Morris.

In September last year, Moris announced that she was planning to plan a wedding with Assange for Christmas.