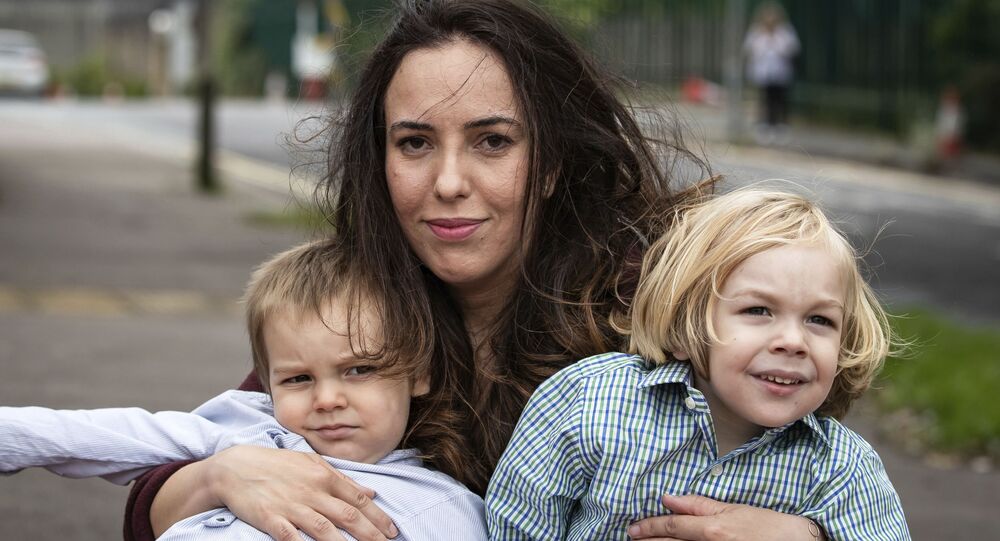 WikiLeaks co-founder Julian Assange is wanted by the US Justice Department on espionage and computer fraud charges, and faces up to 175 years in solitary confinement inside a top security American prison if convicted in the United States.

“If Biden really wants to break with the Trump legacy, then he has to drop the case. They can’t maintain this prosecution against Julian while saying that they defend global press freedom,” said Stella Moris in an interview for the outlet.

Moris made the case that a democracy worth its name should be able to stomach manifestations of internal dissent.

“A superpower that has a free press is very different in nature from one that does not.”

According to the woman, who earlier slammed the ongoing incarceration of Australian-born Assange at Belmarsh, one of England’s highest security prisons, as “intolerable and grotesque,” said the 49-year-old still had the fighting spirit in him. “He’s very low but he’s fighting. He has the hope that this will end soon,” said the lawyer and member of Assange’s legal team, adding:

“I think there’s no doubt that Julian wouldn’t survive an extradition.”

© AFP 2021 / TOLGA AKMEN
Stella Moris, the partner Wikileaks founder Julian Assange, leaves the Old Bailey court during a break for lunch, in central London on September 7, 2020, on the first day of the resumption of Assange's extradition hearing

The South Africa-born woman who holds Spanish and Swedish nationality likened the whistleblower’s treatment to the way some journalists are ostensibly treated in China and Saudi Arabia. Moris also revealed in the interview that the couple, who first met in 2011 and have two young boys, were planning to marry soon inside the prison, once the relevant paperwork had been completed.

Assange had recently been allowed to see his sons, said Moris, when she visited him. “He was happy to see us, but he’s struggling,” she said.

Stella Moris voiced hope Julian Assange’s case might be viewed differently under the current administration of President Joe Biden, while stopping short of acknowledging whether his legal team had held talks with US officials.

.@Potus: The #Assange indictment turns the act of journalism into a crime under US law.

WikiLeaks co-founder Julian Assange was arrested in London on 11 April 2019, and sentenced to 50 weeks in prison for jumping bail in 2012.

Back then, he had taken refuge inside the Ecuadorean embassy in the UK capital to avoid extradition to Sweden, where he was facing sexual assault charges. These were later dropped by the Swedish court.

In January 2021, UK district judge Vanessa Baraitser ruled against extraditing Assange, citing health reasons and the risk of suicide in the US prison system, but decided that the 49-year-old must wait in prison for the outcome of an appeal filed by US prosecutors.

Julian Assange; Afghanistan War; and All About COVID-19