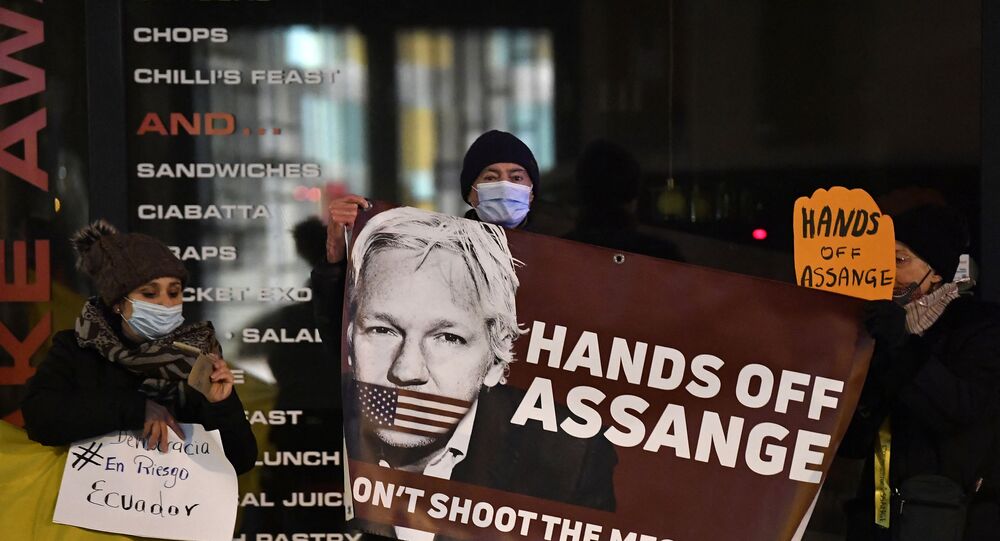 LONDON (Sputnik) - Over 20 UK lawmakers from five different parties have urged US President Joe Biden to drop charges against WikiLeaks co-founder Julian Assange in an open letter sent to the White House ahead of the Group of Seven summit in the English county of Cornwall, the Don't Extradite Assange campaign reported on Friday.

"Our countries are also increasingly confronted with the contradiction of advocating for press freedom abroad while holding Mr. Assange for years in the UK's most notorious prison at the request of the US government. We appeal to you to drop this prosecution, an act that would be a clarion call for freedom that would echo around the globe", the letter signed by the cross-party group read.

Assange was arrested in London on 11 April 2019, and sentenced to 50 weeks in prison for jumping bail back in 2012, when he took refuge inside the Ecuadorean embassy in the UK capital to avoid extradition to Sweden, where he was facing sexual assault charges that were later dropped by the Swedish court.

The whistleblower is wanted by the US Justice Department on espionage and computer fraud charges after WikiLeaks published thousands of secret files and classified information that shed light on war crimes committed by US troops in Iraq and Afghanistan. He faces up to 175 years in solitary confinement inside a top security American prison if convicted in the United States.