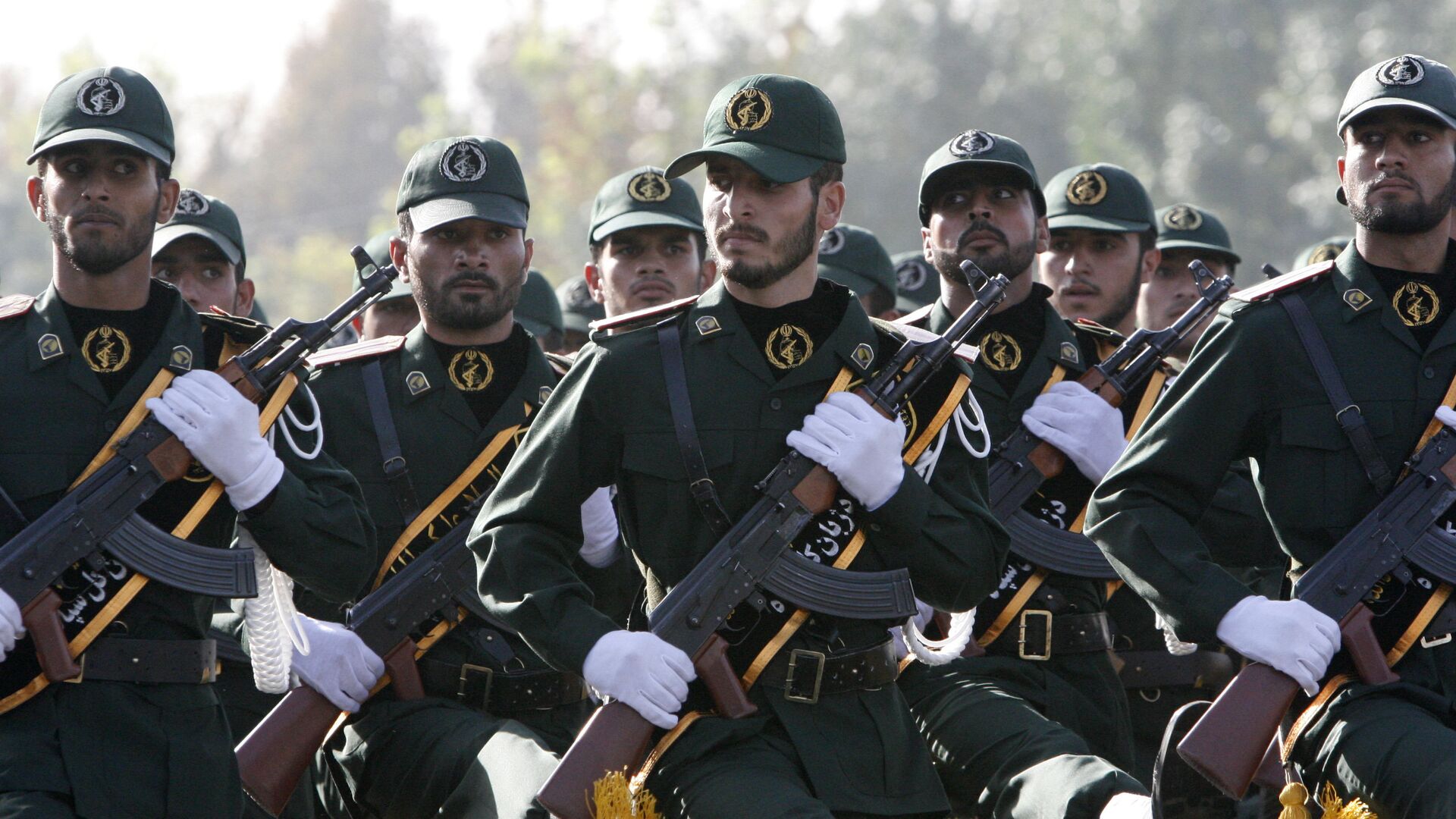 Ekaterina Blinova
All materialsWrite to the author
Ebrahim Raisi's presidential victory has brought an end to the era of division in Iranian politics, says Iranian journalist and security analyst Mahan Abedin, forecasting that internal cohesion will make Tehran more confident in asserting its values and interests on the international stage.

On 19 June, Ebrahim Raisi, a 60-year-old chief justice, won a landslide victory in Iran's presidential election with nearly 62 percent of the vote. The Iranian president-elect has since been congratulated by the heads of Russia, Turkey, China, Syria, the United Arab Emirates, and other countries.

Israel, meanwhile, rushed to lash out at the new Iranian leader, insisting that Raisi's victory should "prompt grave concern among the international community". For its part, the US State Department denounced the country's elections as "unfree" and "unfair", a claim shredded by Tehran.

Mahan Abedin, an Iranian journalist and security analyst, has explained how Raisi's win may refurbish Iran's political system as well as performance on the world stage.

Sputnik: Ebrahim Raisi's victory has prompted a wave of criticism and anxiety in Israel and the US. What is so annoying for them about Raisi's future presidency?

Mahan Abedin: Broadly speaking, Iran's rivals and adversaries are unhappy with the election's outcome as President-elect Raisi not only won by a wide margin but equally important his background, standing, personality, and approach all point to greater unity and cohesion within the system.

For the past 24 years (since the victory of reformists in the 1997 presidential election) Iranian politics has been characterised by a sharp reformist versus principlist divide which has complicated policy making in both the domestic and foreign policy arenas. That era has come to an end.

For the next four years at least – and very likely eight years assuming Raisi is re-elected in 4 years' time – the Iranian system will not only appear outwardly more united but more importantly it is set to experience a level of internal cohesion and unity of purpose not seen for decades. Naturally, greater cohesion and unity will produce greater levels of self-confidence and needless to say this is inimical to the interests of Iran's rivals and adversaries. 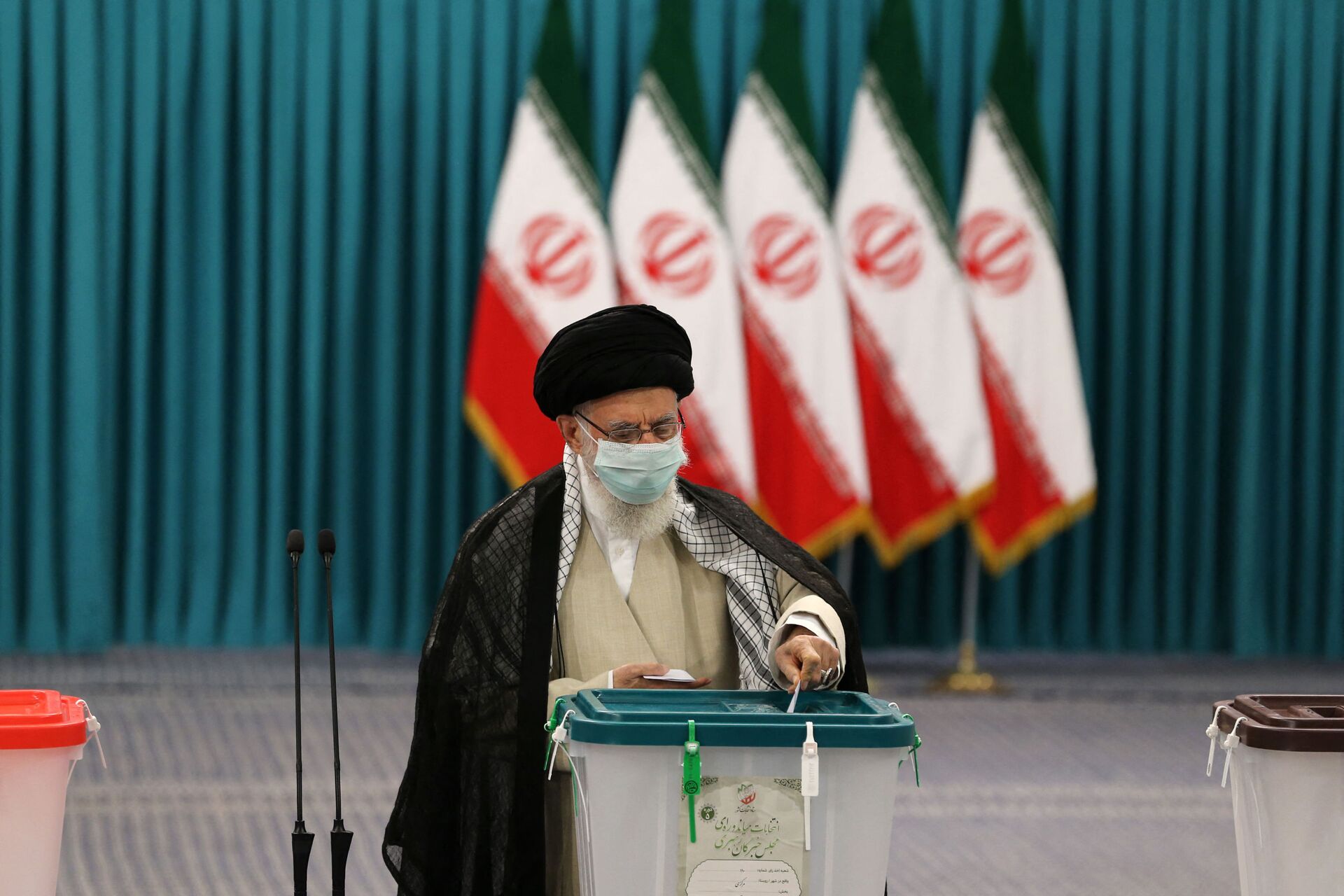 Sputnik: The Iranian conservative camp led by the supreme leader is said to be consolidating power, with Raisi assuming the presidency and former Islamic Revolutionary Guard Corps (IRGC) commander Mohammad Bagher Ghalibaf serving as speaker of the Iranian Parliament since 2020. How might this affect the country's domestic and foreign agenda? What imminent changes are we likely to see?

Mahan Abedin: First of all, your description of the leader belonging to the "conservative" camp is incorrect. From both constitutional and empirical viewpoints, the leader, Ayatollah Seyed Ali Khamenei, sits above the political fray so he cannot be associated with any faction. Second, the Iranian system has well-established mechanisms and patterns of policy making and these structures do not respond well to sudden and dramatic policy changes. In view of the dense institutional environment of the Islamic Republic, policy-making is a slow process as it requires intra-institutional consensus.

Raisi's ascent to the presidency may speed up the process – in view of the fact he is an establishment man par excellence – but that doesn't mean there will be a radical departure from established policies. Indeed, I believe domestic and foreign policies will remain broadly the same. In foreign policy we will witness a pivot towards the East, notably China, but this will take time to materialise. What will change almost immediately though is Iran's attitude and self-confidence. In future Iran will have greater confidence in asserting its views, values, and interests in the international arena and of course this has consequences for friends and foes alike. 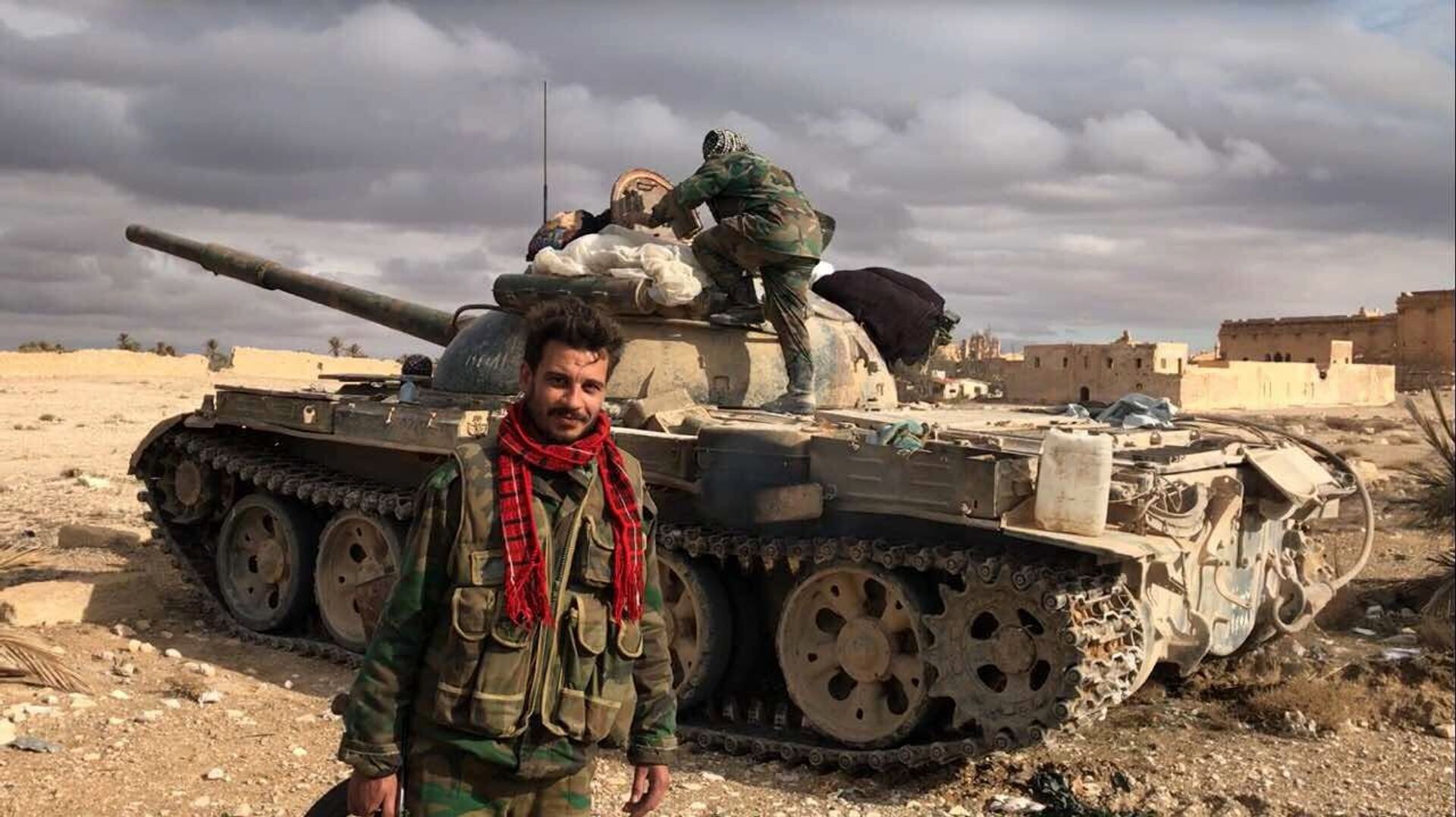 Sputnik: How could the latest changes influence the existing status quo in Syria? Will Iran increase aid to Syria and step up pressure on the US with the aim of squeezing the Americans and their proxies from the region?

Mahan Abedin: Iran will persist in pursuing its interests and agenda in Syria, chief amongst these being the full restoration of Syrian sovereignty over its territory and the expulsion of all uninvited foreign forces, notably US forces from the east of the country.

Similar to Russia, Iran has long-term interests in Syria, and it is in both countries' interests to eliminate or, failing that, to suppress all sources of instability in the country, including terrorist groups in Idlib Province, Kurdish irredentism in the northeast, and last but not least the expulsion of Western and NATO-aligned forces. 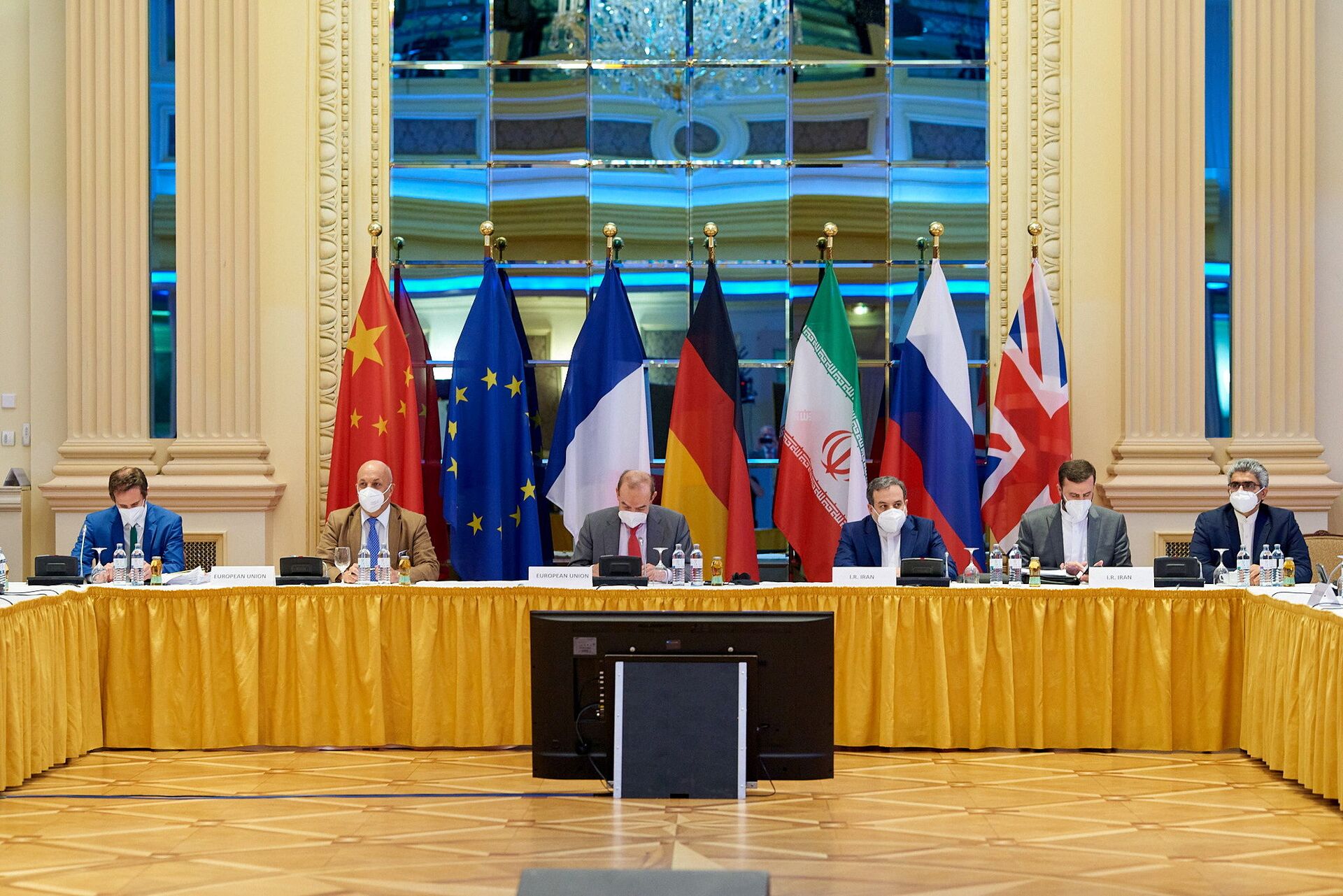 Sputnik: In one of your latest articles, you noted that the nuclear deal is not necessarily indispensable and that the Islamic Republic can continue to thrive in the world without the JCPOA. How could Raisi's victory affect the indirect US-Iran nuclear negotiations? Could one expect that if the US tries to mount pressure on Tehran, the Iranian leadership may threaten Washington with tearing the deal apart?

Mahan Abedin: There is a consensus within the Iranian system to restore the JCPOA, but on two conditions: the US must lift all nuclear-related sanctions first and the Americans have to provide iron-clad guarantees that they won't unilaterally leave the deal like last time under the former Trump administration.

In view of the fact that the JCPOA is not a treaty it is always vulnerable to the political vicissitudes in Washington, DC. Iran wants to minimise that risk and there are unconfirmed reports that the Iranian negotiating team in Vienna is demanding the American side provide written guarantees they will not in future unilaterally violate or abandon the deal.

Iran is a responsible international actor so it is not in the business of threatening to tear deals apart as long as these deals are consistent with international law and the national interest. That being said, Iran can indeed live without a formal nuclear deal even in the event of sustained economic hardship. The last three years has proven to the world the remarkable resilience of the Iranian economy which in turn has boosted Iran's self-confidence.

If the American side makes unreasonable demands either in the context of the Vienna talks or once the JCPOA has been restored, by for instance trying to broaden the parameters of the deal to include non-nuclear issues, then Iran's response is likely to be robust and unequivocal. As I said before a new era has started and Washington must take stock of that reality if it wants to depart the West Asia region in an orderly fashion.