Kamala Harris Has a Message to Guatemalan Migrants: 'Do Not Come' to the US 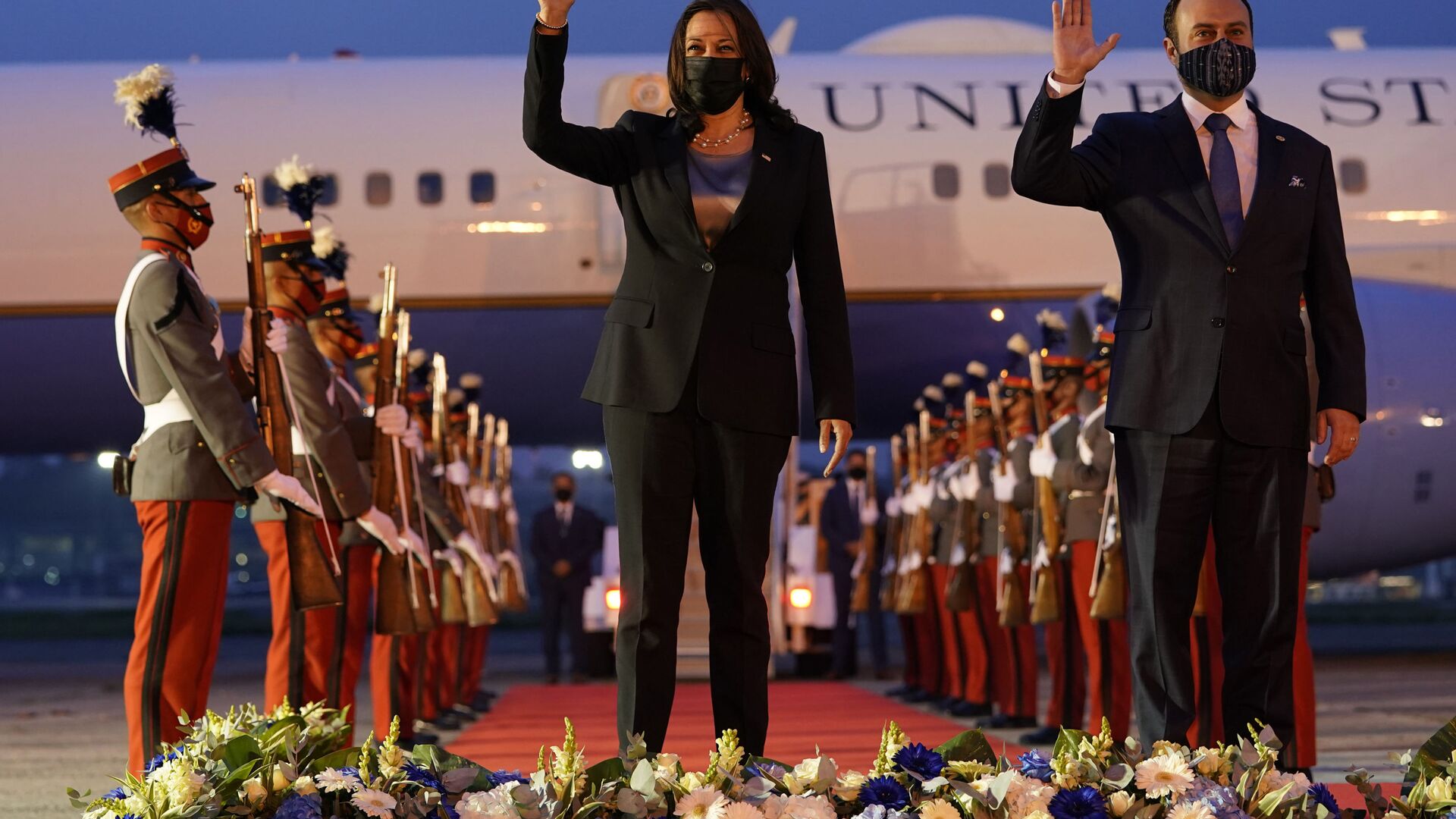 Aleksandra Serebriakova
Moscow-based Sputnik correspondent specializing in foreign affairs.
All materialsWrite to the author
Both US President Joe Biden and Vice President Kamala Harris are making their first foreign trips in their new jobs this week. Biden is heading to the European continent, and Harris, who was given the task in March to lead the administration's efforts in battling migration from Northern Triangle countries, is finally going to Guatemala and Mexico.

After holding "robust" talks with Guatemalan President Alejandro Giammattei on Monday, Kamala Harris delivered an unambiguous message to people thinking of making the dangerous journey to the United States: "Do not come".

The vice-president, who seeks to stem the flow of illegal migrants from Central America to the United States, made the remarks at a news conference with Giammattei.

Harris added that she had arrived to Guatemala to "seek significant, tangible, and real results rather than grand gestures".

Harris has said that her trip to Guatemala - her first foreign travel undertaken as a vice-president - reflects the fact that the Biden administration considers that region a "priority".

Harris said that Guatemala and the US were "interconnected and interdependent'' and it was in their "collective interest" to work together.

Speaking from Guatemala City, Harris added that the trip also reflects President Joe Biden's priority of "reestablishing relationships" with global allies, as he is expected to make his way to the United Kingdom this week for G7 summit. Biden will then head to Brussels to meet with NATO and EU members. His first foreign jaunt as president is expected to culminate in talks with Russian President Vladimir Putin in Geneva.

The trip marked the first time Harris had set her foot abroad in an official capacity, more than two months after she was told by Biden to "stem the migration" across the US southern border. The vice-president is eager to highlight that the job is primarily designed to help the Northern Triangle countries of Central America - meaning Guatemala, Honduras and El Salvador - to tackle the "root causes" of an unprecedented wave of migrants flowing to the US through Mexico.

But she was widely criticised for appearing to be so lackadaisical over the issue - it took Harris more than 70 days to visit Guatemala after being assigned the task of sorting out immigration on 24 March. She also has yet to visit the US-Mexico border that has been at the centre of all the migration drama. 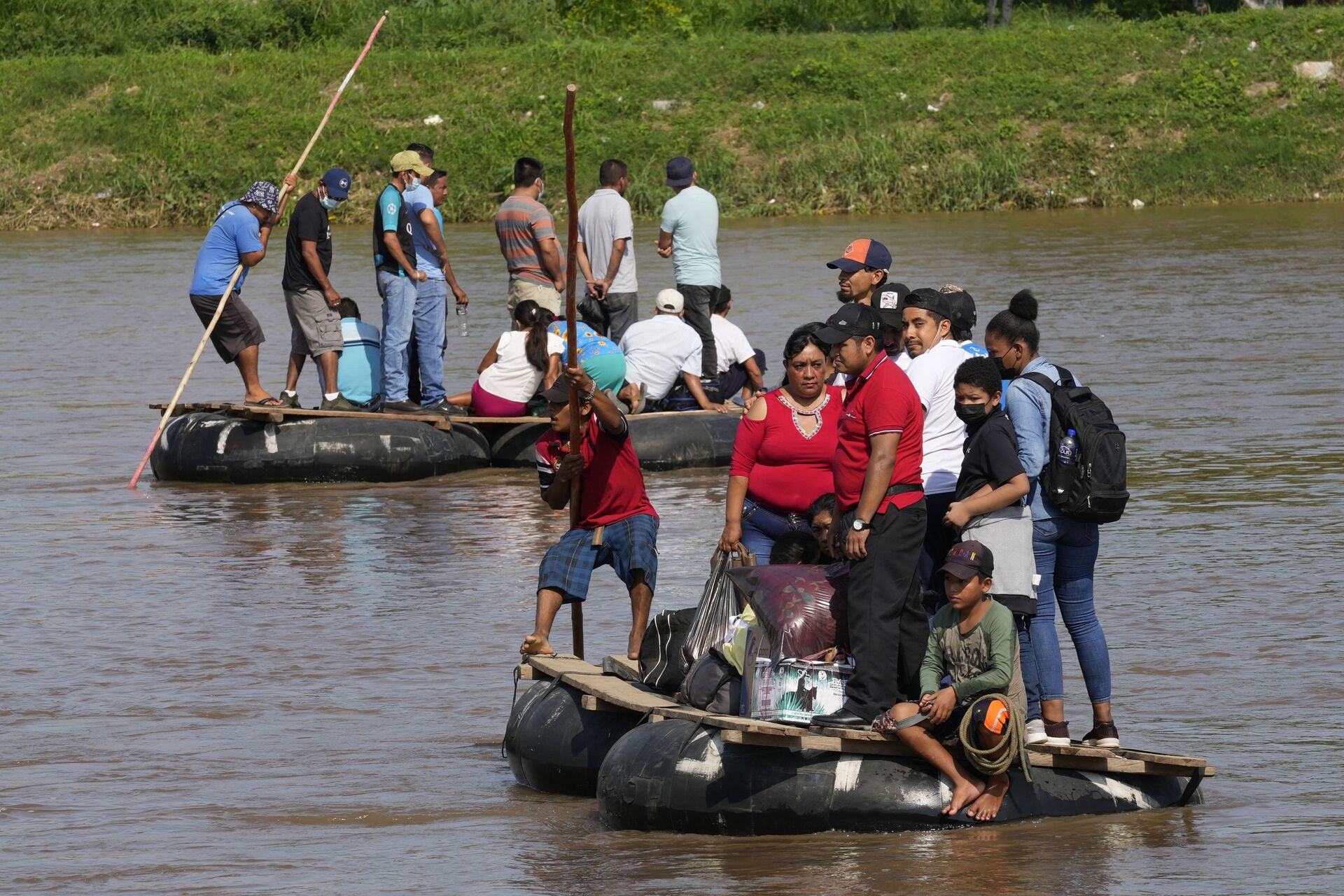 In March, the US recorded an unprecedented number of unaccompanied minors trying to enter the US, forcing Biden to re-open Donald Trump-era holding facilities, which his team had previously decried. Since entering the White House, Biden and his aides have been reluctant to publicly call the recent spike in migration a "crisis", despite the fact that in March 2021 the country recorded 172,331 south-west land border encounters - nearly double the February toll and even pre-pandemic March 2019.

White House sources earlier told CNN that Harris' aides were actually in "panic" when they learnt that the vice-president's portfolio of responsibilities had been assigned such a "politically damaging" job that might actually harm her prospects in the presidential run.

Meanwhile, there had been a real possibility that the vice-president would never land in Guatemala - her Air Force Two plane heading to the Central American country encountered a technical problem on Sunday, forcing it to return to Joint Base Andrews.

"I'm good, I'm good," Harris told concerned reporters after returning to the base. "We all said a little prayer but we're good."