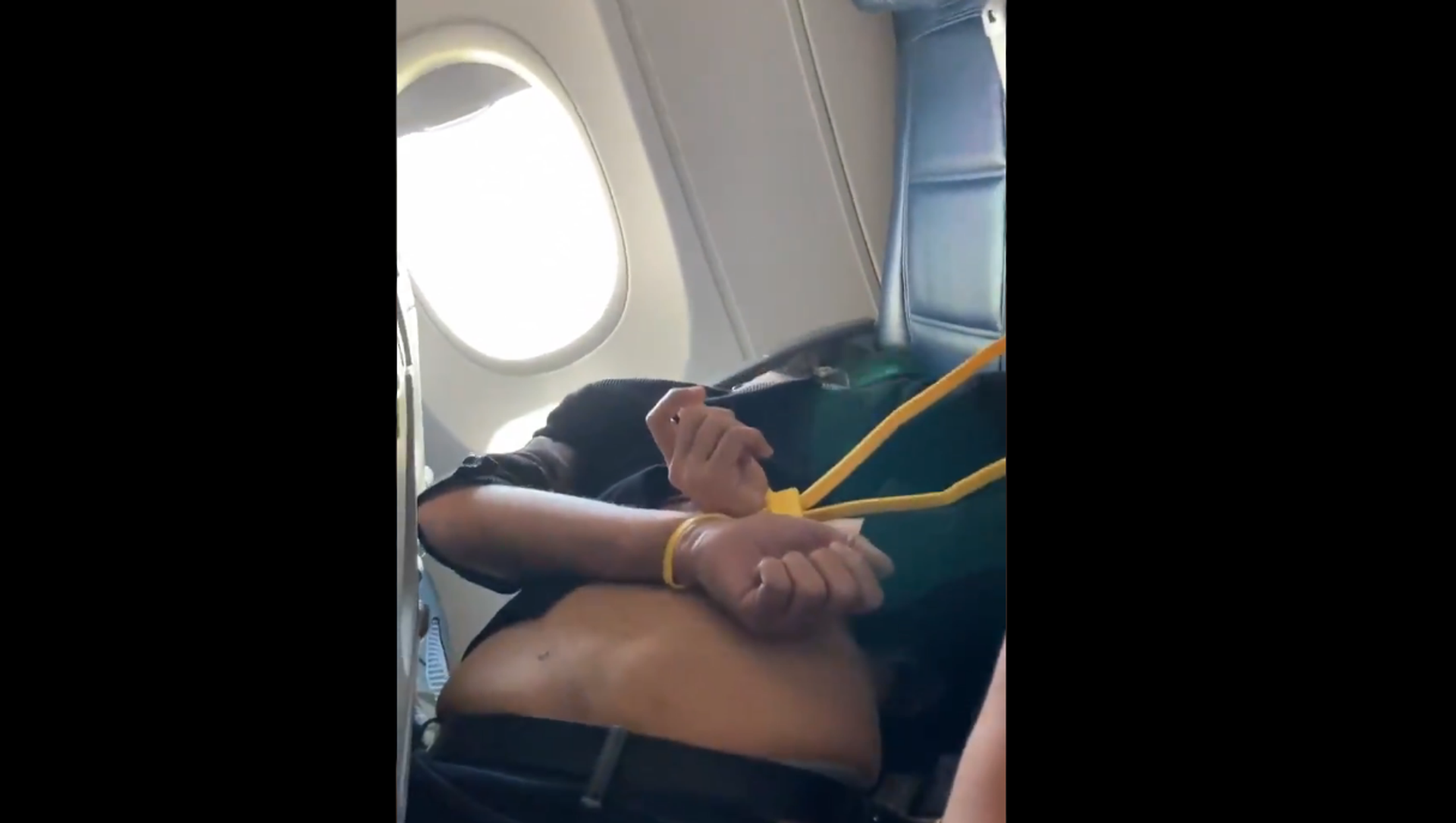 Daria Bedenko
All materialsWrite to the author
A Delta Airlines flight started its journey in Los Angeles, intending to head to Nashville, but ended up conducting an emergency landing in New Mexico's Albuquerque, due to what could have been a hijack.

A flight attendant tackled and zip-tied an unruly passenger on Delta Airlines' flight 386 from Los Angeles to Nashville after the latter reportedly tried to break into the cockpit.

The flight was diverted to Albuquerque, and, according to the air company, no one was injured.

"The plane landed safely and the passenger was removed by police and the FBI. He is in custody now", Delta stated, cited by AP.

Videos of the incident were shared online, showing the flight attendant detaining the shoeless man and tying up his hands and legs.

UPDATE: Raw passenger video shows the aftermath of a man who attempted to breach the cockpit of a Delta Airlines flight on its way to Nashville from Los Angeles on Friday. pic.twitter.com/2VDYp4Y3Tj

​In its Twitter account, FBI Albuquerque said that it had responded to "a report of a diverted flight" at Albuquerque's International Sunport, noting that there was no threat to the public.

The #FBI is responding to a report of a diverted flight at @ABQSunport. There is no threat to the public at this time. pic.twitter.com/GmnOdZPact

​Another photo showing the flight attendant who managed to prevent the escalation of the incident was posted online, with a user named "rich" suggesting that the man should to be rewarded for his efforts.