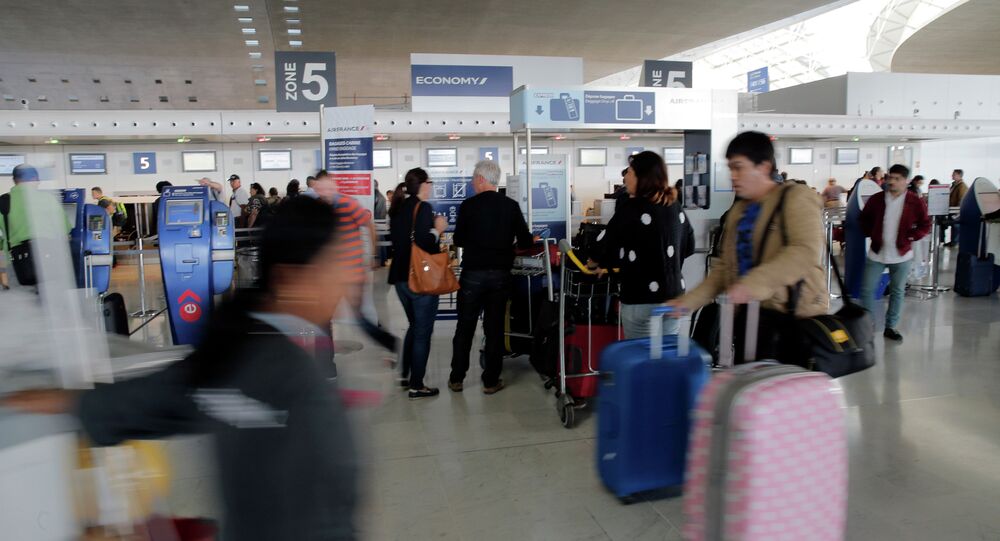 Plane From Chad Evacuated at Paris Airport Over Bomb Threat

According to the French interior minister, the government has established an interministerial crisis unit to investigate the suspected bomb threat.

An Air France plane travelling from N'Djamena to Paris was evacuated upon landing at Charles de Gaulle Airport due to the suspected presence of an explosive device, French Interior Minister Gerald Darmanin said on Thursday. Following a search of the plane, a bomb disposal squad found no explosives on board.

Earlier, Darmanin said that the plane had successfully landed at the airport without incident and had been isolated.