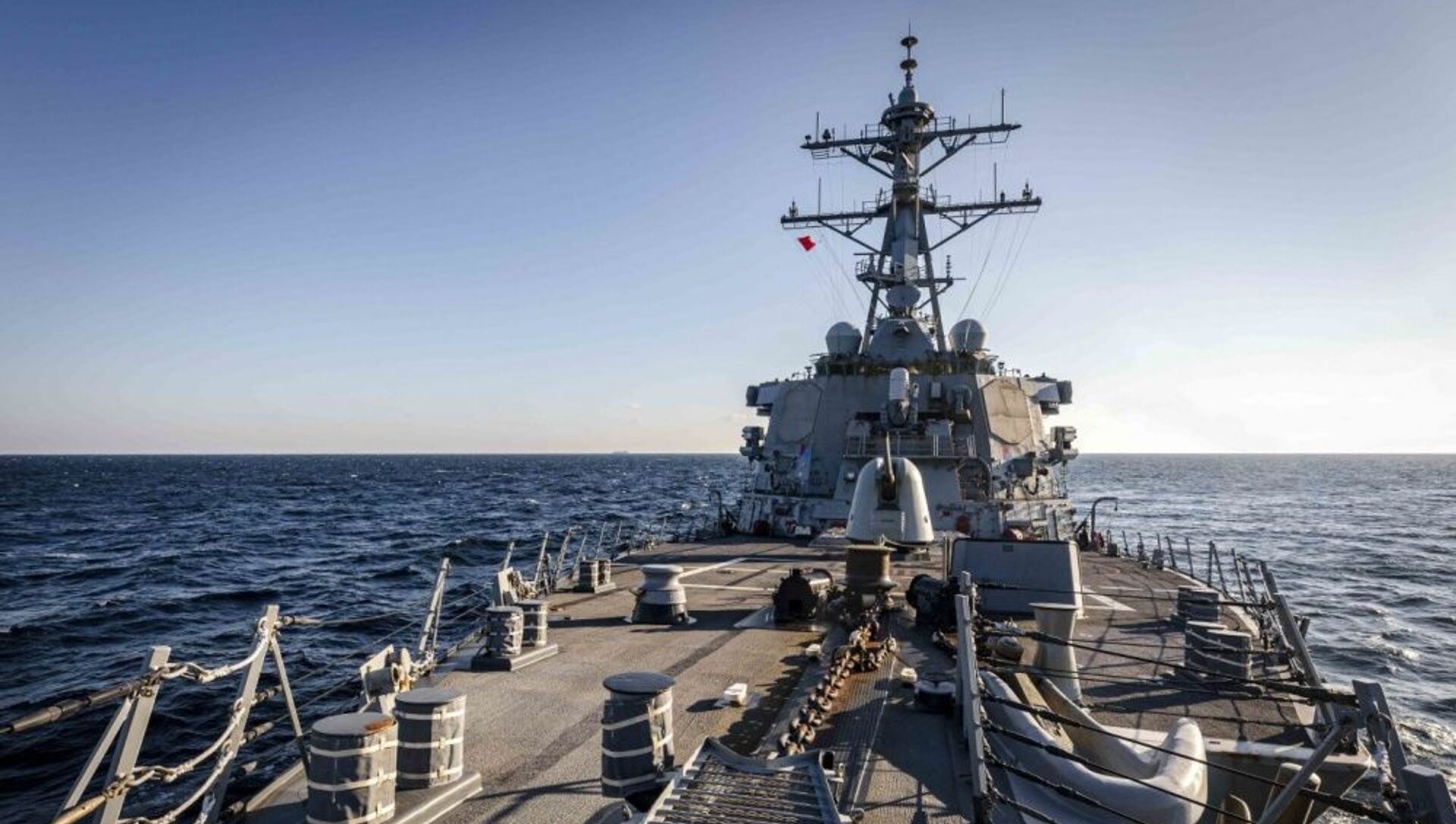 Ekaterina Blinova
All materialsWrite to the author
Joe Biden's first budget proposal indicates that the US is leaving Donald Trump's non-interventionist diplomacy behind and embracing an expansionist approach with a focus on China and Russia, American observers say, warning that it is fraught with considerable risks.

On Friday, President Joe Biden unveiled his $6 trillion budget proposal for fiscal year 2022, with $1.52 trillion for the military and domestic programmes and $4.5 trillion for infrastructure and social initiatives.

In addition to healthcare, education and renewables, Biden's budget proposal places special emphasis on defence spending. Thus, the White House has offered to allocate $715 billion - a 1.6% increase over last year – for the Pentagon as "the budget prioritises the need to counter the threat from China while also deterring destabilising behaviour by Russia".

Citing US officials, the Wall Street Journal underscores that the plan reflects Mr. Biden’s "shifting priorities toward confronting China and Russia" and reducing emphasis on wars in Afghanistan and in the Middle East.

To that end, the proposal envisages the Pentagon's active work within the framework of the Pacific Deterrence Initiative and collaboration with allies and partners in the Indo-Pacific region and the North Atlantic Treaty Organisation.

"The Euro-American world order, as they call it, a new rule-based international order wants to assign specific tasks to regions and to countries, to state actors and even to non-state actors," says Alexander Azadgan, professor of International Political Economy, and also the editor-at-large with the United World International Analytical Centre. "So, anybody who questions this new world order mechanism that they want to implement automatically becomes an enemy, whether that's Venezuela, whether that’s North Korea or even China."

However, when it comes to China it does look confusing, according to the professor: the economies of the US and the People's Republic remain intertwined with an annual trade volume close to a trillion dollars. In fact, Biden's bold plan of spending $6 trillion depends on whether the Chinese keeps buying US Treasury bills, the academic notes.

"The fact that the US wants to increase borrowing means that it's counting on China to buy still more treasuries," echoes Daniel Lazare, investigative journalist and author of "America's Undeclared War." "It is reliant on the kindness of strangers even though it regards the same strangers as a military threat. Something about this doesn't make sense."

US Uses Similar Pretexts to Justify Military Buildup in South China Sea and Arctic, Activist Says
Meanwhile, the document is also seeking to spend hundreds of million dollars on "counter[ing] Russian influence and aggression" in Europe, by bolstering the security of Ukraine, Georgia, Estonia, Latvia, and Lithuania – former Soviet Republics – among other measures.

"[The US is] looking at expansionism," Azadgan notes. "We're going back. We’re leaving Donald Trump's non-interventionist and to some extent isolationist and yet muscular diplomacy, we're going from that back to the Trans-Atlantic alliance’s firm stance on wanting to neutralise Russia. They see Russia as a clear and present danger."

As the US is pursuing hegemonic interests across the world, it constantly needs to come up with "new enemies", according to the academic.

This time it could pan out differently, warns Lazare. According to him, the proposed budget is yet another sign that America is entering into "a new stage of great power confrontation with potentially dangerous consequences." 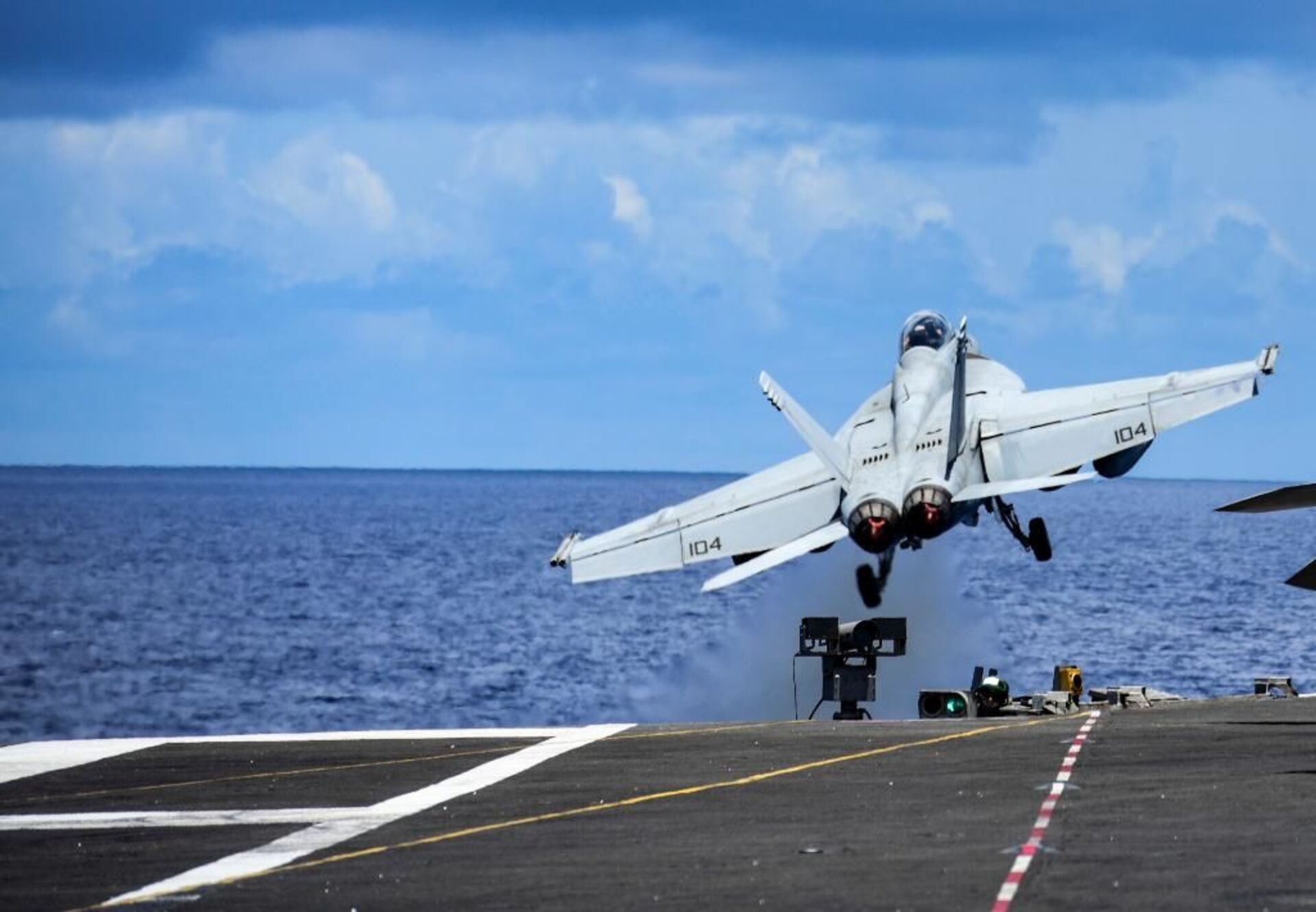 'Liberals Should be Careful About What They Wish For'

Even though Washington's bellicosity plays into the hands of both liberals and neoconservatives, present budget proposals are "works of fiction that end up looking very different by the time they go through the congressional meat grinder than when they began," Lazare points out.

"Requests can grow or shrink depending on how the bargaining shapes out on Capitol Hill," he notes. "Even though Democrats have a majority in the House and 50-50 parity in the Senate, the filibuster gives Republicans effective veto power on whatever they come up with, which means that few items will make it through if they rub Mitch McConnell the wrong way."

Bidenomics: Democratic Politburo's Interests Contradict Those of US Middle Class, Author Says
For instance, on 28 May, the GOP managed to successfully filibuster the Democrat-backed 6 January Commission bill in the US Senate.

Republican deficit hawks remain highly sceptical about the White House's spending spree and substantial tax hike on corporations and high-income households to pay for its plans.

In addition to that, the Biden plan is also hitting a raw nerve of those conservatives who are sounding the alarm about rapidly soaring inflation. According to Lazare, the president's proposal is "extremely optimistic with regard to inflation, which it projects to run at just two percent per year despite all signs pointing to a level of four percent or more".

"Inflation makes it easier to borrow, which is certainly convenient from Biden's point of view since he wants to increase US government debt by $14.5 trillion over the next decade according to the New York Times," the author says. "That's better than a 50-percent increase over current levels. But while Democrats seem to think that debt is risk-free, Republicans beg to differ, which is why they're sure to use the filibuster to apply the brakes."

By seeking to maintain global leadership, the Biden administration risks stretching too thin, according to Lazare. Despite believing that Donald Trump's policy was a "mess", the investigative journalist gives credit to the former president for "sensing" that "the US was over-extended and it was time to pull back".

"Liberals are thrilled that a Democrat is back in the White House. But the lesson of the proposed 2022 budget is that they should be careful about what they wish for," the author concludes.