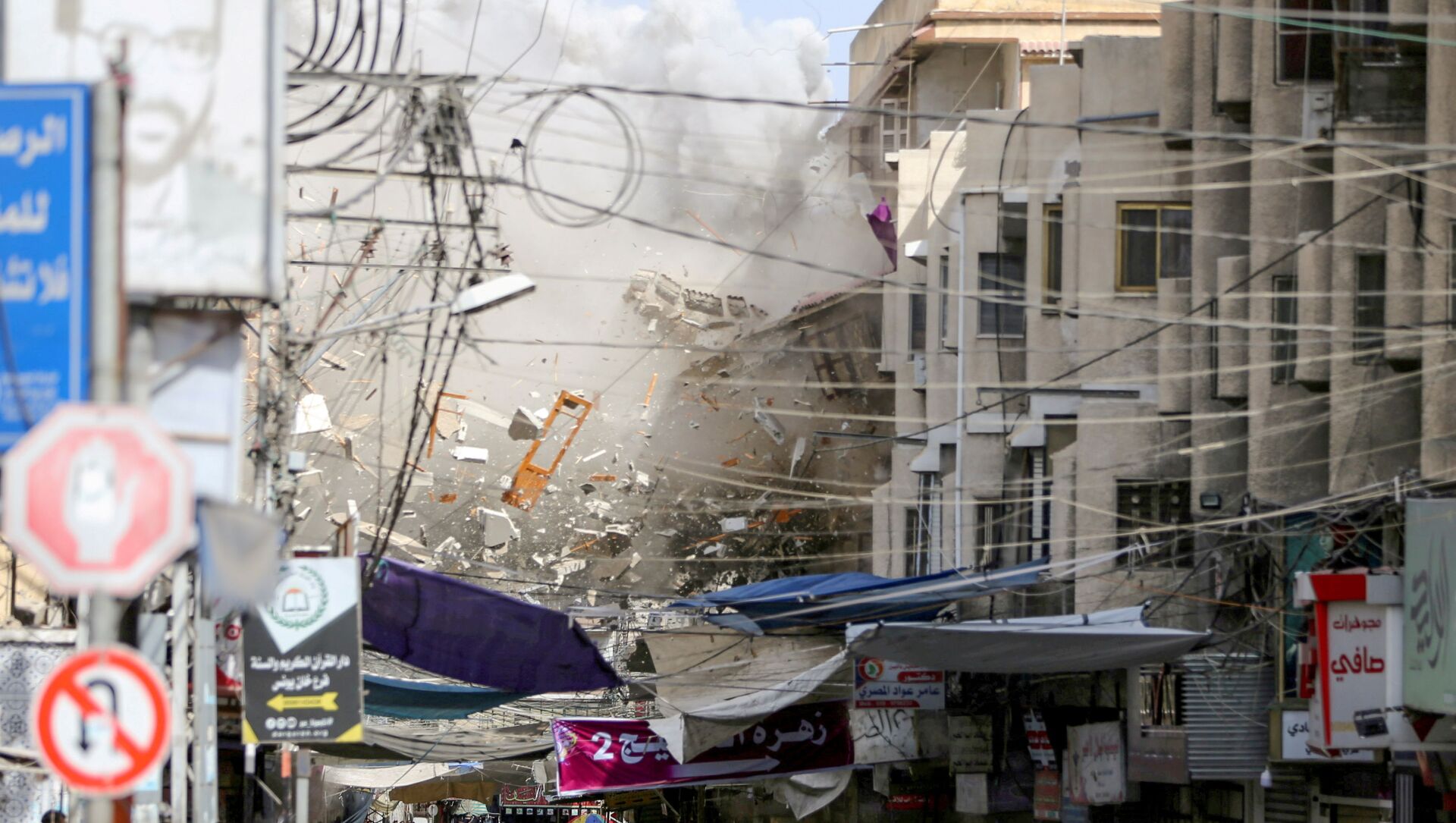 Tim Korso
All materials
A new round of hostilities started on 10 May after Hamas fired hundreds of rockets towards Israel, most of which were intercepted by the Iron Dome air defence system. The IDF responded with retaliatory strikes against Hamas commanders and infrastructure in the Gaza Strip.

The White House has seen reports about "a move" toward a potential ceasefire between the Palestinians and Israel and finds them "encouraging", Biden administration spokeswoman Jen Psaki stated during a press conference.

Psaki added that Washington too is working towards achieving an end to hostilities and has conducted over 80 engagements with the Israelis, representatives of the Palestinian Authority, and "across the region" to discuss the matter.

"Our view and our approach has been to use the role of the US and the relationships with countries on the ground to conduct our efforts quietly and through diplomatic channels", the spokeswoman added.

Israel in Position to Wind Down Operation in Gaza

The spokeswoman also stated the White House believes that Israel is currently in a position to bring an end to the conflict. She recalled that US President Joe Biden had had four conversations with Israeli Prime Minister Benjamin Netanyahu during which he asked him to "start winding down" military operations against Hamas in Gaza. The White House's representative, however, refused to talk about whether or not Tel Aviv had met Biden's expectations on achieving a significant "de-escalation" by 20 May. 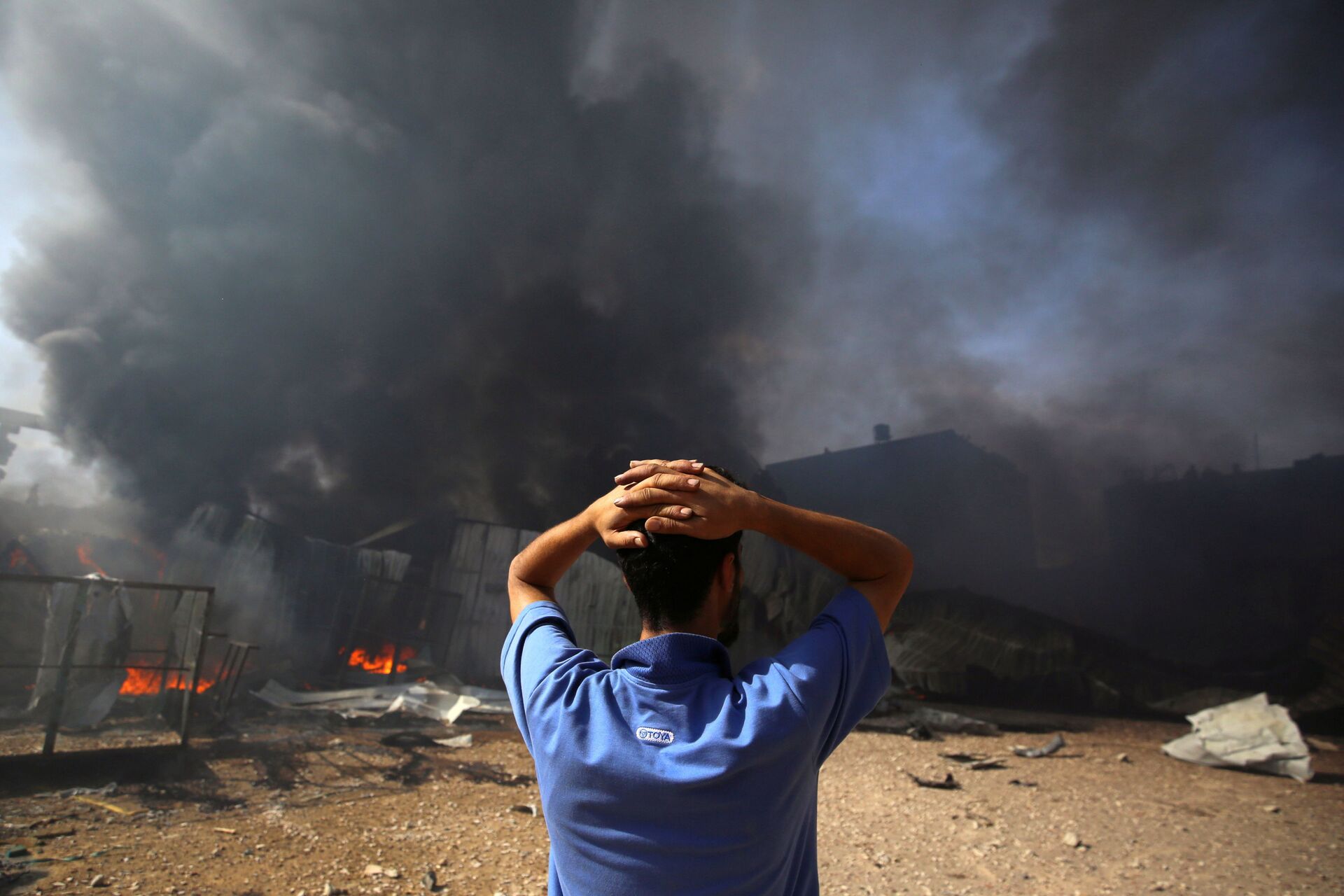 A man stands near a burning sponge factory after it was hit by Israeli artillery shells, according to witnesses, in the northern Gaza Strip May 17, 2021
© REUTERS / STRINGER

At the same time, Psaki argued that the hostilities in the region have been going on for "only 10 days", while the last major confrontation between Tel Aviv and Hamas in 2014 lasted for 7 weeks. She noted that in Washington's opinion Israel has achieved significant military objectives in relation to "protecting their people" and responding to Hamas' aggression, and can thus start wrapping up their military operation.

Psaki refused to speculate about the possible consequences for Tel Aviv if it fails to end its strikes on the Gaza Strip in the near future as well as to lay out a deadline that the Biden administration has set for this to happen. She claimed that the White House is instead focused on reaching a ceasefire between the sides.

In his talks with Netanyahu, Biden urged the Israeli prime minister to ensure that the IDF strikes do not result in civilian casualties, as over 200 Palestinians, including 60 children have already fallen victim to the Israeli military's operation. The IDF blames the collateral casualties on Hamas' alleged practice of using civilians as human shields. Tel Aviv namely claimed that the group operated from the same building, where AP and Al Jazeera offices in Gaza were located, and which was destroyed by an IDF airstrike. According to AP, their journalists barely managed to leave the building in time after receiving a warning about an imminent strike by Israel.