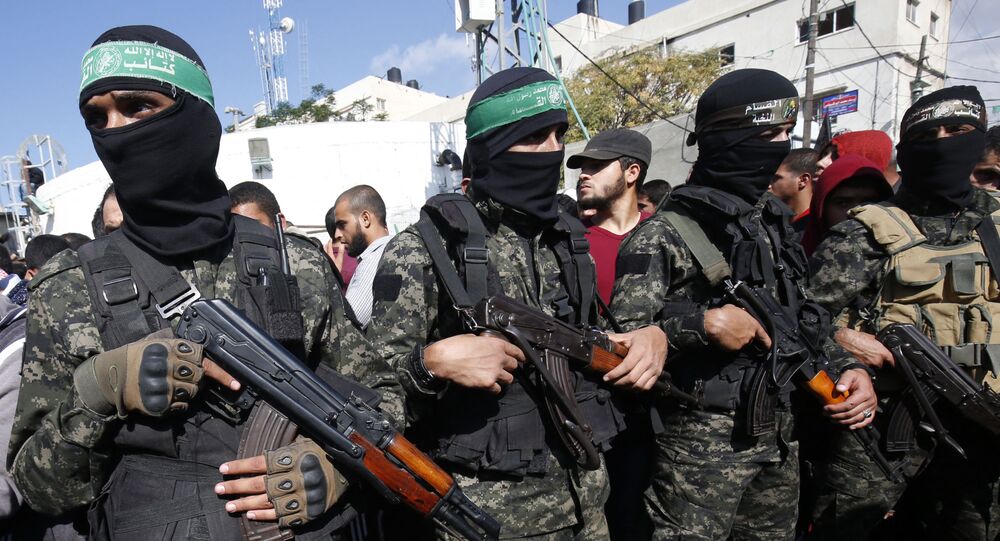 On Wednesday, Hamas militants and the Israeli government vowed to keep on fighting even though US President Joe Biden in a previous phone call with Prime Minister Benjamin Netanyahu said he expects significant de-escalation in the ongoing Israel-Gaza conflict, which has entered its tenth day.

The company Crooked Media, which was founded by former Obama administration officials, has tweeted and then deleted a message promoting the Palestinian militant group Hamas, the Washington Free Beacon news outlet reports.

A number of countries, including the US and Israel, view Hamas as a terrorist organisation. The Islamist group is currently involved in a heavy rocket exchange with the Israeli military amid the two’s largest escalation of tensions in recent years.

In a Tuesday message, Crooked Media urged its followers to lend a hand to several charities, including Islamic Relief, which has been banned by an array of countries over the group’s alleged links to Hamas; Israel, in turn, designates Islamic Relief as a supporter of terrorism, according to the Washington Free Beacon.

"Here's who's doing great on the ground work to aid the people of Gaza. Support them if you can”, the company, founded by Obama White House staffers Jon Favreau, Jon Lovett, and Tommy Vietor in 2017, reportedly tweeted.

This came moths after the US State Department severed its longstanding ties with the charity’s umbrella organisation, Islamic Relief Worldwide (IRW), over allegations of IRW promoting anti-Semitism.

“Given what we know about IRW, the Department and [the United States Agency for International Development] should act with extreme caution and avoid partnering with IRW in the future”, James Richardson, director of the State Department's Office of Foreign Assistance, told the Washington Free Beacon earlier this year.

As for the Islamic Relief charity, its senior leaders reportedly praised their counterparts in Hamas, also referring to Jewish people as the “grandchildren of monkeys and pigs” in occasional Twitter posts.

© REUTERS / BAZ RATNER
France Reportedly Preparing UN Security Council Resolution to Call for Israel-Hamas Ceasefire
The Israeli-Palestinian conflict has, meanwhile, entered its tenth day, with the Israel Defence Forces (IDF) saying that they had "neutralised" what they described as a terror tunnel network of Hamas in the Gaza Strip. Hamas, for its part, said that it had fired rockets at two Israeli air bases.

The clashes that recently erupted in East Jerusalem over the planned eviction of Palestinian families have led to the worst violence between Israel and Palestinians in recent years. Hamas militants have launched several thousand rockets from Gaza towards Israel, with the latter in response conducting retaliatory strikes against the enclave.

The hostilities have killed over 220 Palestinians, including 64 children, and injured about a thousand others. Israel, in turn, has reported 12 killed and over 50 others seriously injured.