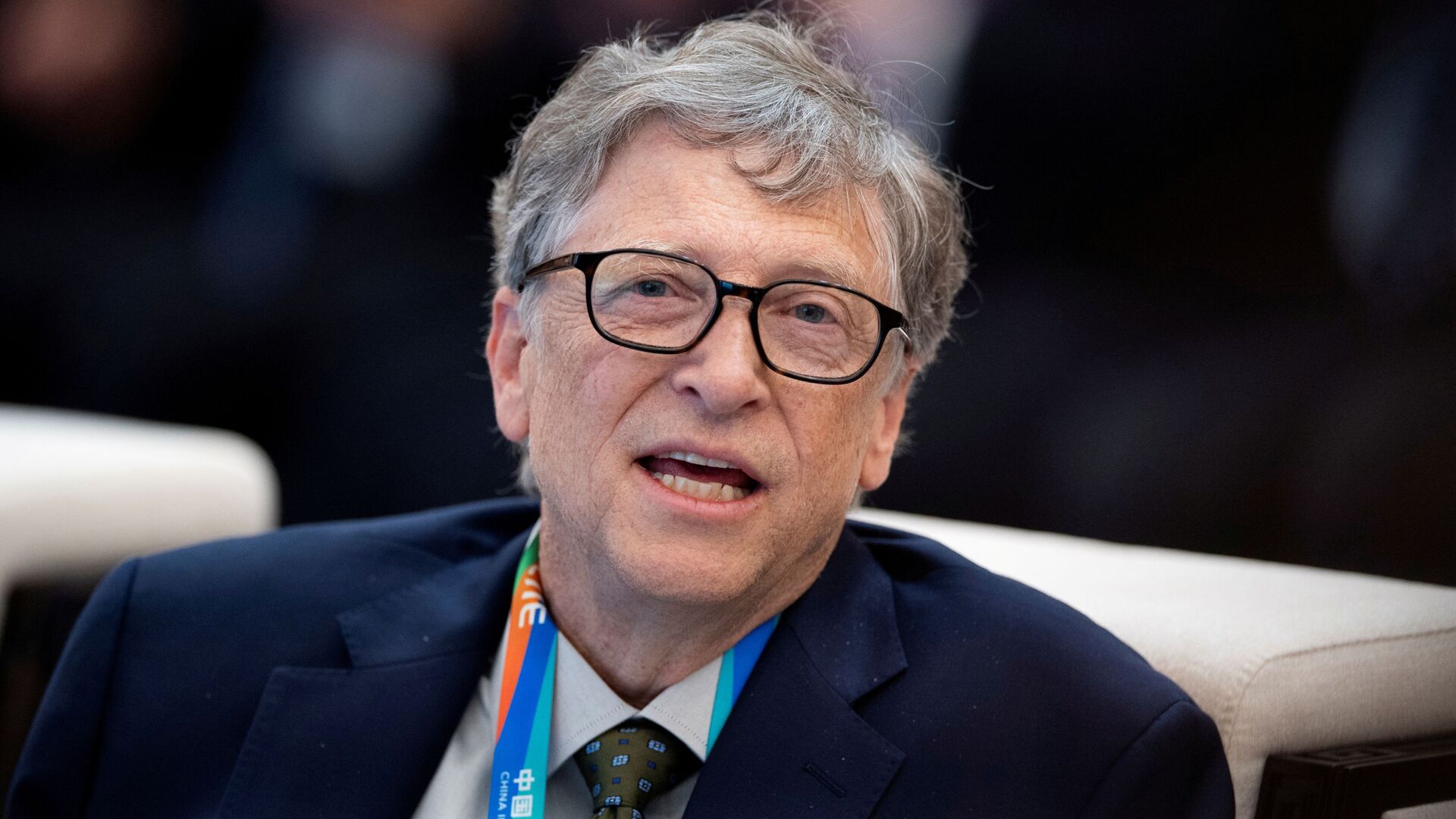 Max Gorbachev
All materialsWrite to the author
Since the Microsoft co-founder and his wife announced earlier this month that they are getting a divorce, the developer faced a torrent of allegations about his relationship with Epstein, a convicted sex offender, who was arrested in 2019 on charges of running a sex-trafficking network of minors.

Bill Gates wanted to win a Nobel Peace Prize with the help of Jeffrey Epstein, the Daily Beast has reported citing a former employee of the Bill and Melinda Gates Foundation. The ex-staffer claims that the software developer-turned-philanthropist reportedly viewed Epstein as his ticket to the prestigious prize.

"He thought that Jeffrey would be able to help him, that he would know the right people, or some kind of way to massage things, so he could get the Nobel Peace Prize. I think he was ultimately disappointed it didn’t work out," the employee told the outlet.

The news adds fuel to the expose released by Norwegian newspaper DN in October 2020 which revealed that the two went to Strasbourg in 2013 to meet the then chairman of the Norwegian Nobel Committee, Thorbjørn Jagland.

The newspaper cited individuals familiar with the matter, who said that as well as those three, the meeting was also attended by representatives of a think thank International Peace Institute (IPI). Epstein introduced Gates to IPI and the two worked together on a project to eradicate polio.

The meeting took place several years after Epstein’s first criminal case, during which he pleaded guilty to two felony charges, including to soliciting a minor for prostitution for which he was sentenced to 18 months in jail and registered as a sex offender.

Bill Gates Met With Jeffrey Epstein Many Times, Despite His Past (Published 2019) https://t.co/12t1CrltSS pic.twitter.com/5ZL8bpzVdr

​Jagland, who also served as Norwegian Minister of Foreign Affairs and Prime Minister, initially denied the newspaper's story that he met with Epstein and Gates, but later made a U-turn.

"They came to my residence with their respective delegations. Bill Gates and Epstein arrived together, followed by the others. I made an introduction on the European system for controlling medicines. After that, the conversation advanced further,” Jagland wrote in an email.

According to Jagland, the meeting with Gates and Epstein came through work on vaccines with the Council of Europe. However, when DN newspaper questioned Daniel Holtgen, head of communications at the organisation about the meeting, he he was not aware of it.

"I have no knowledge of this meeting and hence if it happened it was not official Council of Europe business," he wrote in an email.

Later Holtgen also made a U-turn after seeing Jagland’s remarks and said that he too was involved in the meeting.

How Did Gates Respond?

The Bill and Melinda Gates Foundation, a charitable organisation the Microsoft co-founder created with his ex-wife, said that he never had "any financial dealings with Epstein". "We work with the International Peace Institute, a grantee that supports our efforts to improve health in Pakistan and Afghanistan," the foundation added.

Commenting on the Daily Beast’s report that the software developer-turned-philanthropist sought Epstein’s help to win the Nobel Peace Prize, a spokesman for the foundation said that Gates never actively pursued the award.

"Although a Nobel Prize would certainly be a great honour, it is false to state that Bill Gates was obsessed with the honour, set it as a goal, or campaigned for it in any way. If Epstein had a plan or motivation to insert himself into any processes related to any awards or honours on behalf of Gates, neither Gates nor anyone he works with was aware of his intentions and they would have rejected any offers for assistance," the spokesman said.

Jagland told DN newspaper that his meeting with Epstein and Gates had nothing to do with the prestigious award, emphasising that the Microsoft co-founder wasn’t nominated for it in 2013. The committee itself refused to comment on the issue, saying it doesn’t reveal information on its nominees.

"It is contrary to our statutes to comment on who is nominated each year," said the present head of the Norwegian Nobel Committee, Berit Reiss-Andersen.