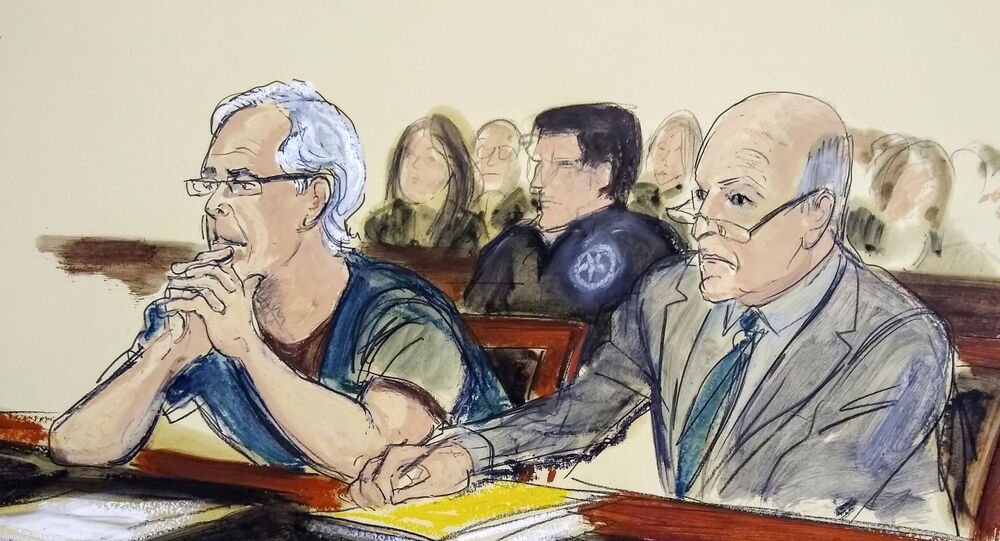 Epstein purportedly committed suicide in 2019 after being arrested by federal authorities for suspected sex trafficking, for which he was subsequently convicted posthumously. However, this was not the first time he was charged, he struck a contentious plea bargain in 2008 with Florida prosecutors.

The Florida Department of Law Enforcement (FDLE) has concluded that there is no proof of illegal wrongdoing in the state's handling of its investigation into the late convicted pedophile Jeffrey Epstein, a series of summaries published on Monday showed.

The findings were presented by the Office of Executive Investigations of the FDLE and saw investigators specifically look into Epstein's 2008 plea deal, his time in Palm Beach Sheriff's Office (PBSO) custody, and claims that Epstein engaged in sexual contact with young women while on work release.

The financial mogul had been permitted to plead guilty to a state charge and spend most of his 13-month incarceration on "work release" after an undercover investigation of his alleged misconduct with underage girls began in 2005.

The documents found “no evidence” of criminal activity by officials involved in the investigation, prosecution, or punishment of Epstein, though the inquiries discovered that he was given “differential treatment” while in PBSO custody.

The authorities found that it was "possible" that Epstein had sex with young women while on work release, but no proof was found that would warrant a criminal investigation.

According to the plea deal terms, a federal non-prosecution arrangement required Epstein to plead guilty to state charges and a work-release clause allowed him to stay up to 12 hours per day, six days a week outside of jail, instead of being sent to state prison. The financier was also registered as Level 3 sex offender, which indicates an individual has a high risk of offense repeat, although he was never enforced to personally check in with the authorities every 90 days.

"No evidence was developed to indicate that undue influence by Epstein or his defense counsel contributed to either the PBPD’s (Palm Beach Police Department) or the SAO’s (State Attorney’s Office) assessments of their proposed charges against Epstein,” one of the documents reads.

Investigators also inquired at whether Epstein's work release agreement should have required a court order, but determined that he was eligible without one, as long as he met the Palm Beach County Sheriff's Office's requirements.

The FDLE also found "no evidence" that former Palm Beach State Attorney Barry Krischer "colluded with Epstein’s defense counsel in order to provide Epstein any benefit related to work release or jail placement," according to the filings.

Florida Governor Ron DeSantis demanded in August 2019 the FDLE take over a criminal investigation into Epstein and conduct a "preliminary inquiry into ... irregularities surrounding the prior state investigation and the ultimate plea agreement."

The abovementioned investigations did not assess the efficiency of federal agencies. In 2006, the FBI launched its own investigation into Epstein, which resulted in an indictment the following year.

Former federal prosecutors had "poor judgment" but had not violated the law in negotiating the deal, the Justice Department said back in 2020.