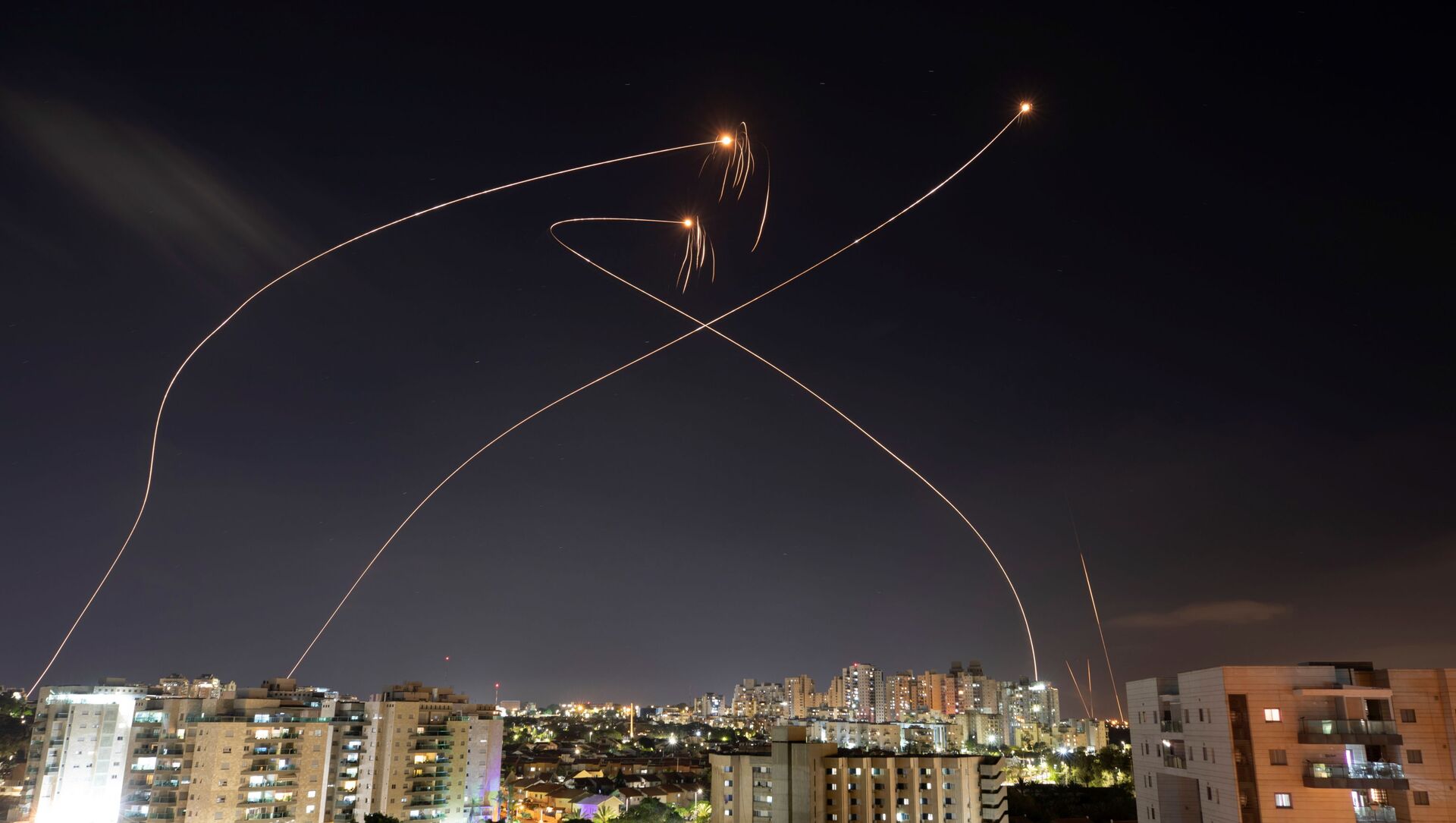 © REUTERS / AMIR COHEN
Subscribe
International
India
Africa
TEL AVIV (Sputnik) - About 1,750 rockets have been fired from the Gaza Strip toward Israel since the conflict escalation, the Israeli military said on Thursday, adding that 300 of them exploded in the Palestinian enclave.

It added that the Iron Dome air defense system intercepted hundreds of missiles.

The situation on the border between Israel and the Palestinian Gaza Strip exploded on the evening of May 10 - rocket attacks on Israeli settlements have been taking place almost continuously since then.

According to the latest reports, six civilians and one Israeli soldier were killed. Israel retaliated with airstrikes on the Gaza Strip, hitting targets of Palestinian groups Hamas and Islamic Jihad and killing several militants. According to the Palestinian Ministry of Health, 103 Palestinians, including 27 children, were killed in three days of Israeli attacks, and 580 people were injured.