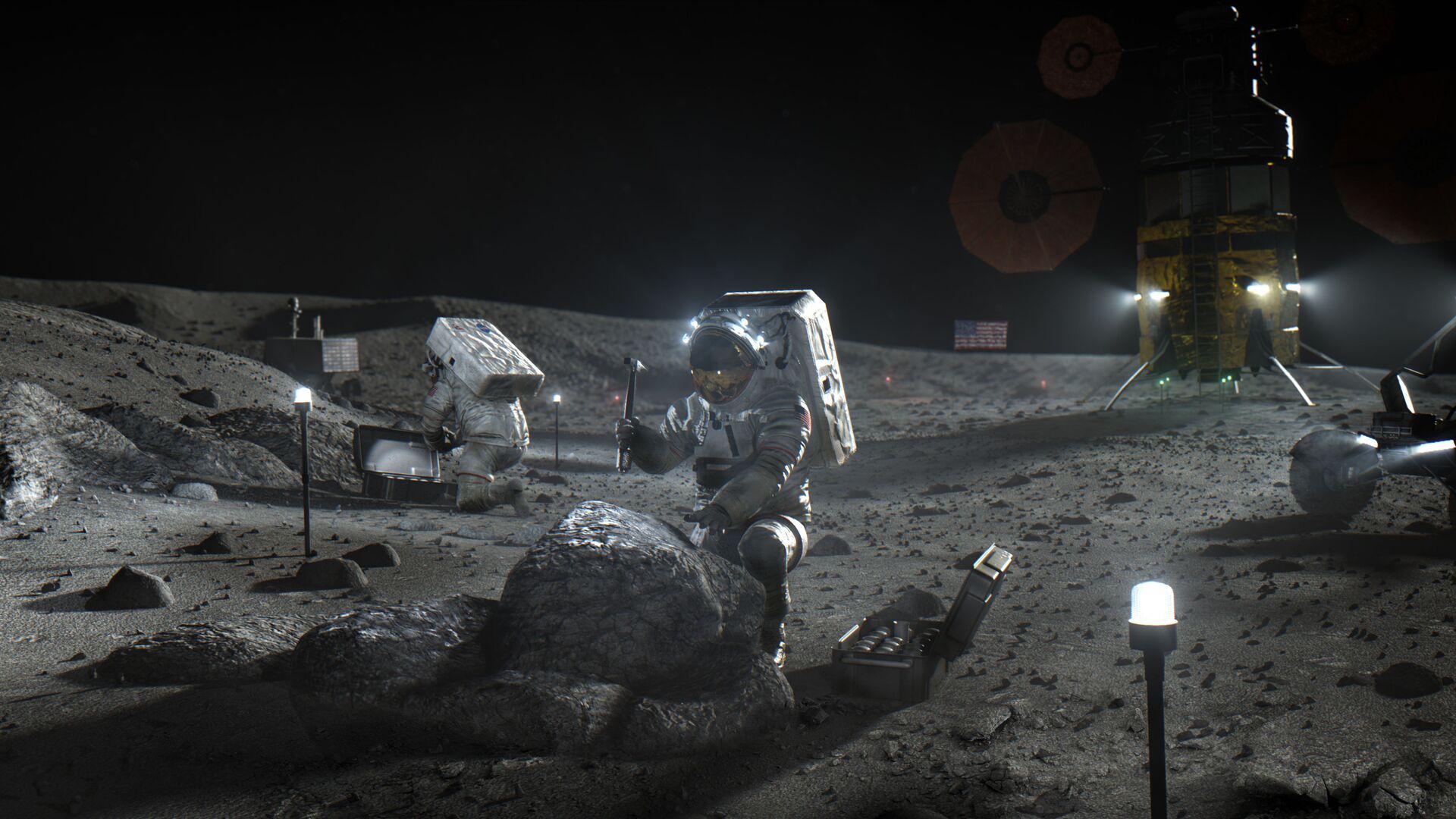 Kirill Kurevlev
Correspondent
All materialsWrite to the author
NASA awarded SpaceX the lunar contract earlier in April, beating out billionaire Jeff Bezos' Blue Origin and defense contractor Dynetics. For the first time since the Apollo program in 1972, a high-profile mission seeks to return humans to the Moon.

US space agency NASA announced the suspension of a contract for the creation of a lunar module with the American private company SpaceX worth about $2.9 billion due to protests from competitors at the Government Accountability Office, Reuters reported, citing the agency's statement.

As a result of NASA's decision, SpaceX must halt all work directly related to the Moon program contract until the GAO issues its ruling, which is due by August 4 at the latest.

“Pursuant to the GAO protests, NASA instructed SpaceX that progress on the HLS contract has been suspended until GAO resolves all outstanding litigation related to this procurement,” NASA spokeswoman Monica Witt said in the statement.

Blue Origin filed a complaint with the GAO on Monday, claiming, among other things, that NASA allowed SpaceX to revise its bid but did not allow Blue Origin to do so because it "moved the goalposts at the last minute." Later, the GAO confirmed that Dynetics has also questioned NASA's contract award to SpaceX.

According to a NASA source selection document, Starship, SpaceX's fully reusable rocket vehicle under construction to ferry humans and cargo to the Moon and Mars, won NASA's award primarily for its large cargo capacity and proposed offer of $2.9 billion — much less than Blue Origin's (reported at approximately $6 billion) and Dynetics'.

After the Amazon founder's space company lodged a protest against NASA for choosing rival SpaceX to construct a lunar lander, Musk took to Twitter to troll his fellow richest man on Earth Bezos on Monday.

Can’t get it up (to orbit) lol

​Later on, he followed up with a photoshopped shot of Blue Origin's lunar lander, renaming it "Blue Balls" instead of the original "Blue Moon."

​So far, Musk has been the driving force behind Starship's growth to this stage. At its Boca Chica, Texas, launch facilities, the company has launched several Starship prototypes in short and high-altitude test flights.

Landing the designs after they have soared over six miles in the air has proven to be a difficult task, with all of SpaceX's high-altitude test rockets exploding during the landing process.

After receiving license approval from the Federal Aviation Administration this week, the company's most recent test of a Starship concept, SN15, is set to launch within the next few days.

Musk's banter and remarks on Bezos did not come out of nowhere. The two executives have sparred about their respective space aspirations, with Musk leading SpaceX and Bezos owning Blue Origin, but it has also expanded to other fields, since Musk has chastised Bezos for running a monopoly and dubbed him a copycat for his self-driving car ambitions.

Over the years, the confrontation between two of the most powerful CEOs of our time, with reports of their feud emerging here and there in the media, has turned into a source of jokes and ridicule on Twitter.

According to the media, Bezos has been dreaming of space at least since high school, reportedly saying in 1982 that he wanted to provide millions of people with outer space colonies. With that goal in mind, the CEO of Amazon launched Blue Origin in 2000. 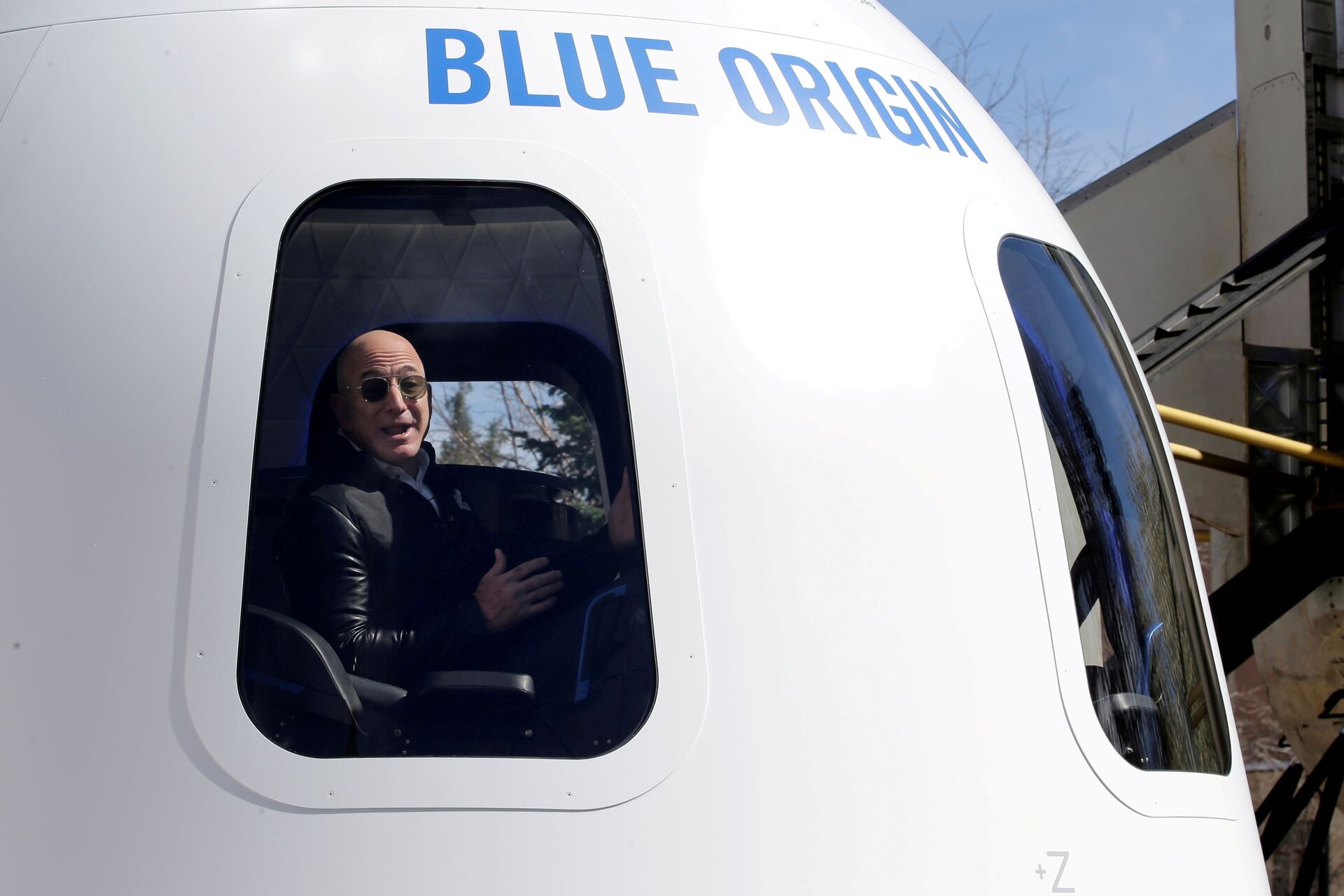 Musk, in his turn, sold his company PayPal to eBay for about $1.5 billion in 2002 and invested his personal wealth into the newly created SpaceX startup.

Elon Musk Trolls Jeff Bezos' Space Company After It Files Lawsuit Against NASA Over SpaceX Contract
Musk reportedly attempted to give Bezos some "good advice" at their first personal meeting in 2004, but the latter "largely ignored" it. Since then, the two ambitious entrepreneurs are believed to be in a feud, and Musk has regularly joked about Blue Origin's attempts to block his company's cooperation with NASA, despite the fact that over the years the Bezos-led company has been unable to provide a reliable working spacecraft. In a 2013 interview, Musk even teased Blue Origin about its prospects for success. "Frankly, I think we are more likely to discover unicorns dancing in the flame duct," he told SpaceNews.

Bezos refrains from direct attacks on Musk, but has repeatedly criticized the main goal of SpaceX - the colonization of Mars, as unrealistic, focusing in turn on achieving a permanent presence of people on the Moon. In 2019, he said that one should "go live on the top of Mount Everest for a year first and see if you like it, because it's a garden paradise compared to Mars."

Earlier, NASA stated that choosing one company was the best choice it could make at the time, given the funds provided by Congress. Last year, Congress approved $850 million of the $3.3 billion sought by NASA for two lunar landers.

NASA's forthcoming Moon mission will see the agency land the first woman and the new man on the lunar surface in 2024. The mission is part of the Artemis initiative, which was launched during Trump's presidency.

NASA intends to not only return to the Moon, but also to create a human presence on the surface. The agency hopes to land on the Moon's South Pole, which is rich in water ice that can be turned into fuel and oxygen for a lunar base.