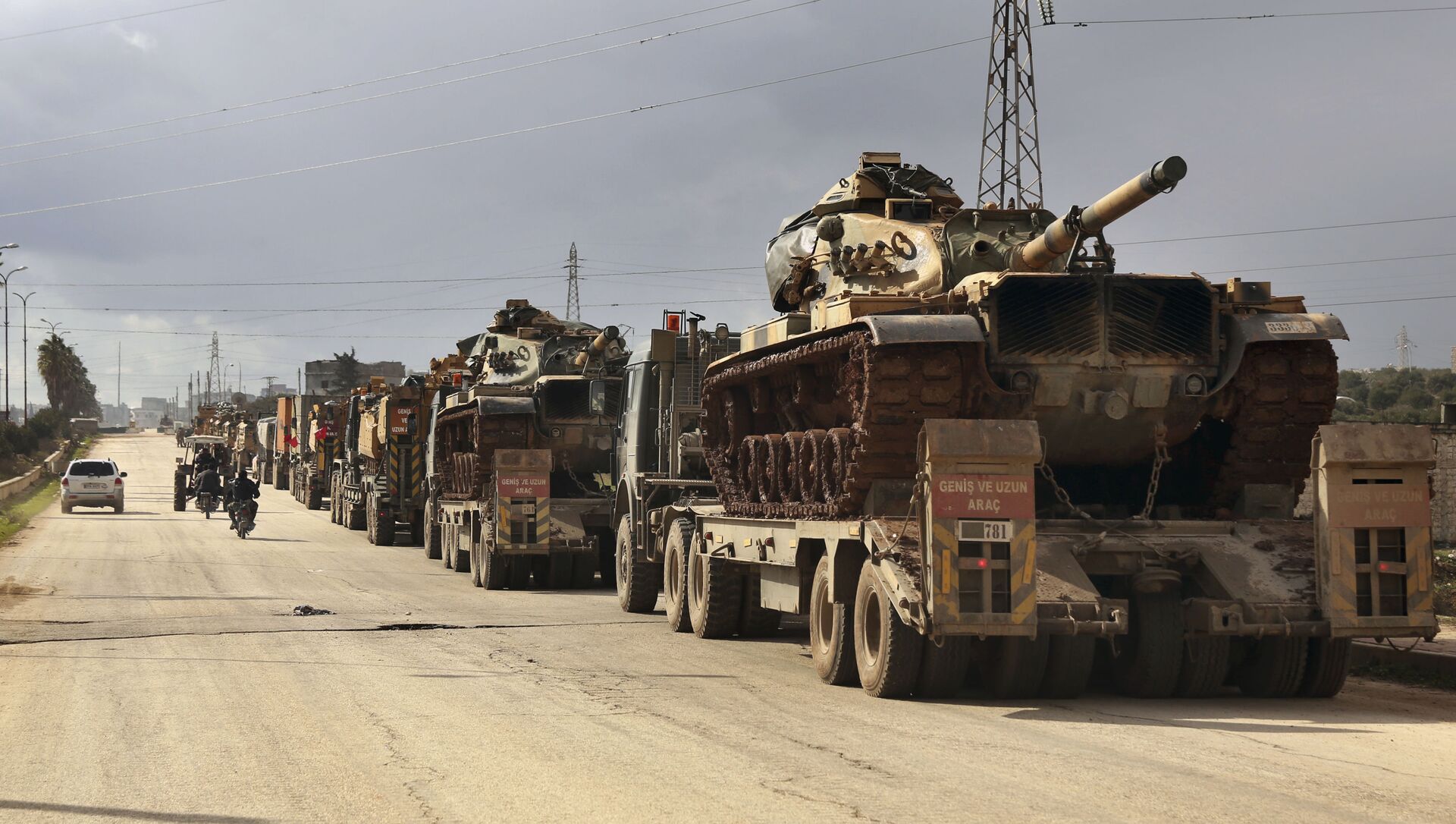 Morgan Artyukhina
All materialsWrite to the author
Roughly 30 million Kurdish people are scattered across four countries. An agreement at the end of World War I foresaw a Kurdish state established out of territories of the former Ottoman Empire, but instead the land was divided between Turkey, Iran, Iraq, and Syria.

Turkey announced on Friday the establishment of a new military base in Iraqi Kurdistan to interrupt the movement of Kurdish fighters in the area. The move comes days after Ankara launched a new combined arms offensive in the region targeting the Kurdistan Workers’ Party (PKK).

Turkish Interior Minister Süleyman Soylu told a closed meeting of the ruling Justice and Development Party (AKP) on Friday that the latest Kurdistan offensive would continue and Turkey’s gains would be solidified by building a new base at Metina, “just like we did in Syria.”

“This region is a route to Qandil and we will control this line,” Solyu said, according to Türkiye.

Qandil is the headquarters of the PKK, militancy, which seeks to create a Kurdish state in parts of Turkey and Iraq, and is considered to be a terror group by Ankara. The group’s armed branch is the People’s Defense Forces.

According to Rudaw, a news outlet based in the Iraqi Kurdistan capital of Erbil, Metine is of strategic importance for the PKK and a Turkish base in the area will be able to effectively control the militant group’s movements between Qandil, Syria, Iraqi Kurdistan and southeastern Turkey.

A week ago, Turkish Defense Minister Hulusi Akar announced new air and ground offensives in northern Iraq against the PKK. Turkish President Recep Tayyip Erdogan said the operations aim “to completely end the presence of the terror threat ... along our southern borders.”

“There’s no room for the separatist terror group in the future of Turkey, Iraq or Syria,” he said of the PKK. “We will keep on fighting until we eradicate these gangs of murderers, who cause nothing but tears and destruction.”

Turkey has long sought to destroy the PKK and other Kurdish militant groups, having launched another operation into northern Iraq in June 2020 and established four new bases in Kurdistan in September.

An unnamed PKK source told Al-Monitor that the group was facing more pressure than ever before because Turkey has deployed armed drones and denied them use of regular roads, forcing them to use mountain trails. However, the outlet reported the Kurdish militants have not claimed any casualties as of yet, while Turkey has lost two soldiers in the operation.

Solyu never expanded on his comparison of the situation to Syria, where Turkey occupies two separate parts of the country: one area in the west around Idlib, where Turkish forces support Islamist rebels against the Syrian government, and another strip along the border in the east that Ankara invaded in October 2019 and evicted the Kurdish population from.

The Turkish government has been fighting the PKK since the early 1980s. The PKK and Turkey signed a ceasefire agreement in 2013, but it collapsed just two years later over several terror attacks reportedly committed by PKK militants.