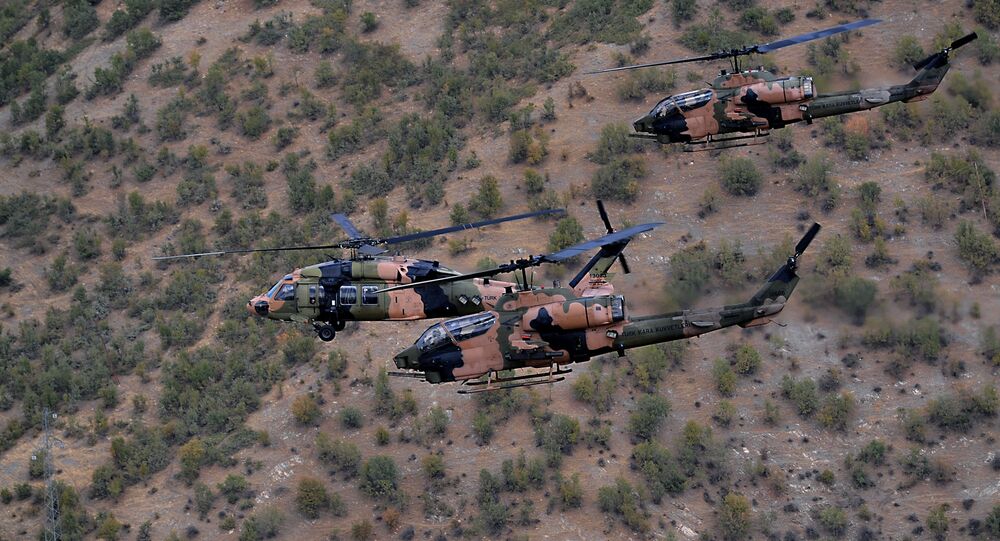 Ankara launched Operation Claw-Eagle in northern Iraq against forces from the Kurdistan Workers' Party (PKK) and the Kurdish People's Protection Units (YPG) earlier this week, as the Turkish Ministry of National Defence promised that "planes are bringing the caves down on the terrorists' heads".

The Turkish envoy to Iraq has been summoned by the foreign ministry as the Turkish military is conducting an operation in Iraqi territory, Baghdad announced.

"The ministry has summoned the Turkish Ambassador to Iraq, Fatih Yildiz, amid Turkey's attacks on a number of regions in northern Iraq and fears that these strikes have provoked among the population", the ministry said in an official statement.

The news comes as Ankara dispatched warplanes, reportedly striking more than 80 Kurdish targets in northern Iraq. At the same time, Iraq's Joint Operations Command has condemned the offensive as a "provocative action", stating that Turkish airstrikes have hit a refugee camp in the area.

© AFP 2021 / ILYAS AKENGIN
General view of damaged buildings after heavy fightings between Turkish government troops and Kurdish fighters after the curfew in the southeastern Turkey Kurdish town of Yuksekova, near the border with Iraq and Iran. (File)

The PKK, designated as a "terrorist" group by Ankara, is seeking to establish an autonomous Kurdish state. It has been fighting against Turkish forces since 1984. Turkey has conducted numerous raids against militants in Iraq and Syria, and even launched a full-scale military venture, Operation Peace Spring, in northern Syria last year in a bid to press the Kurdish militia, fighting in the civil war, from its borders.