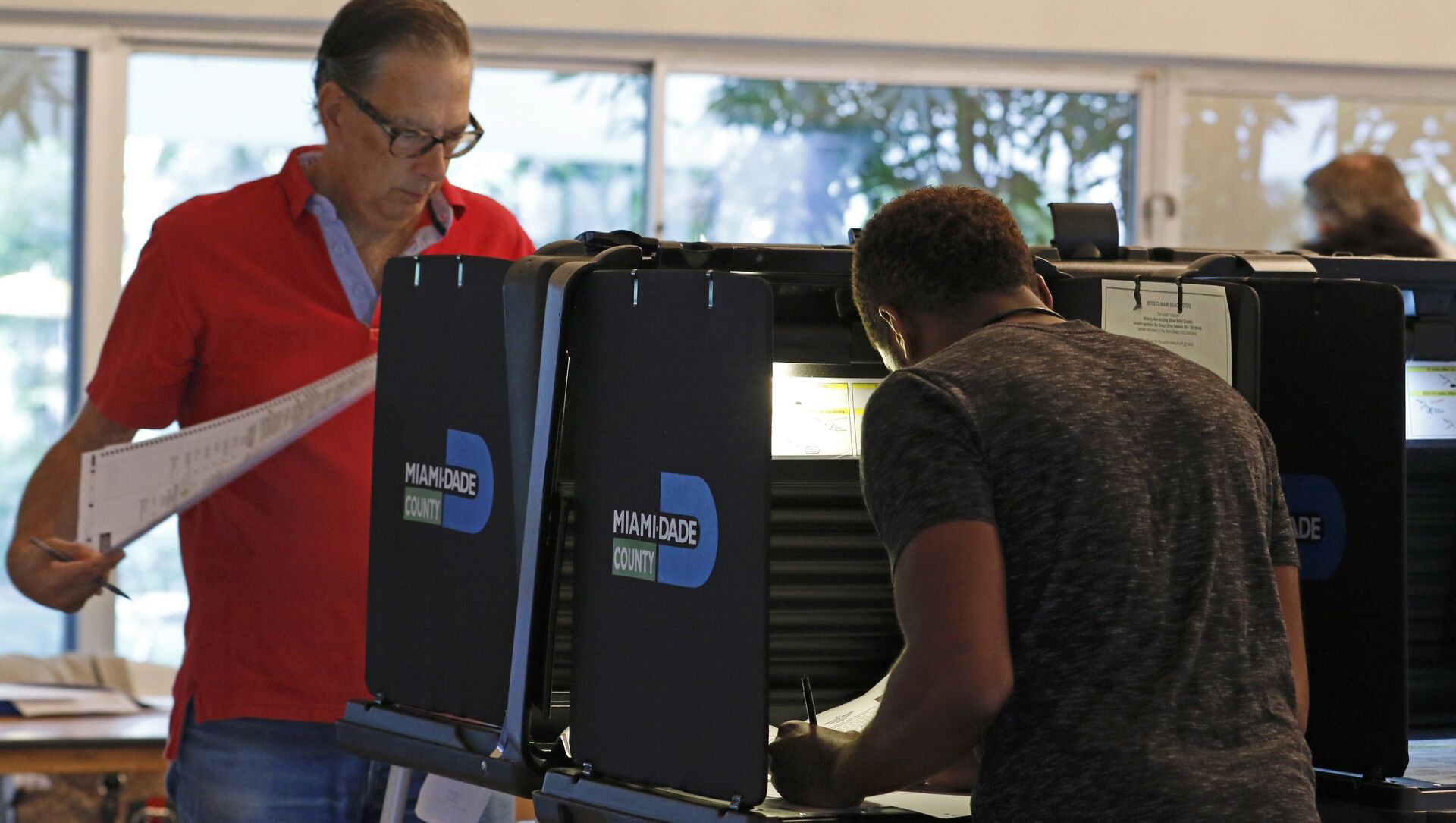 Ilya Tsukanov
All materialsWrite to the author
Former President Donald Trump spent months complaining about mail-in ballots and their alleged propensity for fraud ahead of the November 2020 vote, and went on to claim that large-scale ballot-stuffing had taken place in key battleground states to rob him of victory. None of the lawsuits launched by the Trump campaign made it to the Supreme Court.

In a major (albeit belated) victory for Trump supporters, Florida’s legislature has passed an elections bill mandating new restrictions on mail-in voting, including voter ID requirements for those requesting to vote by mail or register to vote, and the need for voters to request mail-in ballots for each election cycle, rather than the two cycle rule in place until now.

The bill, passed by the state’s House of Representatives and the Senate on Thursday, has now landed on the desk of GOP Governor Ron DeSantis, with the governor already promising to sign it and suggesting it would make his state’s elections “even better.” No Democrats voted for the bill in either chamber, with one Republican voting against his party.

Along with mail-in ballots, the bill targets ballot drop boxes, which attracted controversy last year after Trump posted a video showing election personnel casually collecting seemingly unsecure ballots the day after the election. Under the new legislation, Florida’s ballot drop box sites will now be placed only at the offices of election supervisors, supervisor branch offices, and early voting stations, while the times during which they are accessible will be limited. An earlier version of the bill even proposed the banning of drop boxes altogether, but was later amended.

The bill also enhances the powers of poll watcher volunteers, forces those “engaging in any activity with the intent to influence voters” to stay at least 150 feet away from ballot boxes, and institutes new rules for election-related lawsuits. What's more, it bars officials from accepting any outside cash for almost all election-related expenses.

Trump Hails ‘Forensic Audit’ of Arizona Vote as Harbinger of Doom for Dems
Florida is one of multiple states to expand control over mail-in ballots and drop off sites in the wake of the November 2020 election, with legislators in Texas, Georgia, Arizona, Pennsylvania, and others making similar efforts in recent months. Democrats have blasted these efforts, accusing the GOP of trying to engage in voter suppression and cutting off access to people of colour, those with disabilities, the elderly, and low-income voters.

Donald Trump handily defeated Joe Biden in Florida in November, but went on to lose the national race amid the unprecedented use of mail-in ballots by most states due to health concerns associated with the coronavirus.

The president expressed doubts about mail-in ballots throughout much of 2020, warning that he would not guarantee a peaceful transfer of power amid the mass use of ballots, which he described as “out of control” and rife for fraud.

After 3 November, the president accused his Democratic opponents of mass fraud in key swing states, alleging that he had “hundreds and hundreds” of sworn affidavits and thousands of testimonies to that effect. Trump pointed to videos of suspicious behaviour at polling places, evidence of alleged mass vote dumping and other statistical irregularities, faulty voting machines allegedly transferring votes for him to his opponents, and other problems.

The president’s campaign spent weeks filing lawsuits in courts across the US presenting their claims, but was shot down each time, with none of the claims making their way to the Supreme Court. The election dispute culminated in the 6 January storming of the US Capitol by angry Trump supporters convinced the president had been robbed of victory, which led to the deaths of four protesters and one police officer. The incident prompted social media and much of the mainstream media to effectively silence the president, who peacefully transferred power to Biden on 20 January 2021, but never conceded defeat.