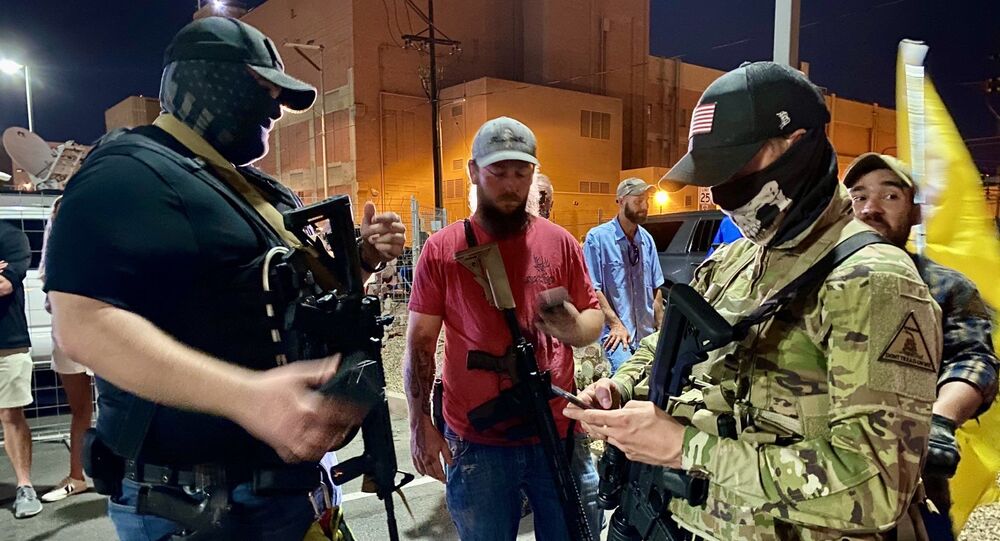 Former Republican House Speaker Newt Gingrich has announced that he will not be accepting Joe Biden as president, reasoning that the election was just the “final straw” in an “accelerating and deepening” “crisis of confidence” among millions of Americans in their political system.

In an op-ed published by the Washington Times, Gingrich indicated that his concerns went beyond potential fraud during the election itself, and had just as much to do with the political establishment’s four-year-long-plus campaign to attack Trump and his supporters.

“For more than four years, the entire establishment mobilized against the elected president of the United States as though they were an immune system trying to kill a virus. Now, they are telling us we are undermining democracy. You have more than 74 million voters who supported President Trump despite everything –and given the election mess, the number could easily be significantly higher. The truth is tens of millions of Americans are deeply alienated and angry,” Gingrich wrote.

© REUTERS / Jonathan Ernst
US Attorney-General Barr Has No Plans to Appoint Special Counsel in Hunter Biden Probe
“Given this environment, I have no interest in legitimizing the father of a son who Chinese Communist Party members boast about buying,” the politician added, referring to the Hunter Biden scandal. “Nor do I have any interest in pretending that the current result is legitimate or honourable. It is simply the final stroke of a four-year establishment-media power grab. It has been perpetrated by people who have broken the law, cheated the country of information, and smeared those of us who believe in America over China, history over revisionism, and the liberal ideal of free expression over cancel culture,” Gingrich argued.

Warning that America was “headed toward a serious, bitter struggle,” the retired lawmaker suggested that the establishment is likely to “only get more corrupt and aggressive” if it is allowed to get “away with these blatant acts.”

Gingrich, who entered politics in the mid-1970s and won his first congressional election in 1978 before eventually rising to House Speaker in the mid-1990s, indicated that the “level of outrage and alienation” he’s witnessed in the current election cycle was “unlike anything I had experienced in more than 60 years involvement in public affairs.”

The politician also went on to attack the Democrats demanding conservatives accept the election results and get behind Biden, recalling that Trump’s election prompted Democrats to launch the (since debunked) Russiagate probe, and to immediately begin scheming about ways to impeach him.

On the fraud claims themselves, Gingrich echoed claims made by the Trump campaign about states’ alleged violations of their own election laws by sending out millions of ballots to every registered voters, and swing states’ decision to suspend normal vote verification procedures for absentee ballots. He also attacked the media, writing that “when I watch story after story about election fraud being spiked – without even the appearance of journalistic due diligence or curiosity – I know something is sick.”

© AFP 2020 / FREDERIC WALLOIS
Trump Pentagon Nominee Reportedly Decried Biden Electoral ‘Coup’, Retweeted Support for Martial Law
Gingrich is one of tens of millions of Republicans have refused to reject the 3 November election results. Earlier this month, a poll commissioned by NPR and PBS NewsHour found that just 24 percent of Republicans accept the results, with 28 percent of independents feeling the same way and another 5 percent among both saying they were uncertain.

President Trump continues to refuse to concede the election, accusing Democrats of robbing him of victory using faulty voting machines, mass mail-in ballot dumps, and other schemes. Trump has claimed that he has “hundreds and hundreds” of sworn affidavits and thousands of testimonies to back up the fraud claims, but so far the allegations have not stood up in state courts. Furthermore, the Supreme Court has thrown out a case brought by the state of Texas which accused several battleground states of violating local election laws, saying it had no merit.

The Electoral College certified Joe Biden’s victory on 14 December, with Congress set to hold a joint session to finalize the vote on 6 January. Biden is expected to be inaugurated on 20 January.