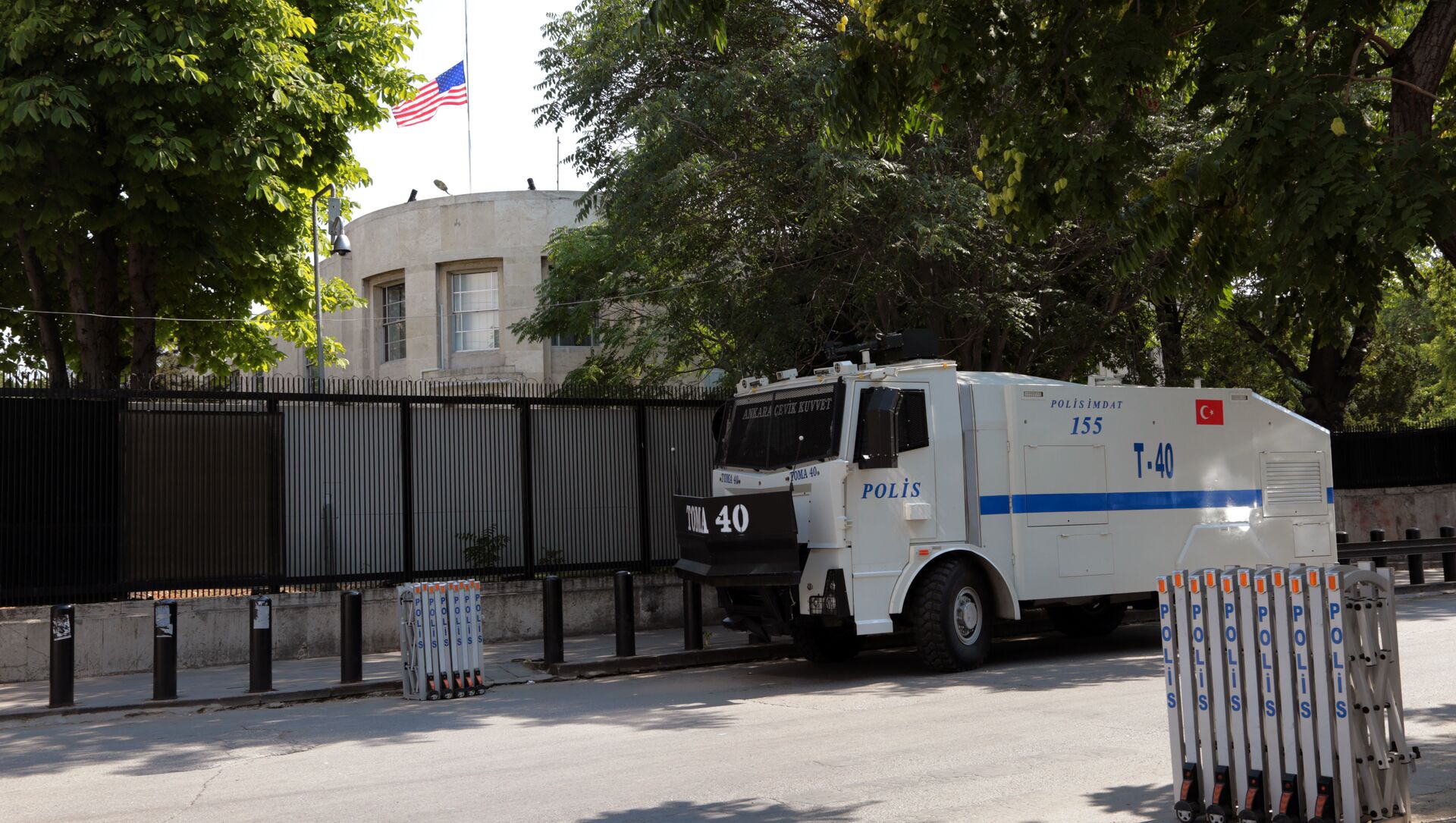 ANKARA (Sputnik) - The Turkish authorities have stepped up security measures at the US Embassy in Ankara after US President Joe Biden officially recognised the 1915 massacre of Armenians in the Ottoman Empire as a genocide, a Sputnik correspondent reported on Monday.

The US Embassy and Consulates in Turkey announced that they would be closed on Monday and Tuesday as a "precautionary measure" due to possible protests.

Reinforced police units are paroling the streets near the US diplomatic mission. The situation is calm, according to the correspondent.

"As you can see, it is calm here. We have not received any information about the protests. However, just in case, our duties have been reinforced", a police officer told Sputnik. 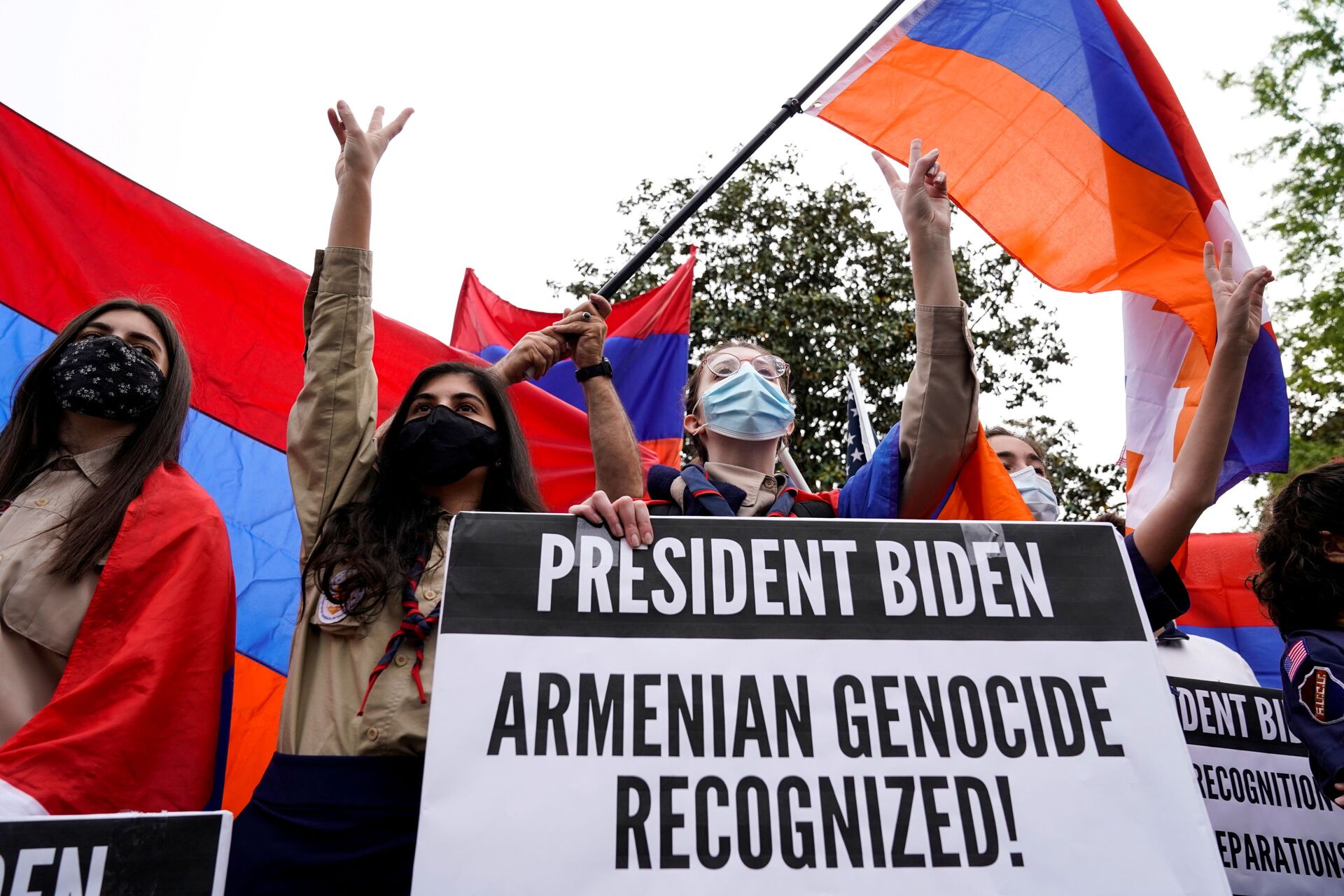 Members of the Armenian diaspora rally in front of the Turkish Embassy after U.S. President Joe Biden recognized that the 1915 massacres of Armenians in the Ottoman Empire constituted genocide in Washington, U.S., April 24, 2021.
© REUTERS / JOSHUA ROBERTS

On April 24, the Armenian Remembrance Day, Biden said that "the American people honour all those Armenians who perished in the genocide that began 106 years ago today". Turkey condemned the designation and called on Biden to reverse it for the sake of promoting the peaceful coexistence of peoples in the region.

The president of Azerbaijan, Turkey's close regional ally, said that labelling wartime Armenian massacres as genocide was a historic mistake.

In the late 19th and early 20th centuries, Armenians found themselves an increasingly persecuted minority within the ailing Ottoman Empire. In 1915, according to a number of historians, more than 1.5 million Armenians were killed. The events have been recognized as a genocide by the governments and parliaments of over 30 countries. 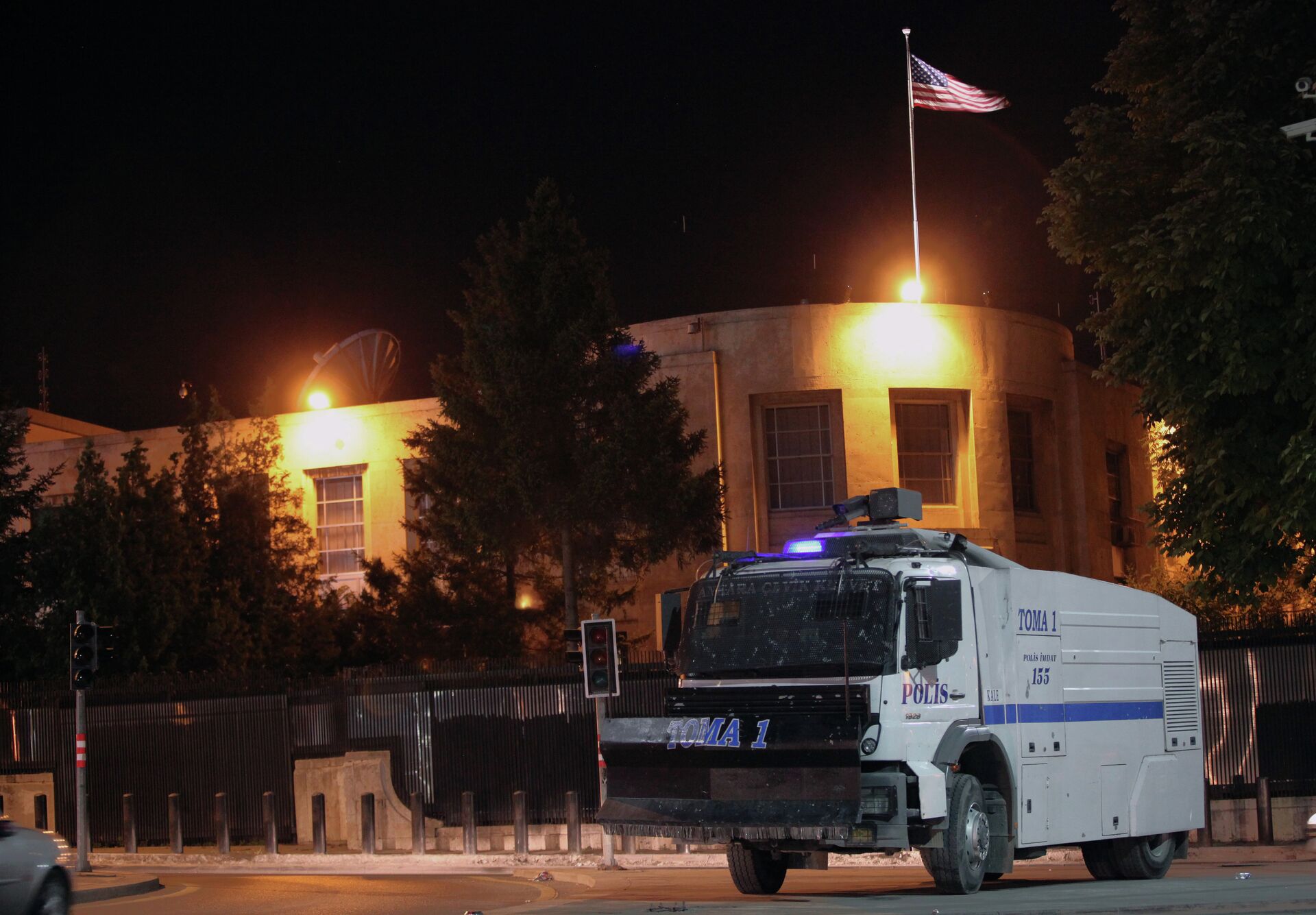 Turkey, which traditionally rejects the genocide accusations, warned the Biden administration that such a move by the US would hurt bilateral relations.

The US Senate's Foreign Relations Committee urged President Biden in March to officially recognise the genocide after he did it as a candidate during the 2020 campaign. Former US President Donald Trump and his predecessors avoided the term "genocide" in relation to the events of the early 20th century.