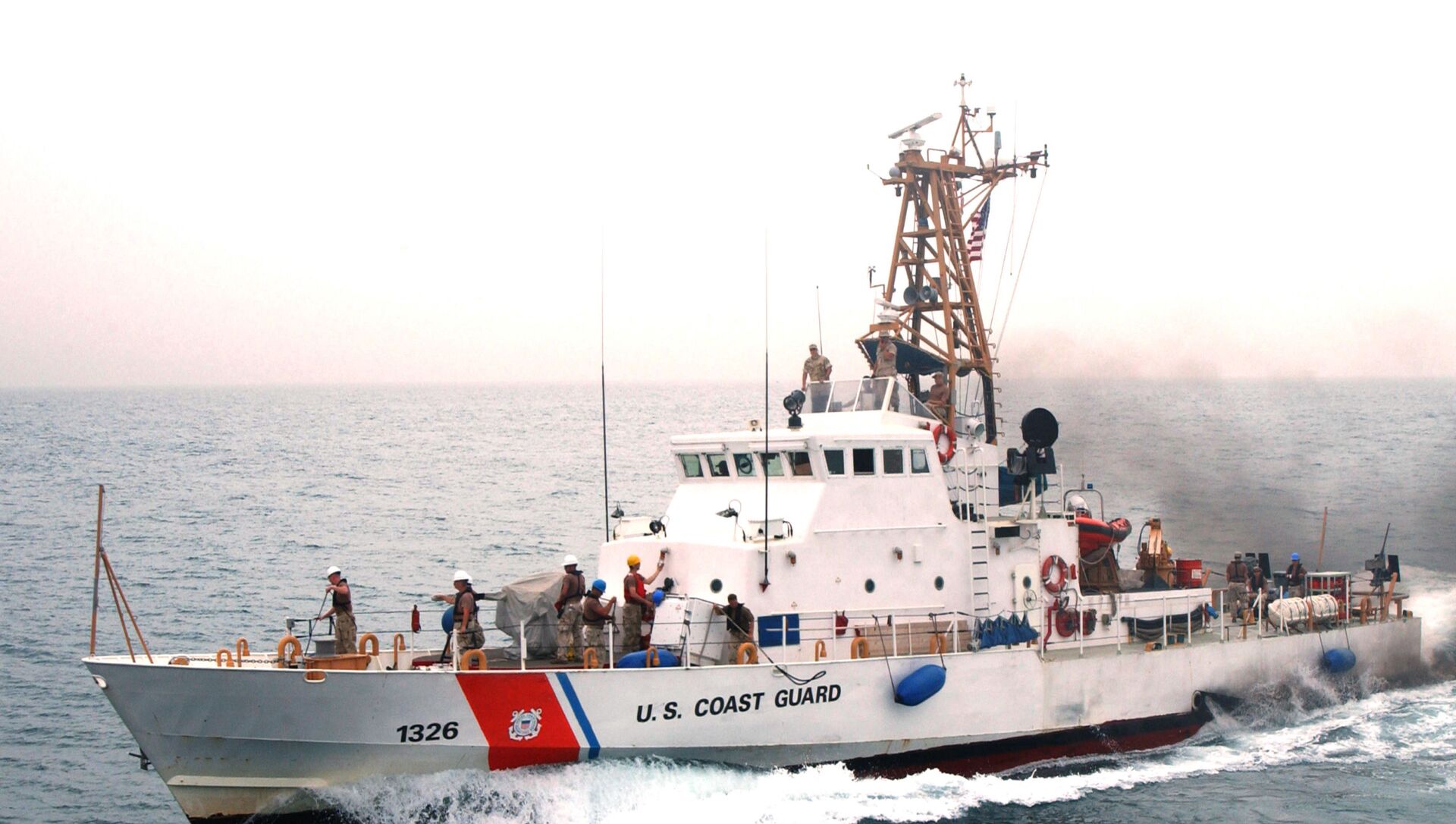 Kirill Kurevlev
Correspondent
All materialsWrite to the author
WASHINGTON (Sputnik) - Boats from Iran’s Islamic Revolutionary Guard Corps harassed US Coast Guard ships earlier this month in the Persian Gulf, the first such altercation in a year, the Wall Street Journal reported on Monday.

US Navy officials confirmed to the newspaper that three fast attack crafts and one support vessel known as Harth 55 swarmed two Coast Guard ships while they were patrolling international waters in the southern portion of the Persian Gulf.

Officials reportedly said the larger vessel repeatedly crossed in front of the bows of the Monomoy and the Wrangell, coming as close as 70 yards away. According to the report, this prompted the Wrangell to engage in defensive maneuvers in order to prevent a collision.

As the Iranian ships began to buzz them, the American crews gave several alerts over a three-hour span. According to Cmdr. Rebecca Rebarich, a spokeswoman of the Navy's Fifth Fleet, which oversees the area, the crew of the Harth 55 responded to the bridge-to-bridge radio queries, but the ship continued the dangerous maneuvers.

The incident, which has not been officially disclosed, occurred on April 2 as the United States and Iran are conducting indirect negotiations on the resumption of the 2015 nuclear agreement. 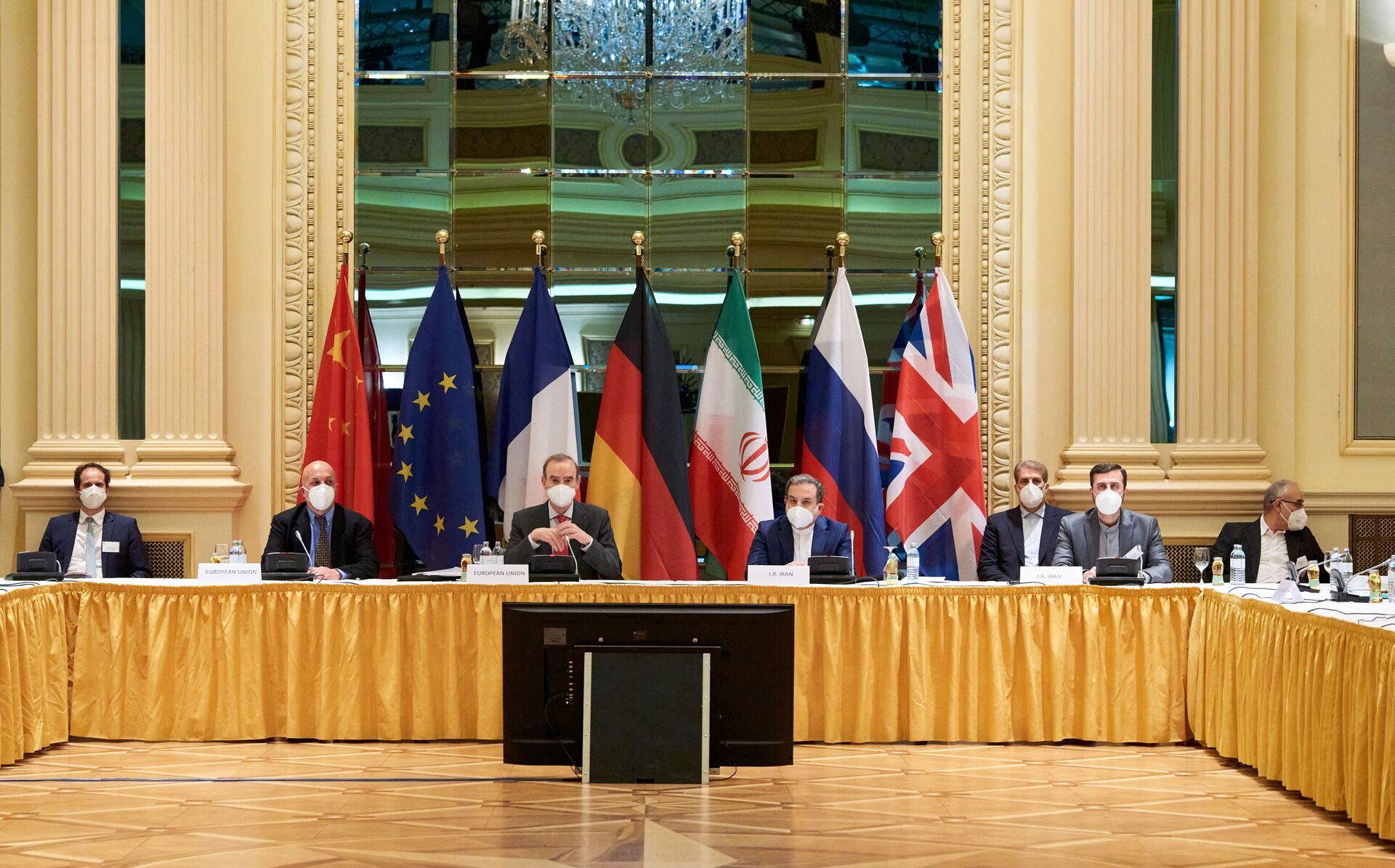 In this Handout photo made available by the EU delegation in Vienna shows Diplomats of the EU, China, Russia and Iran at the start of talks at the Grand Hotel in Vienna on April 6, 2021. - The US will participate in discussions in Vienna to try to save the international agreement on Iranian nuclear power. However, they will not be at the same table as Tehran and it is the Europeans who will serve as intermediaries between the two parties, in the hope of achieving concrete results after two months of impasse.
© AFP 2022 / LARS TERNES

The US-Iranian bilateral relations plunged into new tensions amid blurred prospects for the negotiation process on the Iranian nuclear program, following the US withdrawal from the 2015 Joint Comprehensive Plan of Action (JCPOA) deal in 2018. The decision to pull out of the agreement and enforce sweeping sanctions on Iran prompted Tehran to resume the enrichment of uranium at its nuclear facilities.

The JCPOA is back on the table, with working groups spearheading the diplomatic drive to revive the beleaguered agreement now that the Biden-Harris Administration is in charge of US foreign policy.

Despite the recent progress, senior diplomats cautioned that weeks of tough talks over the nuclear deal lie ahead, and that progress is still precarious. During last week's press briefing, a senior US State Department official stated that in the event that a settlement is reached, the Biden administration will rapidly lift sanctions against Iran, but will not hurry talks at the risk of a solid agreement.

Last week, Iran informed the US that it is convinced that Washington should expand the list of sanctions it is ready to lift within the negotiations on restoring the nuclear deal, Russia's permanent representative to international organizations in Vienna told Sputnik.  The US administration, on the other hand, is unwilling to consider a deal to re-enter the nuclear deal with Iran if it needs the US to lift sanctions and comply with the JCPOA before Iran must take any steps of its own, according to the official.