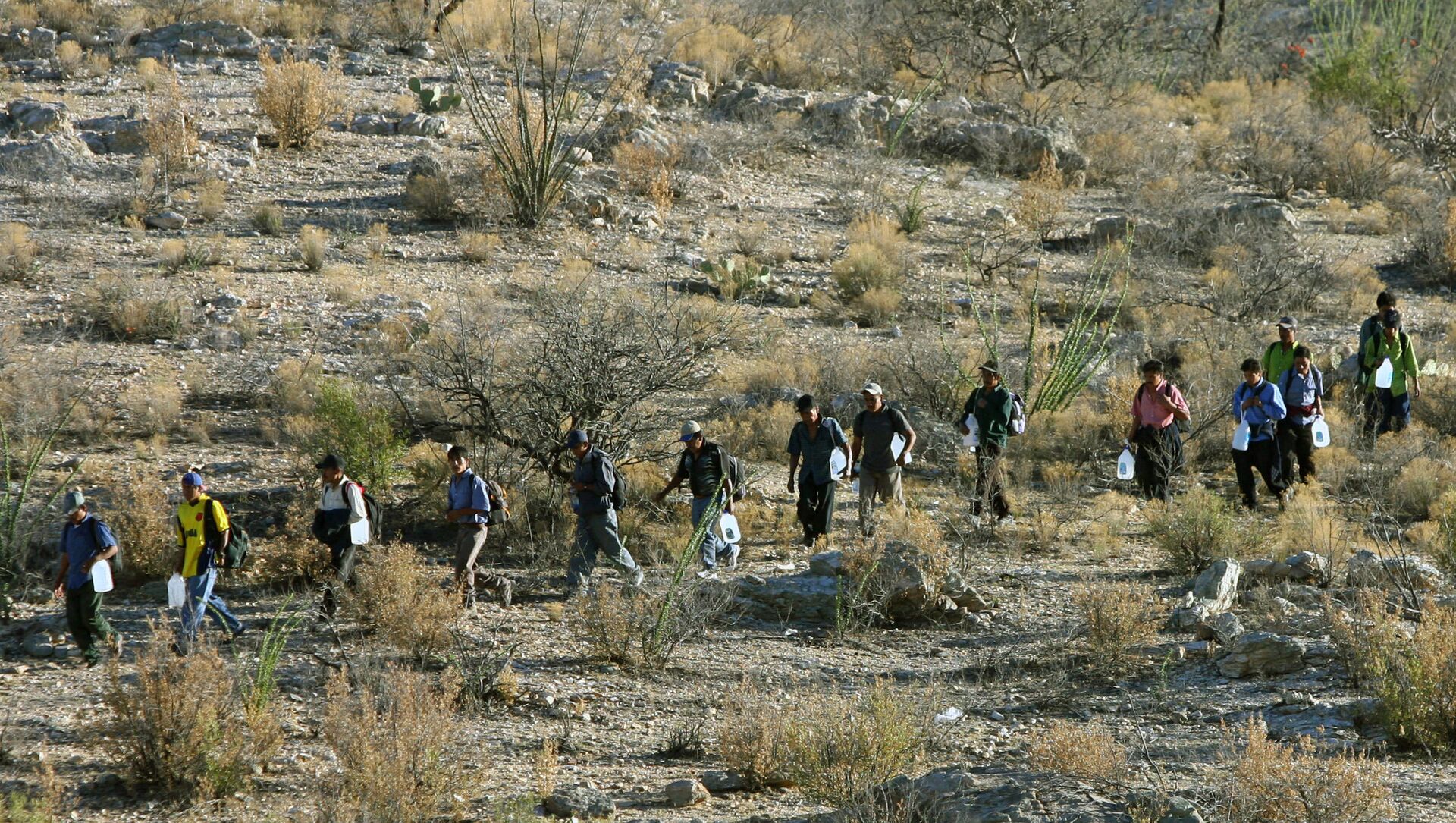 Svetlana Ekimenko
All materialsWrite to the author
Gov. Doug Ducey insisted in late March that the federal government pick up the tab for helping sheriffs, mayors and border patrol in Arizona in response to the migrant surge at the US-Mexico border, as he offered searing criticism of President Joe Biden's immigration policies.

Arizona Gov. Doug Ducey announced that he was deploying 250 National Guard troops to the state’s southern border with Mexico, and is issuing an emergency declaration in response to the growing migrant crisis, with the State to provide up to $25 million in initial funding for the mission.

NEW: The federal government won’t act — but Arizona will. To address the crisis at the border, I’ve issued a Declaration of Emergency and am deploying the brave men and women of our @AZNationalGuard to support law enforcement efforts and protect Arizonans. pic.twitter.com/EdFkiM2C5t

"It's become evidently clear that Arizona needs the National Guard, and the White House is aware of that. Yet, to this day, there has been no action from this administration, and it doesn’t look like they are going to act any time soon. If this administration isn't going to do anything, then we will," said Ducey.

As the Republican politician serving as the 23rd and current governor of Arizona since 2015 announced the move, he added:

"The situation in our border communities is just as bad, if not worse, than the coverage we've been seeing."

The Guard will be assisting with medical operations in detention centres; helping install and maintain border cameras; monitoring and collecting data from public safety cameras, and analysing satellite imagery for current trends in smuggling corridors, reads a statement by Ducey's office.

It was added that Governor Ducey would pay a visit to Yuma County on 21 April to get more details from community leaders and law enforcement officials about what they’re seeing on the ground.

On the day the announcement by the governor was made, Customs and Border Protection held an open house at a new migrant processing centre in the border community of Yuma, which is the first of two planned in Arizona. The tent-like centres will help agents process and temporarily shelter the surging number of asylum seekers arriving at the border, writes Fox News. 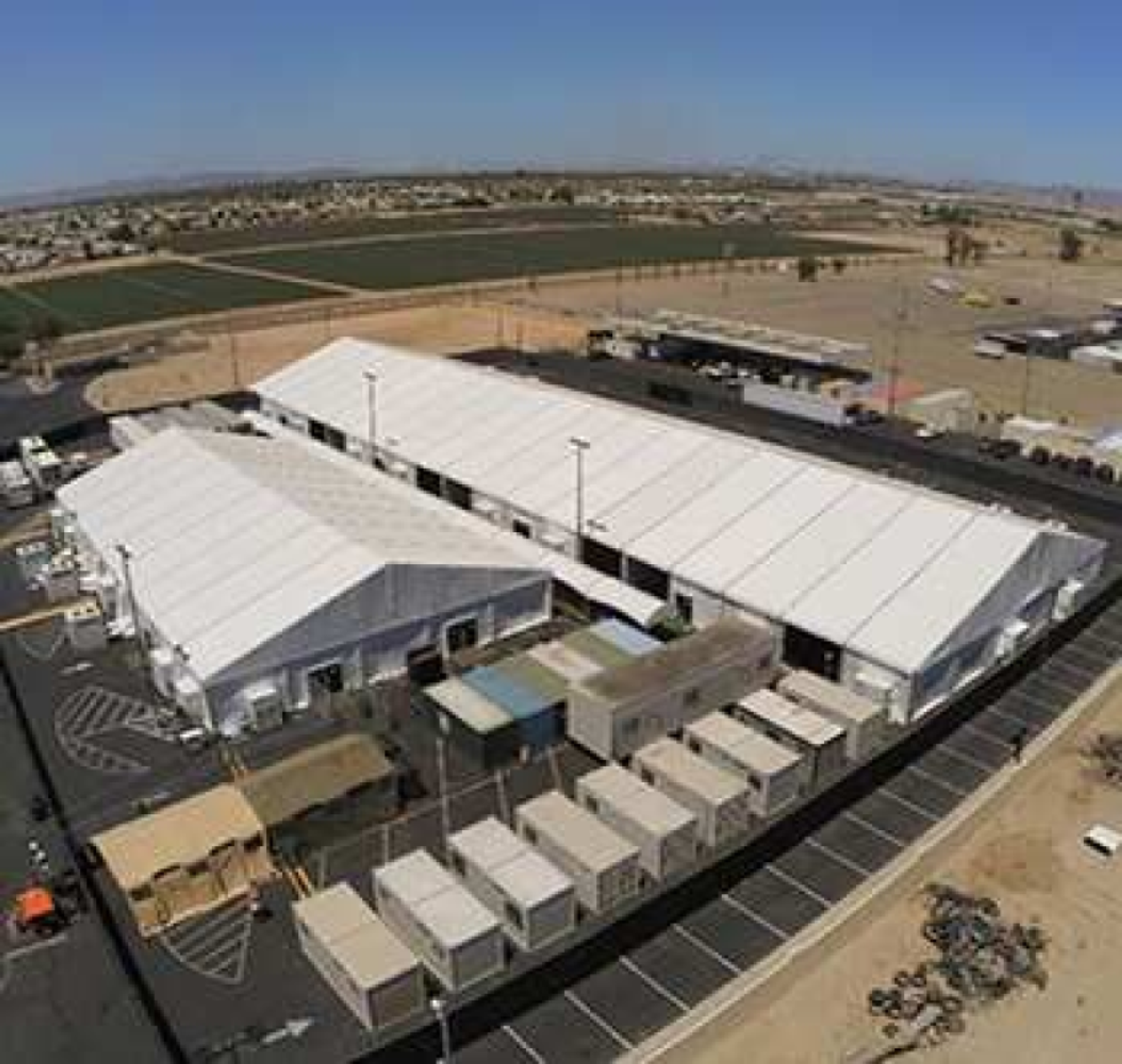 A similar facility is set to open later in April in Tucson.

Applauding the decision by the Arizona Governor, Democratic Sen. Mark Kelly, who said he had been urging the administration to release additional resources, including staffing, transportation and testing, said in a statement:

"In visiting the Yuma Sector and speaking with Border Patrol and other local leaders, it’s clear that their resources and staffing are strained. There are important missions that the Arizona National Guard can perform at the border and the governor calling them up will provide assistance to both local law enforcement and the Department of Homeland Security."

The decision to deploying National Guard troops comes as US Customs & Border Protection in March registered over 170,000 apprehensions at the Southwest border. Nearly 19,000 of these were unaccompanied minors, which is over four times the number of children apprehended in March 2020.

Previously, Arizona Gov. Doug Ducey had indicated that he was considering deploying the Guard and had requested federal reimbursement for the measure.

"Deployment of the National Guard is critical to dealing with this crisis, and we are actively engaged in planning with the Guard," a spokesperson for Ducey was quoted as saying by Fox News last week.

The Republican state leader had gone on Twitter in late March to urge government reimbursement for pans to help sheriffs, mayors and border patrol.

We need to resolve the issues at the border before they get even worse, and Arizona is ready to partner with the federal government to strengthen our borders and improve our immigration system. I spoke to @SecMayorkas this morning about our concerns and solutions. 1/ pic.twitter.com/wQex6StCDv

Our sheriffs need help. Our mayors need help. Border patrol needs help. And we have a real opportunity to partner to ensure additional boots on the ground are available to manage this crisis. 2/

​Other state officials had urged Ducey to push ahead with declaring a state of emergency as Arizona considered deploying the National Guard even before receiving reimbursement.

State Attorney General Mark Brnovich, advocating the measure, said it was a necessary move "even if it means we have to act now and fight for the federal dollars later."

“Reversing the devastating trends at the border will require enforcing the rule of law and holding the federal government accountable," Brnovich said in a letter to the governor.

The migrant crisis, which has seen more than 172,000 arrivals apprehended at the border in March alone, with forecasts suggesting a further surge in 2021 to eclipse that witnessed in 2019, has felt border states like Arizona struggling to handle the situation, with all resources strained.

Biden finally used the word “crisis" to describe the situation unfolding at the southern border on Saturday.

"We're gonna increase the numbers. The problem was that the refugee part was working on the crisis that ended up on the border with young people and we couldn't do two things at once. And now we're going to increase the numbers," said Biden when speaking to reporters.

However, on Monday the White House clarified that the Democratic POTUS had meant to refer to the crisis in Central America, which people are fleeing.

"The president does not feel that children coming to our border seeking refuge from violence, economic hardships and other dire circumstances is a crisis," White House Press Secretary Jen Psaki said on Monday.

Former President Donald Trump weighed in on the “horrible” situation at the southern border of the US in a pre-recorded interview with Fox News host Sean Hannity, aired on Monday night.

“They’re playing it down as much as they can play it down. It’s a horrible situation, could destroy our country,” said Trump.

Trump slammed President Joe Biden’s administration for undermining the policies set during his tenure, saying that “all they had to do was leave it alone.”

Trump on 'Hannity': All Biden had to do was leave border policy 'alone' https://t.co/tXX3TRW55e

​As the Biden administration fends off heavy censure of its handling of the crisis at the border, critics have blamed the rollback of Trump-era policies that have resulted in overcrowded migrant facilities. Since coming into office, Joe Biden has reversed a plethora of his predecessor’s tough immigration policies, such as the “Remain in Mexico” policy, which requires that migrants from Central American countries to wait for asylum hearings outside the US. 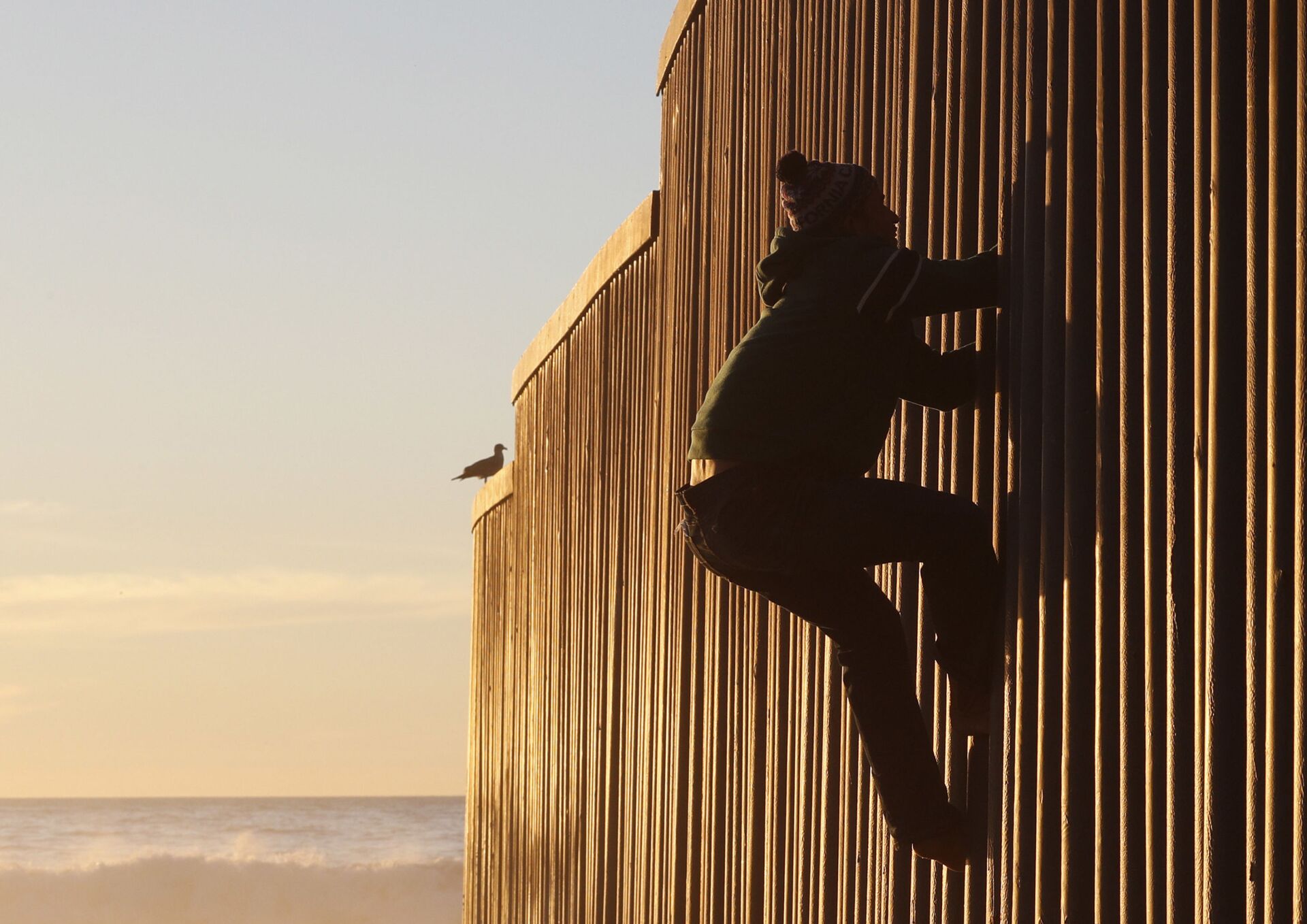 Honduran migrant Jonatan Matamoros Flores, 33, who arrived in October with a migrant caravan, climbs the U.S. border wall to stand atop it before returning to the Mexican side in Tijuana, Mexico, Saturday, Dec. 8, 2018
© AP Photo / Rebecca Blackwell

He also curtailed construction of the border wall and suspended the so-called “Asylum Cooperative Agreements” with Guatemala, Honduras, and El Salvador.