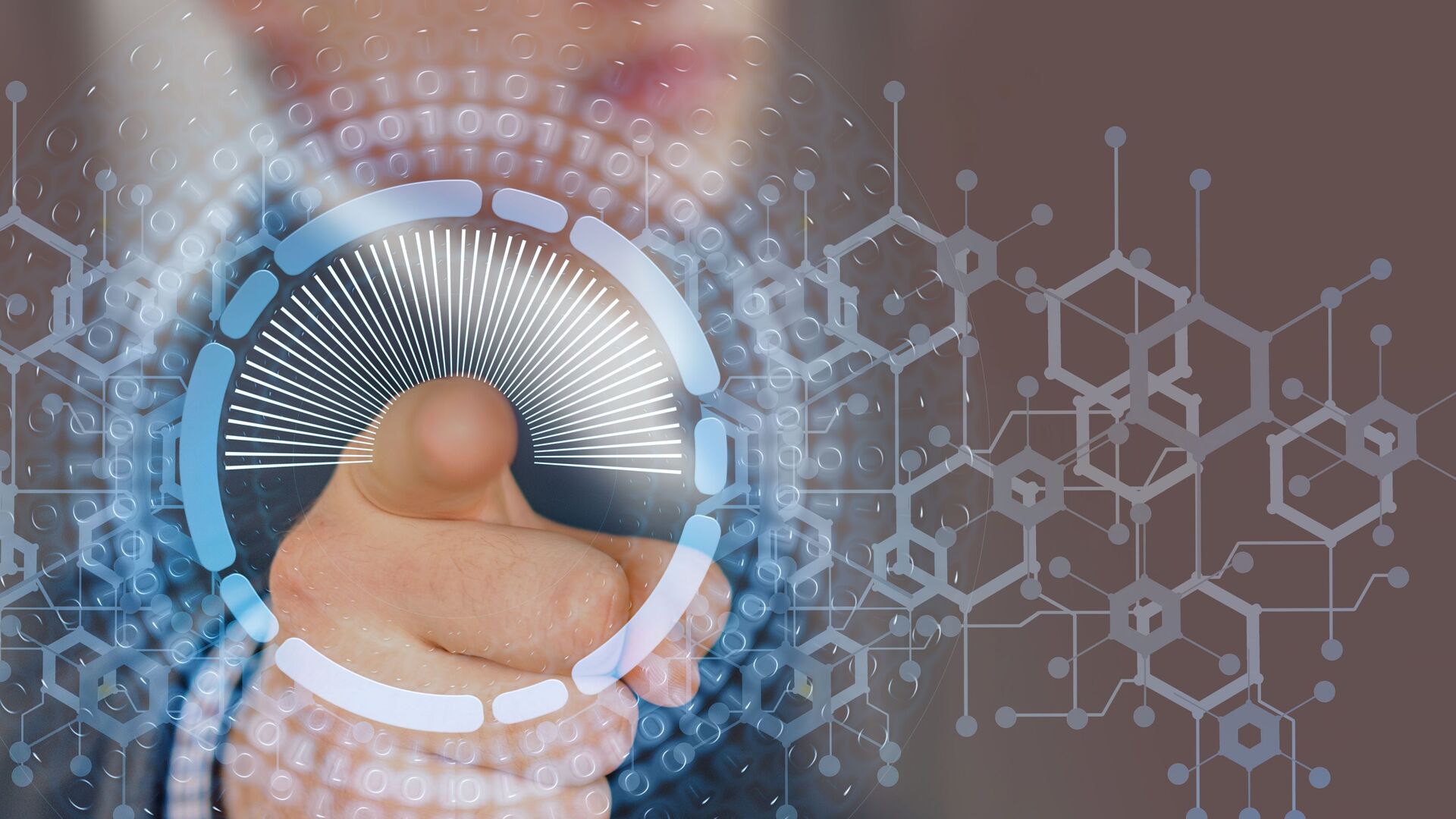 Ekaterina Blinova
All materialsWrite to the author
Besides challenging the US' Big Tech dominance across the world, the Beijing-led Digital Silk Road initiative provides its customers with vast opportunities through competitively priced digital products and services.

From 25 to 26 April, the People's Republic will hold the Fourth Digital China Summit in Fuzhou, the capital of the Fujian Province. The event will be a platform for facilitating cooperation for e-governance and the digital economy, and advance the development of China's Digital Silk Road (DSR) initiative.

DSR was launched in 2015 by Beijing as part of its ambitious Belt and Road Initiative (BRI). Within this strategy, China is providing development and financial aid to participating states along the New Silk Road. When it comes to DSR, this assistance includes upgrading recipients' telecom networks, developing e-commerce and mobile payment systems, as well as artificial intelligence, surveillance, smart cities, cloud computing, and other cutting edge technologies.

​One of DSR's elements is BeiDou, China's global satellite navigation system – a worthy rival of the US' GPS – which has already been adopted by a number of countries in Asia, Middle East, and Africa. According to some estimates, one-third of the countries participating in BRI (approximately 138) are currently cooperating within the framework of DSR initiatives.

#DYK Just like the GPS, China recently launched a constellation of Beidou satellites. Similarly, Russia has Glonass, Europe operates Galileo, while India and Japan have NAVIC and QZSS respectively. They all fall under GNSS-Global Navigation Satellite Systems🛰🌍🚗 ✈️#SpaceHour pic.twitter.com/nzRe9AO9dG

​The DSR's backbone is made up of the Pakistan and East Africa Connecting Europe (PEACE) 15,000 km-long (9,300 mile) subsea cables meant to tie Asia, Africa, and Europe together. The network, which is designed to transmit over 16Tbps per fibre pair, is owned by Hengtong Group, a China-headquartered international optical fibre and power cable manufacturer. 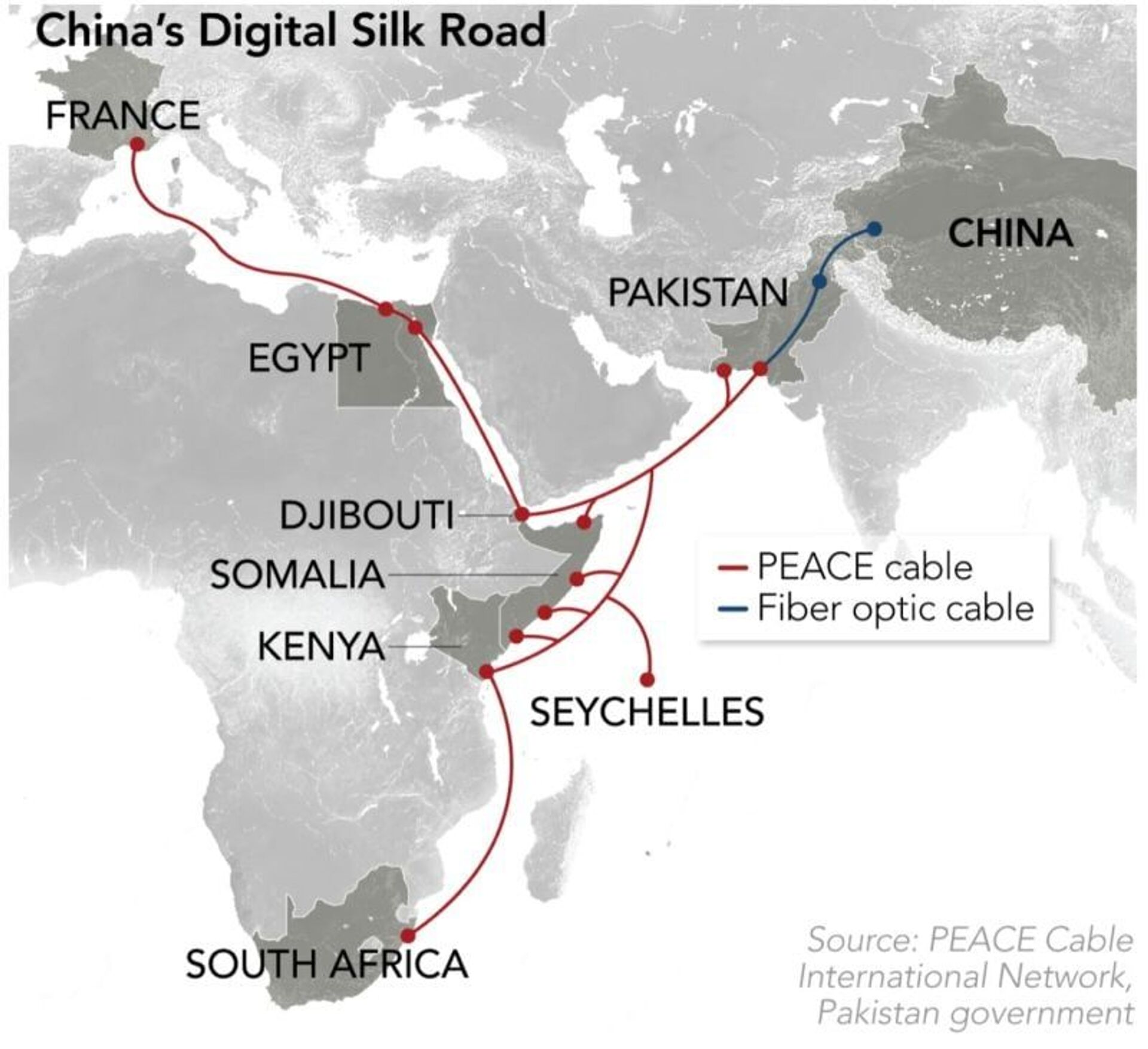 The Mediterranean section of the cable going from Egypt to France has already been laid. In March 2021, the Special Communications Organisation (SCO), the telecommunications branch of the Pakistan Army, was set to start laying the final stretch of a cross-border fibre optic cable between Rawalpindi and the port cities of Karachi and Gwadar in partnership with China’s Huawei Technologies, according to Nikkei. The PEACE cable is expected to become operational later this year.

Meanwhile, American influential think tanks warn that China's initiative poses a challenge to the established dominance of Western digital companies and could substantially diminish their market share in the future.

"The Digital Silk Road advances China’s bid for technological independence at home while moving it toward the centre of global networks," noted the Washington-based Centre for Strategic and International Studies (CSIS) in February 2021.

"Digital infrastructure is becoming even more essential to modern economies with the arrival of faster networks, cheaper sensors, and the proliferation of connected devices."

​According to the think tank, China has become increasingly competitive in delivering advanced telecom and subsea cable systems. Besides this, the DRS initiative is "well-timed, dovetailing with powerful, longer-running trends," CSIS admitted, stressing that the COVID pandemic made digital infrastructure "even more essential." The think tank argued that the Biden administration should step up the US technological development to tackle China's challenge.

The Council on Foreign Relations (CFR), a US influential nonprofit think tank shares CSIS' concerns, suggesting that China could resort to espionage and coercion therefore misusing its telecom dominance. Beijing may train interested DSR on how to use surveillance capabilities against opposition groups and how to monitor and censor the internet in real time, according to the think tank. 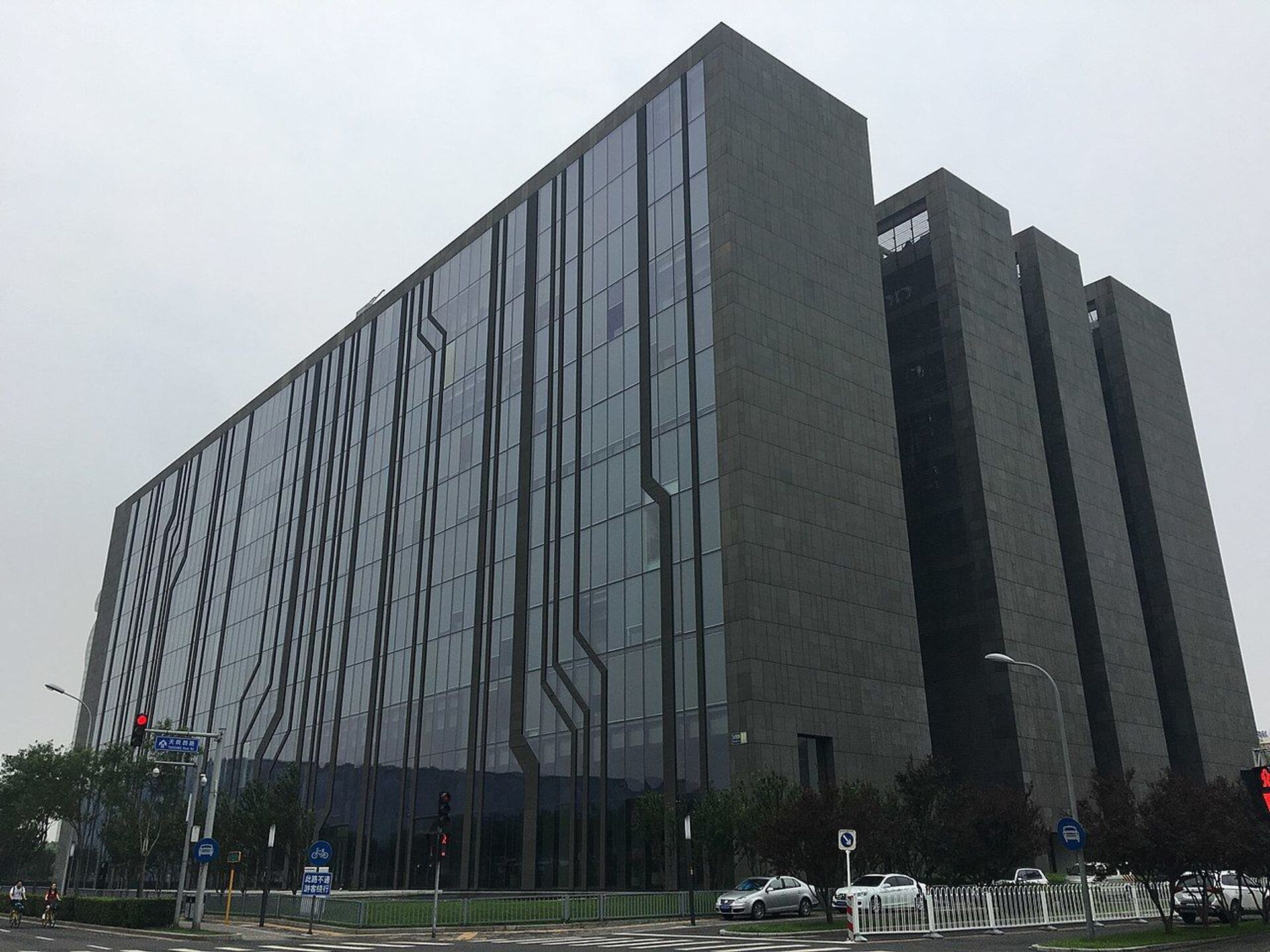 China's digital independence bid might play into the hands of global customers, suggest Richard Ghiasy and Rajeshwari Krishnamurthy in their op-ed for The Diplomat, a Washington DC-based magazine specialising in Indo-Pacific affairs.

"A small number of actors lead the tech world, and US tech giants Alphabet (Google), Intel, Amazon, Cisco, and Facebook in particular have a near-global monopoly in their respective domains," the researchers highlight.

By the end of 2018, American Big Tech owned or leased over half of the undersea cable bandwidth which carried close to 98 percent of international internet data and telephone traffic. "Such dominance is not healthy and several actors, including the EU and Australia, have taken steps to curb these tech giants’ sway," the researchers pointed out, adding that China, for its part, may provide competitively priced digital products and services.

While theoretically China could gain a "valuable tool of local political influence" by manipulating other countries' reliance on its infrastructure, this hypothetical scenario, however, "is not exclusive to China," the authors believe. "As the Edward Snowden revelations and the Facebook-Cambridge Analytica data scandal showed, any tech provider or cyber tech-advanced actor could abuse their position, if so desired," Ghiasy and Krishnamurthy remark.

The DSR catalyses a "more digitalised world" which might offer spinoff investment and sales opportunities not only for Chinese tech-firms but also to local companies and non-tech sectors, according to the researchers. At the same time, the Beijing endeavour obviously challenges the US dominance in the digital sphere and global market.

"Regardless of where one stands, amidst a pandemic that has wreaked havoc on the global economy, digitalisation and economic growth are as welcome as ever," the authors conclude.