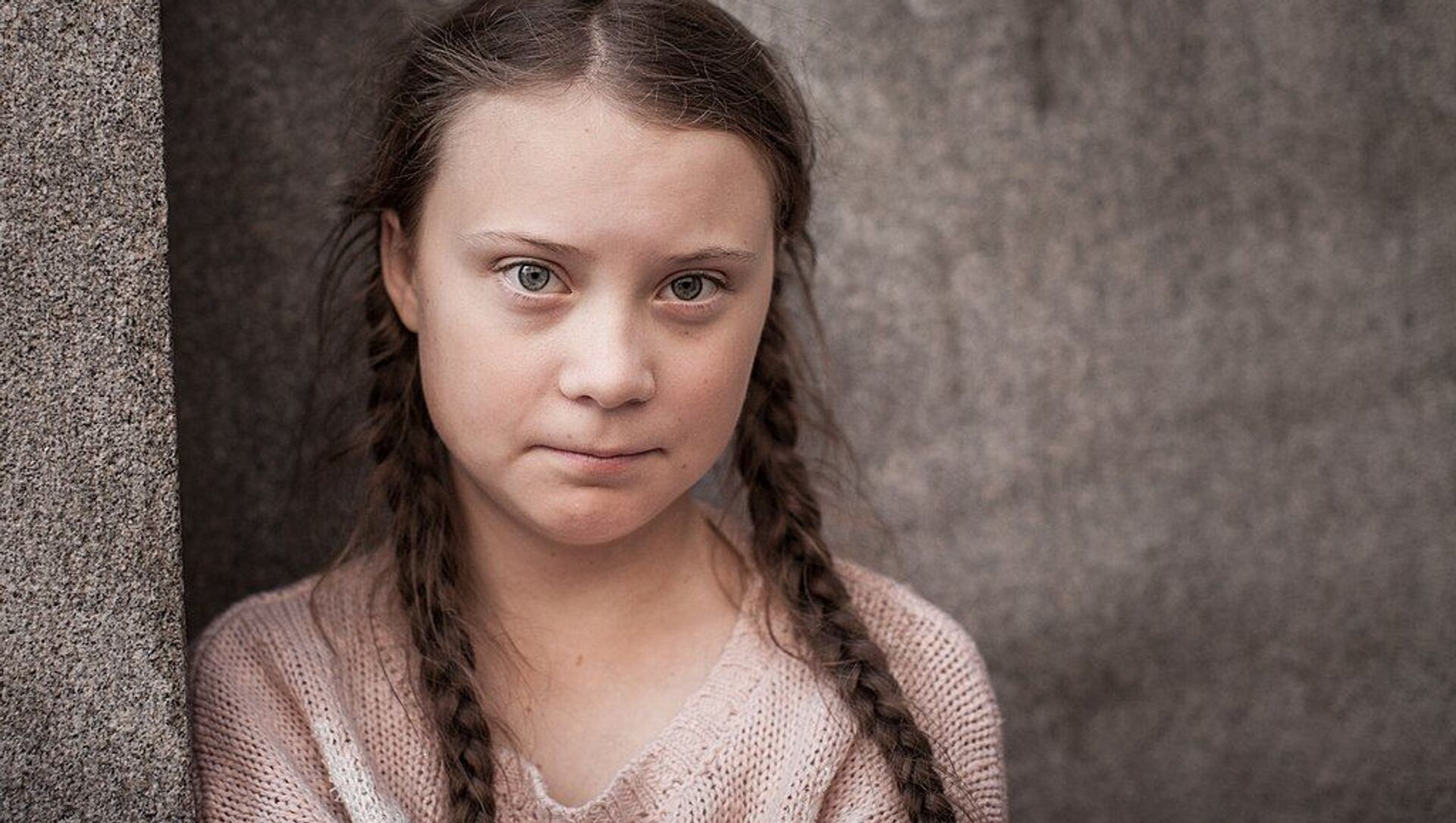 Igor Kuznetsov
All materials
Speaking ahead of the launch of the BBC series “Greta Thunberg: A Year To Change The World”, the Swedish activist turned climate icon self-deprecatingly said she only “writes and gives speeches and travels around”, suggesting that “anyone else could have done the same thing”.

When asked which emoji best described the threat of climate change, Swedish teenage climate activist and campaigner Greta Thunberg ventured it was a laughing face with tears in the eyes.

“You need to be able to laugh sometimes. The climate crisis is actually hilarious, if you think of it. It’s just the absurdity of the situation,” she told The Times. “If you’re doing everything you can, then you just need to take a step back and say, OK, there’s nothing more I can do, so then you just have to laugh.”

Thunberg, who last year returned to school to study social science after spending much of 2019 on the move campaigning to promote her cause – which featured publicity stunts such as crossing the Atlantic aboard a “zero-emissions” yacht and rubbing elbows with celebrities – said she drew hope from the fact that the science about climate change was becoming clearer, even though the world still failed to act sufficiently on the problem.

“Whether it is by applauding me or taking selfies with me, or whether it is by calling me things, or criticising me. I mean, both these teams are using me for different purposes and in different ways, but they are still using me to gain popularity,” Thunberg said.

At the same time Thunberg addressed the decision of the University of Winchester to erect a $33,000 bronze statue of her by calling it “very strange”. Previously, the local students union called the statue a “vanity project” and lamented the money which, they argued, could be better spent.

​18-year-old Thunberg spoke to journalists ahead of the launch of the BBC series “Greta Thunberg: A Year To Change The World”, in which she visits places most dramatically affected by climate change, and meets climate scientists and fellow activists calling demanding more strenuous environmental action.

On a self-deprecating note, she ventured that she has “done nothing” compared to Sir David Attenborough.

“I’ve only done this together with the millions of others in the Fridays for Future movement, so it’s not something that I have accomplished, really. All I’ve done is to write and give speeches and to travel around, and it feels like anyone else could have done the same thing. It’s not that I’m unique in this sense,” Thunberg suggested.

Greta Thunberg shot to fame as a 15-year-old through her solitary protests opposite the Swedish parliament, which later mushroomed into a worldwide movement, making her an icon of the contemporary climate movement. Basking in undivided media attention ever since and lavished with prizes and accolades, Thunberg remains a highly divisive figure seen as a daring and dogged fighter by her fans and a manipulated stooge and a puppet by her critics.