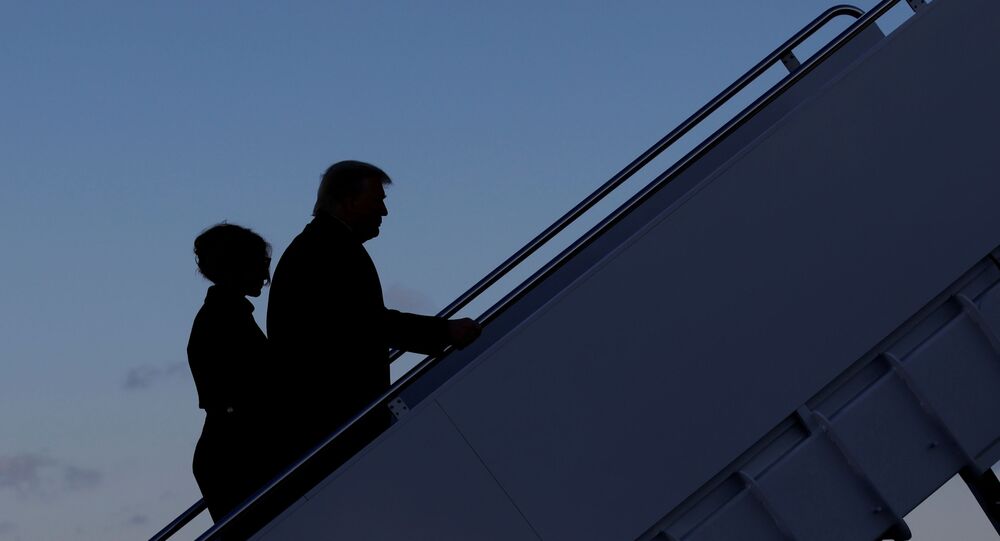 For over a year, the two have been feuding back and forth on Twitter, but Thunberg's joke may seem to bury the hatchet. Trump's account on social media platform was suspended following the events in US Capitol on January 6, for which Trump was blamed. His tweets are no longer available, but a separate website has them reportedly archived.

18-year-old climate activist Greta Thunberg had one last laugh on social media at then-outgoing US President Donald Trump on Wednesday, as she described the president leaving the White House using his own words about her.

Thunberg continued on Twitter with her habit of throwing Trump's own words back at him, riffing off one of his old tweets in order to ridicule his departure from the White House.

A picture of Trump waving from the steps of Marine One was included in the tweet, hours before he left the White House for the final time in his presidency.

He seems like a very happy old man looking forward to a bright and wonderful future. So nice to see! pic.twitter.com/G8gObLhsz9

Thunberg's joke refers to a similar insult from Trump in September 2019, in which he insulted her for a passionate speech she made at the United Nations about climate change, in which she exclaimed her widely known "how dare you".

"She seems like a very happy young girl looking forward to a bright and wonderful future,” Trump tweeted at the time. “So nice to see!"

In the past, Thunberg has reacted to Trump's attacks by either tossing back his words at him or adding them to her bio on Twitter. On November 5, after Trump took on Twitter about his election defeat to Joe Biden and the claims of massive election irregularities, she did the same thing.

The same words were used by Trump to criticize Thunberg last December, after she was voted Person of the Year by Time magazine.

Following that, Thunberg also reportedly added the president's insults to her Twitter biography.

"A teenager working on her anger management problem," her biography read last December. "Currently chilling and watching a good old-fashioned movie with a friend."

On Wednesday, Joe Biden was inaugurated as the 46th president of the United States. Former President Trump skipped the inauguration of Biden and spent his last moments in office in Florida.

According to Biden, one of his top priorities on the first day in office is to rejoin the Paris Climate Agreement. It is a treaty calling for the world's nations to reduce their emissions in order to save the earth from global warming. Trump withdrew from the accords on June 1, 2017.

'Trump Has been the Best President in my Lifetime. He Has Put America First,' Analyst Says