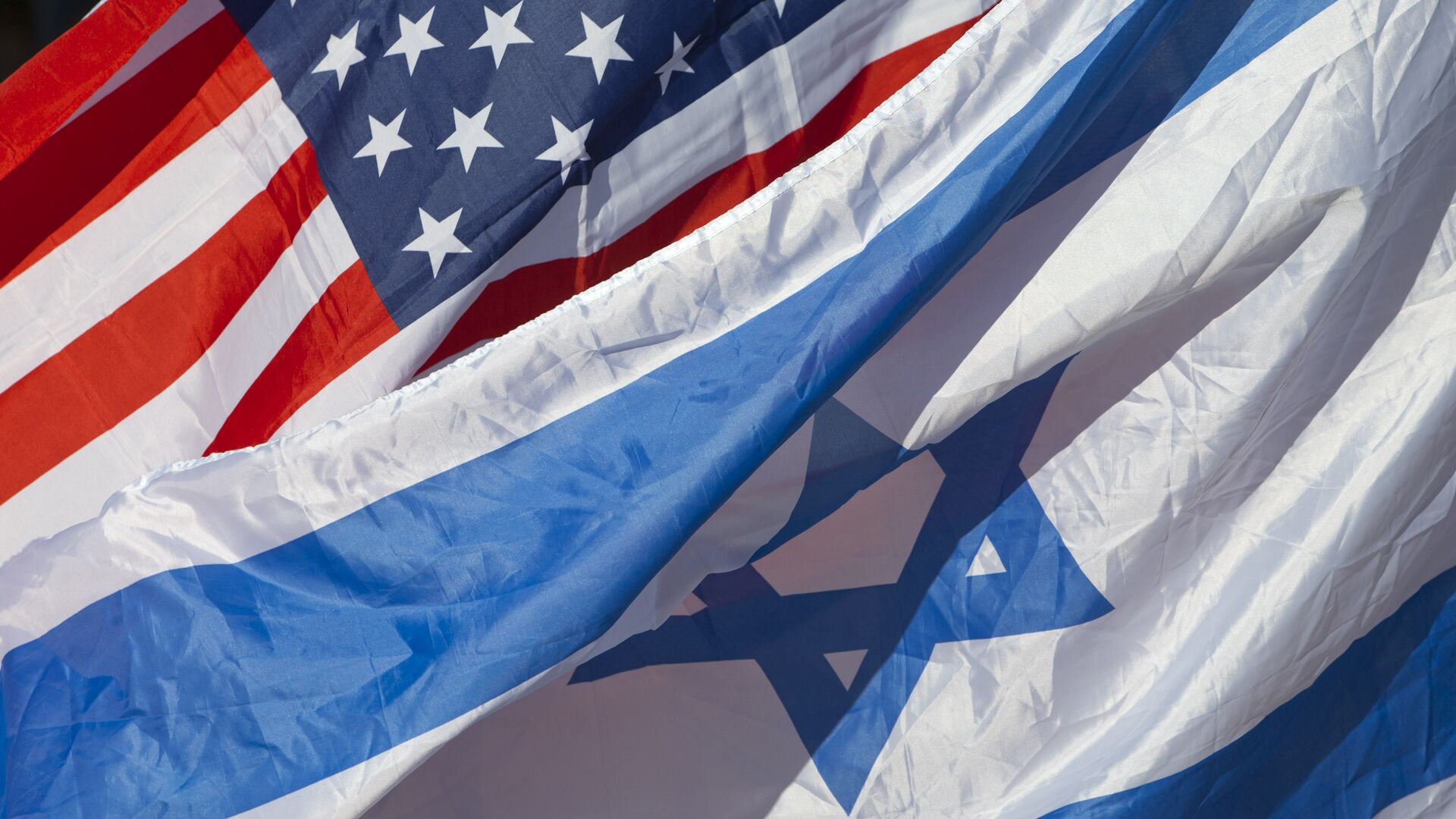 Elizabeth Blade
All materials
The US Secretary of Defence will meet the Israeli PM later today. During the meeting he is expected to ask Israel not to sabotage US diplomatic efforts in Vienna with Iran. Benjamin Netanyahu, for his part, is likely to demand guarantees that the deal with Iran will not harm Israeli security.

US Secretary of Defence Lloyd Austin is continuing his two-day visit to Israel. On Sunday, he met his Israeli counterpart Benny Gantz and later today he is expected to meet Prime Minister Benjamin Netanyahu.

Danny Ayalon, Israel's former ambassador to the US, says the officials will have plenty of topics on their agenda.

Iran to Top the Agenda

But the former diplomat believes these will not be their main concerns. The primary topic of discussion, he says, will be Iran and the shaping nuclear deal between Tehran and Washington.

Last week, Tehran sat down for a series of talks with world powers, namely Russia, China, Britain, France and Germany in order to revive the Joint Comprehensive Plan of Action, an agreement that was signed in 2015 between Iran and the nations of the UN Security Council plus Germany (5+1 Group) in a bid to control the Islamic Republic's nuclear activity.

Israel Vows to Work Closely With US to Ensure Any New Deal With Iran Prevents Arms Race in Mideast
However, three years later, then-president Donald Trump pulled the US out of the deal, promising to sanction foreign companies for doing business with key sectors of the Islamic Republic unless Tehran agreed to a new, stricter set of terms.

Israel is a staunch opponent to the revival of that deal. It believes that the removal of economic pressure from Iran will embolden the Islamic Republic and bring it closer to developing an atomic bomb. From there, it will only be a matter of time until Tehran fulfils its promises to annihilate the Jewish state.

The Islamic Republic has repeatedly rebuffed these and similar allegations, stressing that its nuclear programme pursues peaceful purposes only. But Israel is not convinced, and Ayalon says officials want to make sure that Washington hammers out a "good deal" with Iran, an agreement that would reflect Israel's security needs more capably than what was signed in 2015 by the Barack Obama administration.

From the Israeli perspective, a better deal would not only limit Iran's uranium enrichment programme, like the JCPOA did in 2015. Israel would need to see guarantees that would include the shutdown of Iran's existing nuclear facilities, the control of the development of their centrifuges and the blocking of their ballistic missile plans.

During their meeting at the Prime Minister’s office in Jerusalem, Netanyahu is expected to reiterate those expectations from the Biden administration.

In his first foreign policy speech delivered at the beginning of February, Biden stated that he was committed to Israel's security, and Ayalon believes the American leader will stick to his promises, given the fact that he is "a friendly President" to Israel.

Friendship aside, American interests might differ from those Israel is currently pursuing and if the deal that Washington eventually reaches with Tehran is not to the liking of Israeli officials, that might lead to a potential crack in the relations between the two countries.

However, the former diplomat suggests not jumping to quick conclusions.

"Relations will not suffer, even if Washington does reach a deal that will not be what Israel had wished for. Just as they didn't crack in 2015 under Obama that was less friendly to Israel than the current leader."

It is not only about friendship. Israel is the largest recipient of US foreign aid. Over the years, it has received some $146 billion in bilateral assistance and missile defence funding, although it has also obtained significant economic and military packages.

In Israel, however, that assistance is viewed as cooperation of almost equals, not as generous donations.

"The $3.8 billion that the Americans invest in Israel serve their interests too. It creates jobs in the US. It makes their military lobby and politicians happy. Plus, they need our intelligence, our cyber security and our missile defence technologies like the Iron Dome. Of course we are the junior partner in that cooperation but it is a win-win for both sides and I don't see this deep relationship coming to an end," says Ayalon.

While the US is now leading its series of indirect talks with Iran, reports suggest that the mysterious explosion that took place at the Natanz nuclear site on Sunday was traced to Israel.

Iran Accuses Israel of Being Behind Natanz Sabotage Attack, Vows Revenge
Washington will want to make sure that tensions will not escalate any further. The US is not interested in any surprises, while taking their diplomatic path in Vienna with the Iranians.

And this is why, Ayalon says, the meeting  later today will be mostly about "setting the boundaries," matching expectations and making sure that the two partners see eye-to-eye on Iran and its nuclear programme.