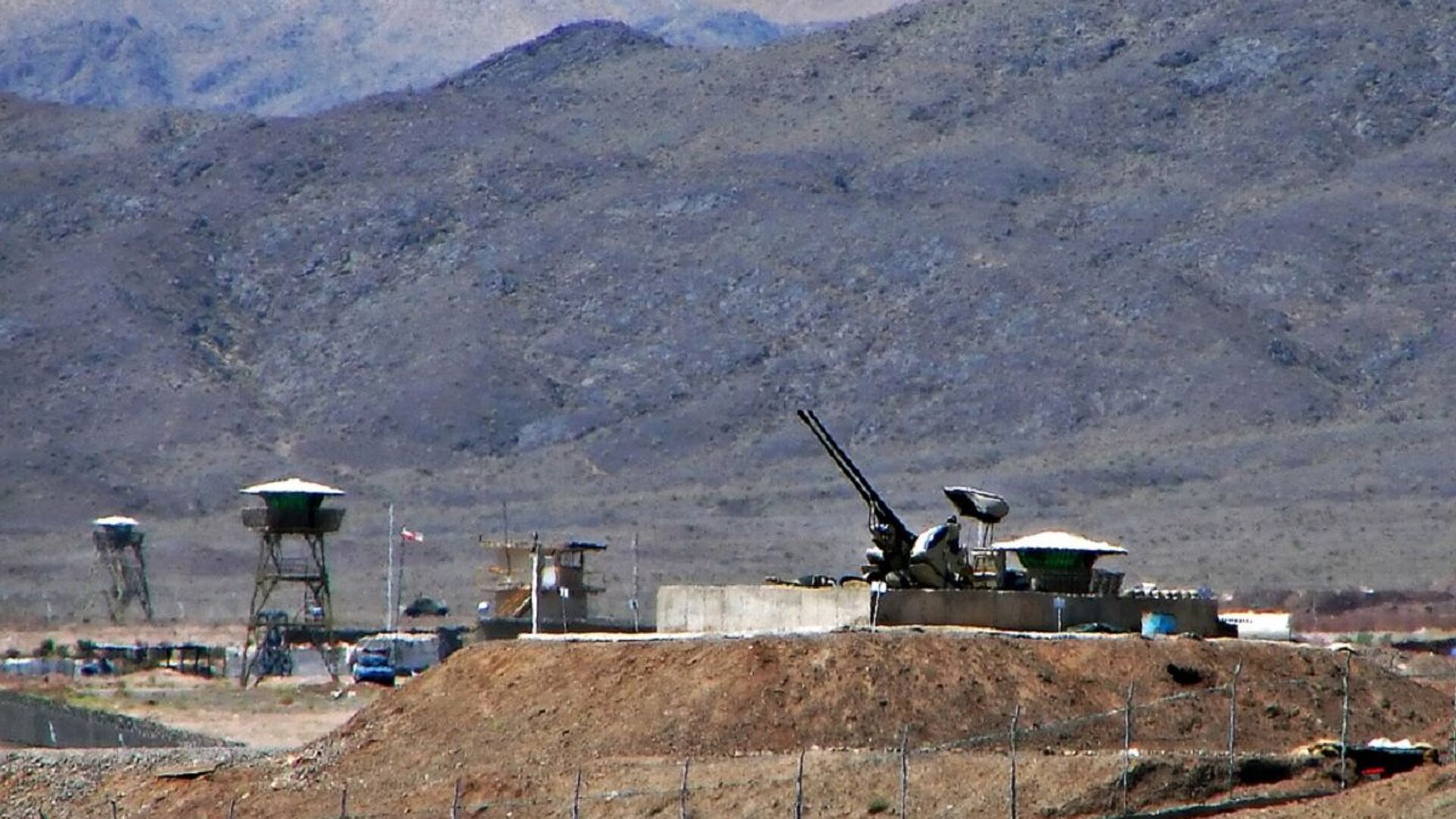 Arty Katkov
All materialsWrite to the author
On Sunday morning, Iran’s Atomic Energy Organization reported an accident at the Natanz nuclear site adding there were no casualties or environmental pollution.

Iranian Foreign Minister Javad Zarif has blamed Israel on Monday for the sabotage of the Natanz nuclear site.

"The Zionists want to take revenge because of our progress in the way to lift sanctions ... they have publicly said that they will not allow this. But we will take our revenge from the Zionists," Zarif was quoted as saying by state TV.

According to Zarif, Israel "has publicly announced that it will not allow us to make progress in lifting restrictions, and it believes that it has succeeded in it."

Atomic Energy Organization Spokesman Reportedly 'Had an Accident' When Visiting Natanz
The foreign minister added that, in response, his country will "achieve new breakthroughs in the nuclear development."

Zarif went on to say that this "sabotage act" at the Natanz nuclear power plant will not weaken Tehran's position in the negotiations.

"The negotiating parties [in Vienna] should know that the Natanz reactor will henceforth be equipped with advanced centrifuges with high [uranium] enrichment capabilities," Zarif added.

According to Khatibzadeh, IR-1 uranium enrichment centrifuges were damaged in the incident.

"If the Natanz attack was aimed at slowing down our nuclear production, it failed," the spokesman added, promising that "Israel will face a response in due time and place."

On the morning of April 11, an explosion occurred at a uranium enrichment plant in Natanz, in the Isfahan province in central Iran.

Head of Iran’s Atomic Energy Organization Ali Akbar Salehi defined the incident as an "act of nuclear terrorism," saying that Tehran reserves the right to respond to those responsible for the attack.

The explosion is reportedly a devastating blow to Iran's ability to enrich uranium and it could take at least 9 months to resume work in the facility.

Khatibzadeh, however, said that Iran will replace the damaged uranium enrichment centrifuges with more advanced ones. The attack will not slow down nuclear production in Iran, he said.

Later on Sunday The New York Times reported, citing unnamed sources within US and Israeli intelligence, that the incident was caused by a "deliberately planned explosion". The newspaper also claimed that the Natanz incident was a "classified Israeli operation".

The incident at the Natanz plant took place amid the Vienna talks dedicated to bringing back the US, which withdrew from the Joint Comprehensive Plan of Action (JCPOA).

Israeli Radio Cites Intel Claiming Mossad Hit Iran's Natanz Nuclear Facility With Cyberattack
In 2018, Donald Trump during his term pulled out the US from the so-called nuclear deal that required that Iran scale back its nuclear programme and downgrade its uranium reserves in exchange for sanctions relief.

The Israeli government has always been opposed to the nuclear deal, with Prime Minister Benjamin Netanyahu recently saying that Israel was not going to rely on the Iran nuclear agreement and would “do everything” to prevent Tehran from getting hold of nuclear weapons.