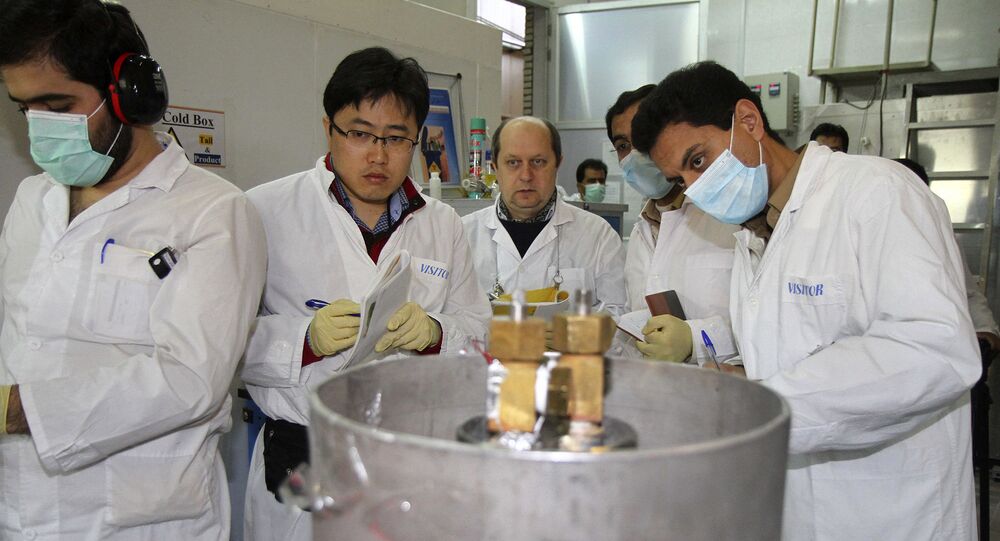 On the morning of April 11, an explosion occurred at a uranium enrichment plant in Natanz, in the Isfahan province in central Iran. Officials in the Islamic republic immediately classified the accident as an “act of nuclear terrorism.”

The incident at the Natanz’ nuclear plant in Iran was caused by a "deliberately planned explosion," the The New York Times reported on Sunday, citing unnamed sources within US and Israeli intelligence.

What was earlier suspected by some to be a cyber attack, according to the NYT, appeared to be a powerful explosion that has destroyed the well-guarded internal energy system that fed the underground centrifuges that enrich uranium. Citing sources, the newspaper claimed that the Natanz incident was a "classified Israeli operation".

The explosion is reportedly a devastating blow to Iran's ability to enrich uranium and it could take at least 9 months to resume work in the facility.

The NYT also noted that it is unclear whether the Biden administration was aware of the alleged Israeli operation.

At the same time, A Washington Post reporter said on Sunday, citing an unnamed senior US official, that Washington has seen "reports of an incident", but the US "had no involvement, and we have nothing to add".

Biden administration is making it clear it wasn’t involved in Natanz explosion as it pursues diplomacy with Iran. “We have seen reports of an incident at the Natanz enrichment facility in Iran,” says senior US official. “The US had no involvement, and we have nothing to add...”

On Sunday morning, a spokesman for the Iran’s Atomic Energy Organization (AEOI), Behrouz Kamalvandi, reported an accident at the Natanz nuclear site. He said that the incident saw no casualties or environmental pollution. AEOI head Ali Akbar Salehi defined the incident as an "act of nuclear terrorist," saying that Tehran reserves the right to respond to those responsible for the attack.

© CC BY 2.0 / Hamed Saber / Natanz nuclear
Anti-aircraft guns guarding Natanz Nuclear Facility, Iran
A day before the incident, a workshop for advanced centrifuges IR-9 production was opened at the plant, in which testing and gasification of new centrifuges was expected to start soon.

The incident at the Natanz plant took place amid the Vienna talks dedicated to bringing back the US, which withdrew from the Joint Comprehensive Plan of Action (JCPOA), or the Iran nuclear deal, in 2018, as Iran has started to backtrack from its commitments under the JCPOA following Washington's withdrawal. While the negotiations are held in the P5+1 format comprising Russia, China, the US, the UK, France, Germany and Iran, no direct talks between Iranian and American delegations have yet been held.