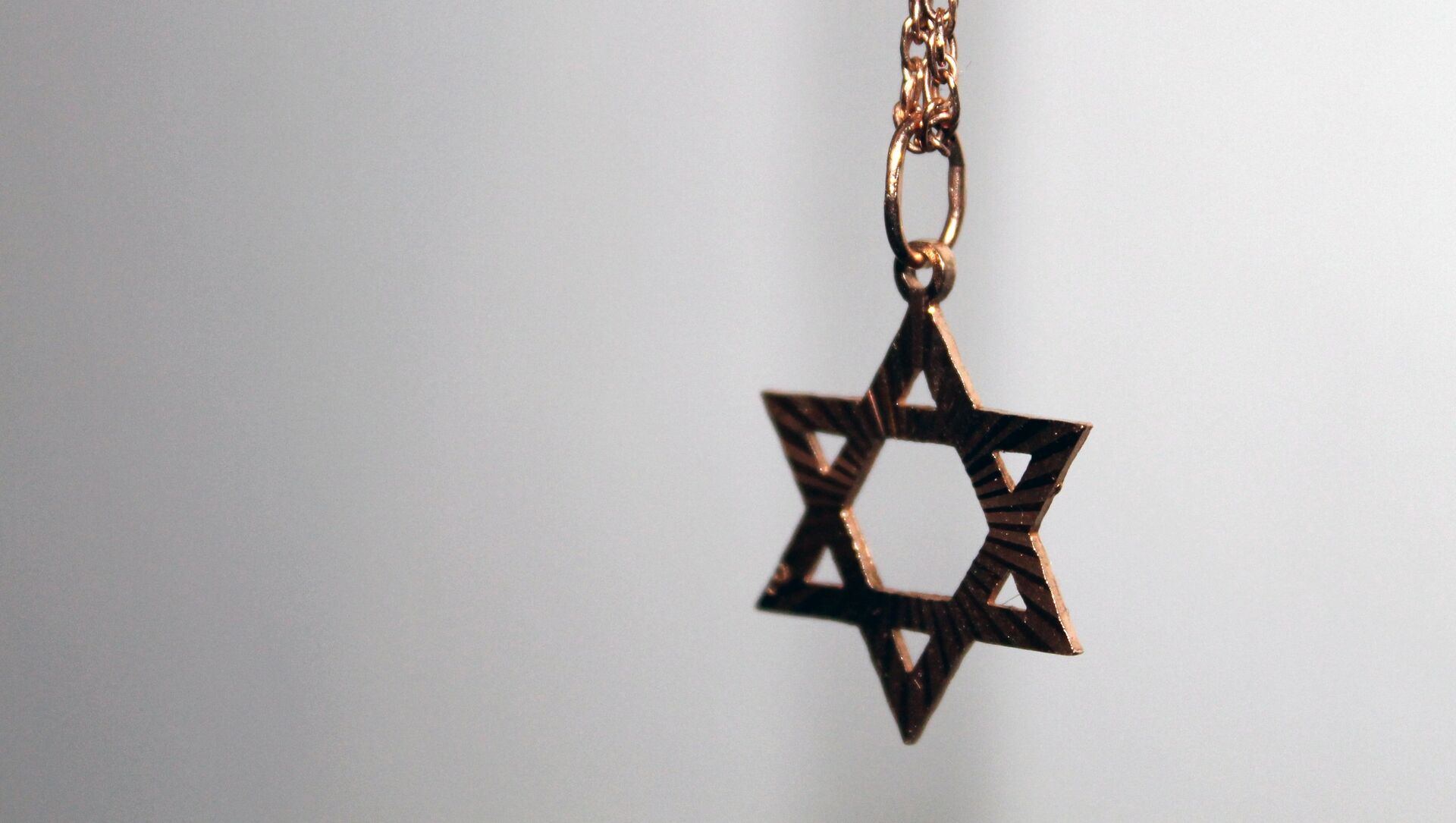 CC0 / /
Subscribe
Igor Kuznetsov
All materials
Inger Støjberg, formerly a Venstre party minister and presently an independent MP, referred to a promise made to Jews after World War II that they could live safely and follow their traditions in Denmark. She also emphasised the Jewish contribution and ventured its diaspora was far better integrated than the Muslim one.

Inger Støjberg, the former Danish minister for integration and immigration, has called for a circumcision ban for all boys over the age of eight days.

Writing in her Berlingske column, the maverick MP who left the liberal-conservative Venstre Party, explained that she had specifically chosen the eight-day ceiling because a traditional Jewish circumcision takes place on the eighth day of the boy’s life.

Muslims, on the other hand, tend to get circumcised much later, and Støjberg made no secret of the fact that she was consciously putting the needs of Denmark's 6,000-strong Jewish diaspora before the Muslim one of 320,000 – partly due to a promise made to them after World War II that they could live safely here and follow their traditions and partly because the Jewish diaspora is better integrated, in her opinion.

“The Jews have always lived in peaceful coexistence with the rest of the Danes. They have never made special demands or demanded that society should conform to Judaism,” Støjberg wrote. “If you look at terrorism or just their everyday demands, there are far too many Muslims who, in my view, cannot figure out how to conform to Danish society,” she added.

“In other words, the Jews, in contrast to far too many Muslims in Denmark, have completely integrated into Danish society. They have never posed a danger either culturally or in terms of safety. They have never committed terror in the name of religion. They have never tried to force the rest of us to live by their principles. I have infinitely great respect for the contribution that the Jews have made to Denmark as Danish compatriots,” Støjberg wrote.

“It pains me that Jews to this day are persecuted all over the world. Even in Denmark, Jews today are vulnerable. Jewish schools, institutions and the synagogue are guarded. They are because they are a target for both Islamist terrorists and right-wing extremists,” she mused, adding that Jews have to live with “harassment, fear and persecution” on a daily basis.

Støjberg admitted that the debate is “explosive” and contains a religious, an ethical and a health dimension.

She also confessed that she personally thought children should not be circumcised at all. Ideally, individuals would be allowed to decide for themselves once they have hit 18. But a promise is a promise, she concluded.

In 2020, a broad spectrum of Danish parties, backed by numerous medical professionals, pushed for a blanket ban on ritual circumcision for boys, citing the prior decision to ban the parallel practice of 'circumcising' girls, which is known as female genital mutilation, with zero tolerance for it.

However, the would-be ban needled Denmark's Jewish community, which saw it as an encroachment upon their culture, religion and way of life, as well as “the biggest crisis since World War II”. Following the outcry, the country's prime minister, Social Democrat Mette Frederiksen, later condemned the bill, assuring that Jews “must continue to be part of Denmark”. Ultimately, the bill was scrapped despite being supported by an overwhelming 86 percent of Danes. Previously, a similar law banning the non-medical circumcision of minors was enacted in Iceland, but was later withdrawn following an international outcry and accusations of anti-Semitism.

Støjberg, the former hardline immigration minister, is no stranger to controversy and previously landed in hot water for celebrating the 50th consecutive tightening of immigration laws under her tenure with cake, and calling Muslims fasting for Ramadan to take a leave of absence from work so as not to disturb the rest of society. She also sparked legal controversy with her 2016 decision to forcibly separate all married asylum seekers, if one of the spouses was below the age of 18. Støjberg justified this step by saying it protected underage girls, yet it was still found to be illegal.

000000
Popular comments
A barbaric mutilating practice against a child remains barbaric, regardless of whether something was promised to jews or not. Child mutilation must be banned across the EU just like ear and tail cropping is forbidden in most EU countries for dog puppies. Jews not following EU customs must be criminalized and jailed. Enough of their barbarism.
guillaume
7 April, 08:08 GMT9
000000
Inger Støjberg is a well-known anti-Muslim bigoted racist. In fact, Denmark is now considered to be the most anti-Muslim racist country in Europe. It is followed by the Netherlands and Austria. It is Fascism of the 1930s and early 1940s. The difference is, there are many Adolf Hitler in Europe than in the 19300s and 1940s.
Hess
7 April, 09:01 GMT4
000000
Newsfeed
0
New firstOld first
loader
LIVE
Заголовок открываемого материала
Access to the chat has been blocked for violating the rules . You will be able to participate again through:∞. If you do not agree with the blocking, please use the feedback form
The discussion is closed. You can participate in the discussion within 24 hours after the publication of the article.
To participate in the discussion
log in or register
loader
Chats
Заголовок открываемого материала
Worldwide
InternationalEnglishEnglishMundoEspañolSpanish
Europe
DeutschlandDeutschGermanFranceFrançaisFrenchΕλλάδαΕλληνικάGreekItaliaItalianoItalianČeská republikaČeštinaCzechPolskaPolskiPolishСрбиjаСрпскиSerbianLatvijaLatviešuLatvianLietuvaLietuviųLithuanianMoldovaMoldoveneascăMoldavianБеларусьБеларускiBelarusian
Transcaucasia
ԱրմենիաՀայերենArmenianАҧсныАҧсышәалаAbkhazХуссар ИрыстонИронауОssetianსაქართველოქართულიGeorgianAzərbaycanАzərbaycancaAzerbaijani
Middle East
Sputnik عربيArabicArabicTürkiyeTürkçeTurkishSputnik ایرانPersianPersianSputnik افغانستانDariDari
Central Asia
ҚазақстанҚазақ тіліKazakhКыргызстанКыргызчаKyrgyzOʻzbekistonЎзбекчаUzbekТоҷикистонТоҷикӣTajik
East & Southeast Asia
Việt NamTiếng ViệtVietnamese日本日本語Japanese中国中文Chinese
South America
BrasilPortuguêsPortuguese
NewsfeedBreaking
13:54 GMTLove Triangle in Animal Kingdom? Two Giraffes Fight Over a Female and They Got Moves
13:49 GMTSpoilt Ronaldo Ignored Rules of Humility & Equality in Juventus Dressing Room, Report Claims
13:46 GMTTwo UK Teenagers Arrested Over Hypodermic Needle Spikings In Nottingham Nightclubs
13:42 GMTPence Visits In-N-Out Burger in California as Chain Refuses to Ask Customers' Vaccination Status
13:41 GMTREC: 5,000 Companies Join ‘Single Window’ System
13:39 GMT'Squid Game' Fame Used by Drug Dealers to Peddle Ecstasy Pills to Kids, Parents Warn
13:31 GMTPub Asks Newcastle United FC Fans to Refrain From Wearing Arab-style Clothing After Saudi Takeover
13:28 GMTPolitical Parties Used Fake Facebook Accounts to Influence Delhi State Polls, Says Whistleblower
13:26 GMT'Why Was I Handed a Hot Gun?' Alec Baldwin Said After Shooting Cinematographer, Witness Claims
13:16 GMTBiden Repeats Contentious Claim That His Multi-Trillion Dollar Spending Plan Will Cost Nothing
12:52 GMTProsecutors Hoping For Convictions in Campaign Finance Case Against Ex-Giuliani Associate Lev Parnas
12:46 GMTEgyptian Exhibit Near Pyramids Denies Detention of Humanoid Artist Ai-Da
12:46 GMTInvestigation Confirms No Fraud in Bolivian 2019 Presidential Election, Foreign Minister Says
12:45 GMTTashkent Says No Need to Deploy US Troops in Uzbekistan
12:41 GMTUS State Secretary Blinken 'Met With Colombia Embassy Staff Hit With Havana Syndrome'
12:40 GMTKylian Mbappe's Transfer Saga Takes Another Turn as Barcelona Eyes Paris Saint-Germain Star
12:39 GMTHouse of Ukrainian Presidential Administration Official Targeted With Explosives
12:35 GMTIndian Doctors Remove World's Largest Tumour Weighing Almost 14kg from Patient's Chest
12:32 GMTSwedish Gangsta Rapper Dead in Gang-Related Shootout
12:02 GMTEx-King Juan Carlos 'Received Injections From Spain's Intelligence Agency to Lower His Libido'