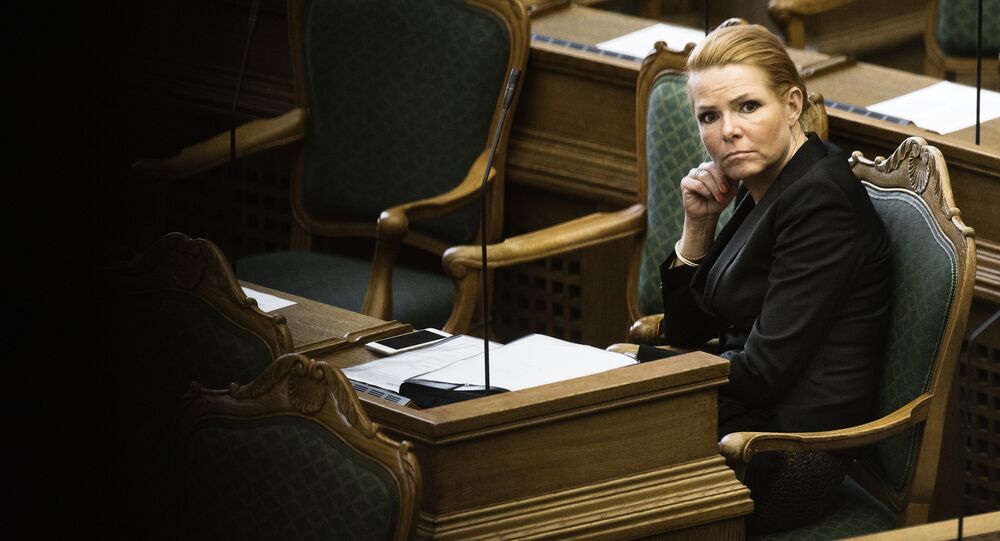 The reason for Inger Støjberg's looming impeachment is her 2016 decision to forcibly separate all married asylum seekers, if one of spouses was below the age of 18. Støjberg justified this step by saying it protected underage girls, yet it was found to be illegal.

Inger Støjberg, former Danish immigration minister and deputy leader of the liberal-conservative Venstre party, is facing impeachment from the legislature after a cross-party majority (including her fellow Venstre members) backed the move, Danish Radio reported.

The impeachment trial is a special court that tries ministers and officials charged with illegally executing their duties.

The reason for the impeachment is her 2016 decision to forcibly separate all married asylum seekers, without individual case assessment, if one of spouses was under the age of 18. The order was found to be illegal, which she had been reportedly made aware of. A special commission assigned to look into the situation was highly critical of Støjberg’s actions, concluding that she not only overstepped her duties, but misled the parliament as well.

In her defence, Støjberg said that she wanted to step up the protection of underage girls, so-called child brides at Danish refugee accommodation.

All of the parties on the left wing, along with the right-wing Conservatives and Liberal Alliance, also back the impeachment trial. Surprisingly, even her own Venstre party voted in favour, leaving only the populist Danish People’s Party and the New Right in opposition.

“I cannot live with the accusations that the Venstre party does not hold dear to law and order,” Venstre leader Jakob Ellemann-Jensen said.

In response, Støjberg lashed out at Ellemann-Jensen in a culmination of a long-brewing conflict between the two.

“I am disappointed that it is my own party leader who is inviting the rest of parliament to initiate an impeachment trial against me”, Støjberg said.

Rumour has it that Støjberg may be considering a party switch, with both the Danish People’s Party and the New Right named as likely contenders for the divisive, yet highly popular politician.

Apart from her hardline immigration politics, Støjberg is known for her publicity stunts, which her opponents condemn as populist. Among others, she published anti-refugee advertisements in Lebanese newspapers, posted a picture of a celebration with cake after passing a 50th law restricting immigration, and authorised a law enabling Danish authorities to confiscate valuable items from asylum seekers.

The most recent instance of Støjberg drawing flak from her peers was when she used the phrase “drain the swamp” associated with US President Donald Trump, who is a highly unpopular figure in Danish politics.

According to Danish law, Støjberg could face anything between a fine and a prison sentence of up to ten years, should the impeachment trial find her guilty.

However, the incumbent Social Democratic government also risks being subjected to a Supreme Court trial – in connection with the so-called Minkgate. In the autumn, the government ordered a blanket cull of the country's all 15 million farmed mink in a bid to stop a mutated variant of the coronavirus from spreading. This was later found illegal and unconstitutional.