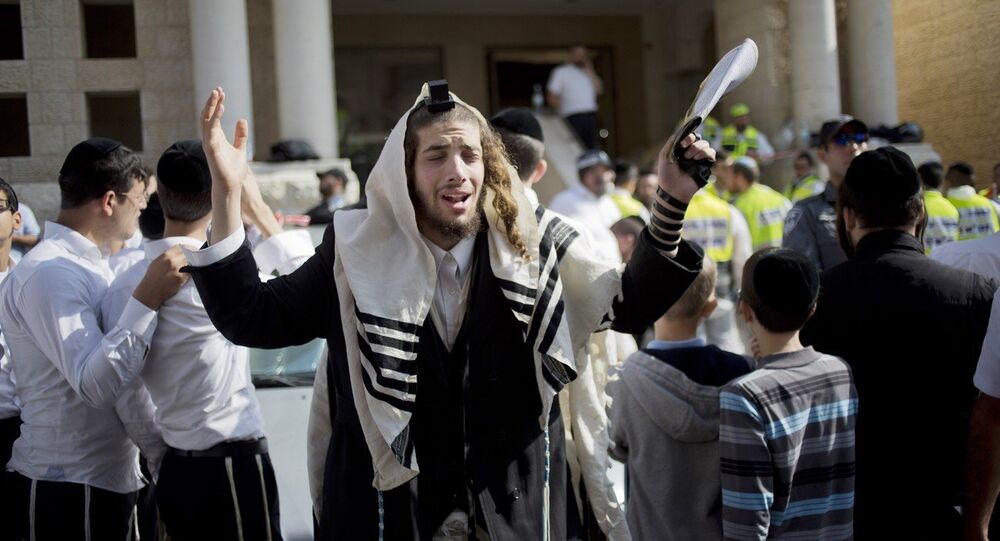 As the Danish parliament gears up to consider a bill proposing a ban on non-medical circumcision of minors, the move has triggered an outcry among the Jewish society in the country, and has been slammed as representing "the worst threat since World War II" to the community.

Denmark’s Prime Minister Mette Frederiksen has spoken out against a bill seeking to ban the nonmedical circumcision of minors in the country.

The Prime Minister, who represents the ruling Social Democratic party, stated during an interview on TV2 on 10 September that “Danish Jews must continue to be part of Denmark.”

In what was seen as a reference to the fate of Danish Jews during the Holocaust in WWII, when hundreds of boat owners helped Jews to escape the Nazi occupation by smuggling them to safety in Sweden, Frederiksen said:

“Many Jews do not find it compatible to live in a country where circumcision is banned. I simply do not believe that we can make a decision in which we do not live up to the promise we made, namely that the Danish Jews must continue to be part of Denmark”.

Hailing the prime minister’s stance, Rabbi Yitzi Loewenthal, the emissary of the Chabad Hasidic movement in Denmark, wrote in a statement that Danish Jews “are grateful to the prime minister and others who have come out clearly against” the bill.

The rabbi added that Denmark was a beacon of light, “we hope that light burns strong and long”.

Last month, a bill was submitted to parliament by former Interior Minister Simon Emil Ammitzboll-Bille, who leads the newly founded party Forward, aiming to outlaw the traditional circumcision of minors by Muslims and Jews without due medical reason.

"I don't think cutting little boys should be legal in connection with an old, religious ritual… That's my principled stance… young men should get to decide whether they want to be circumcised. That's why I am in favour of introducing an age limit of 18 years for non-medical circumcision", wrote Ammitzboll-Bille on Facebook.

Besides enjoying broad public support in the country, where many regard the procedure as child abuse, a number of major political parties, including the New Right, the Danish People's Party, and the Socialist People's Party, have expressed support for such a ban.

Denmark's largest parties, the governing Social Democrats and the opposition liberal-conservative Venstre, have been hesitant to announce their stance on the matter.

The country’s Jews have been outraged by the proposal, with many suggesting that such a change of law "threatens the very existence of a Jewish community".

Henri Goldstein, the president of the Jewish Society in Denmark, in a strongly-worded statement on Danish Radio said that it represents "the worst threat since World War II" to the country's Jewish community, who traditionally circumcise baby boys on their eighth day of life in a ritual known as brit milah.

"The Jewish community will slowly but surely perish because we cannot practice the religion. Circumcision is not just something used by the very religious Jews. It is employed by pretty much everyone in the Jewish congregation. Everyone sticks to circumcision", said Goldstein.