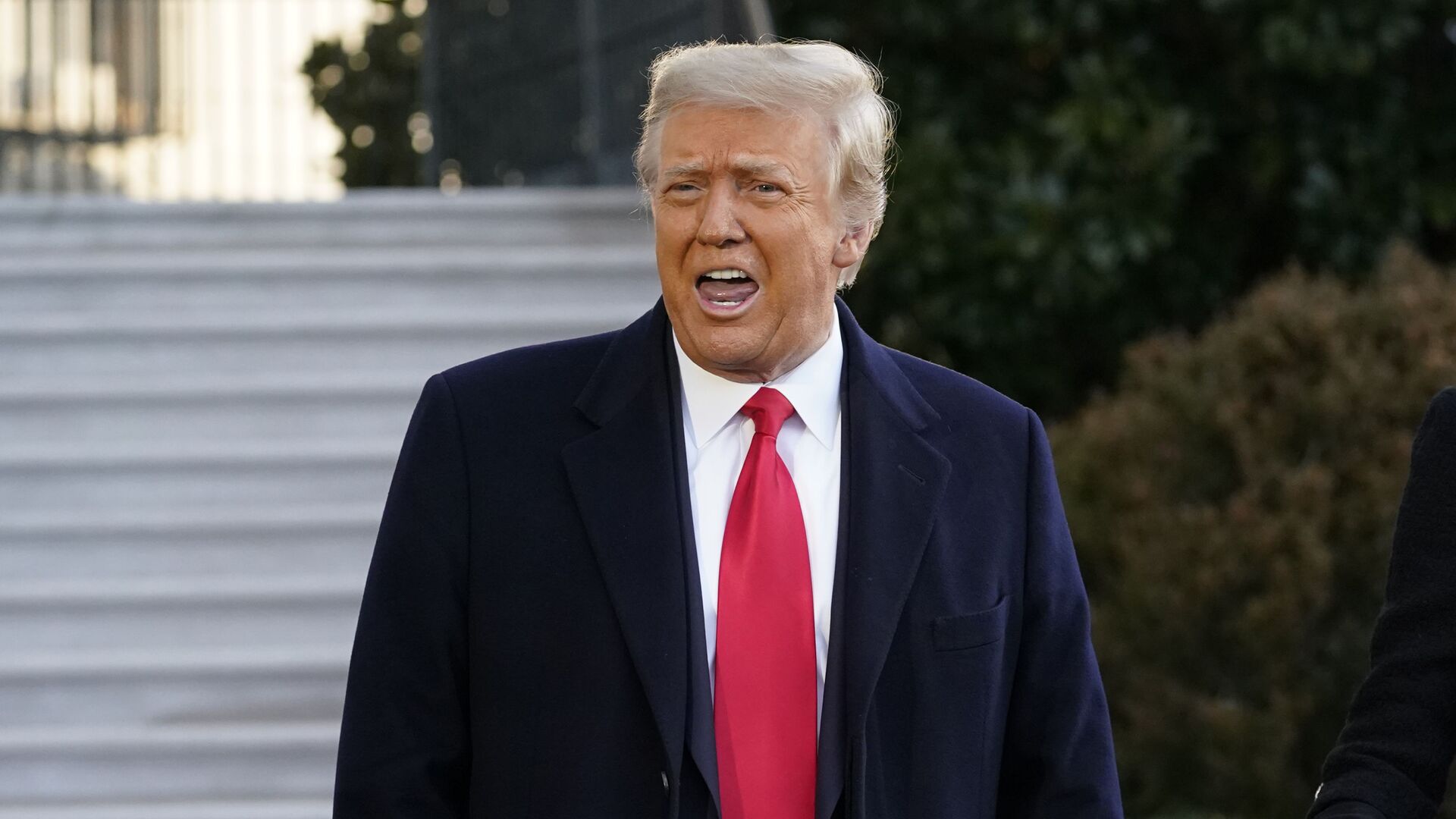 Max Gorbachev
All materialsWrite to the author
The GOP-proposed voting law has sparked widespread opposition among Democrats, who claim the bill would restrict voting access and is aimed curbing turnout by Democrat voters, Republicans insist the new law protects election integrity.

Former US President Donald Trump has called for boycott of baseball in the United States after Major League Baseball (MLB) announced its decision to withdraw the All-Star Game and the draft from Georgia in protest against a newly adopted voting law. Trump, who was banned by several social networks following deadly Capitol protests, released a statement that was posted by the Right Side Broadcasting Network.

"Baseball is already losing tremendous numbers of fans, and now they leave Atlanta with their All-Star Game because they are afraid of the Radical Left Democrats who do not want voter I.D., which is desperately needed, to have anything to do with our elections. Boycott baseball and all of the woke companies that are interfering with Free and Fair Elections. Are you listening Coke, Delta, and all!",Trump wrote in a statement.

​His announcement caused a stir on social media, with many netizens supporting the president.

They are dead to me.

​Others contended that cancel culture poses a danger to the United States.

I totally agree. When are people going to take pride in being an American? Definitely, not the Liberal Left! They are the spoiled who believe the rules don’t apply to them. It makes me sick!😡

​However, there were those who opposed Trump's call and doubted that people will boycott baseball.

Screw anything DJT has to say about anything...

I don't imagine that will happen.

​Donald Trump is not the only politician who has criticised MLB's move. Georgia Governor Brian Kemp said the organisation's decision had nothing to do with concerns about "access to voting", claiming MLB failed "to stand up to the lies of a radical mob hellbent on distorting the truth for political gain".

Jeff Duncan, US Representative for South Carolina's 3rd congressional district posted a statement on Twitter, saying the majority of Americans support the provisions of the law and threatened MLB with antitrust exception.

An overwhelming bipartisan majority of Americans support requiring an ID to vote, and any organization that abuses its power to oppose secure elections deserves increased scrutiny under the law.

The legislation requires voters to show ID when voting by mail and cuts early voting in the state's most populous and non-white counties. In addition, it shortens periods of run-off elections, restricts ballot drop boxes, where voters can place their absentee ballots, prohibits the practice of giving food and water to voters waiting in lines to cast ballots.
Republicans, who drafted the legislation say it will protect election integrity, citing alleged voter irregularities during the 2020 presidential election.

The Democrats claim the bill was designed to restrict voting access to their voter base. During the November election, Joe Biden became the first Democratic candidate to win Georgia, a traditionally Republican state, since 1992.

The president himself described the law as "an atrocity" and a "blatant attack on the Constitution", saying it targeted black Americans. Raphael Warnock, a senator from Georgia said the bill is "Jim Crow in new clothes", referring to laws enacted in 19th and 20th centuries that enforced racial segregation.

Georgia's Secretary of State Brad Raffensperger, a Republican, backed the law. Raffensperger, who dismissed claims of voter fraud in the 2020 presidential election made by Donald Trump and his fellow party members, said allegations that the bill is aimed at suppressing Democratic votes are groundless.

"The cries of 'voter suppression' from those on the left ring as hollow as the continuously debunked claims of 'mass voter fraud' in Georgia's 2020 election", Raffensperger said.