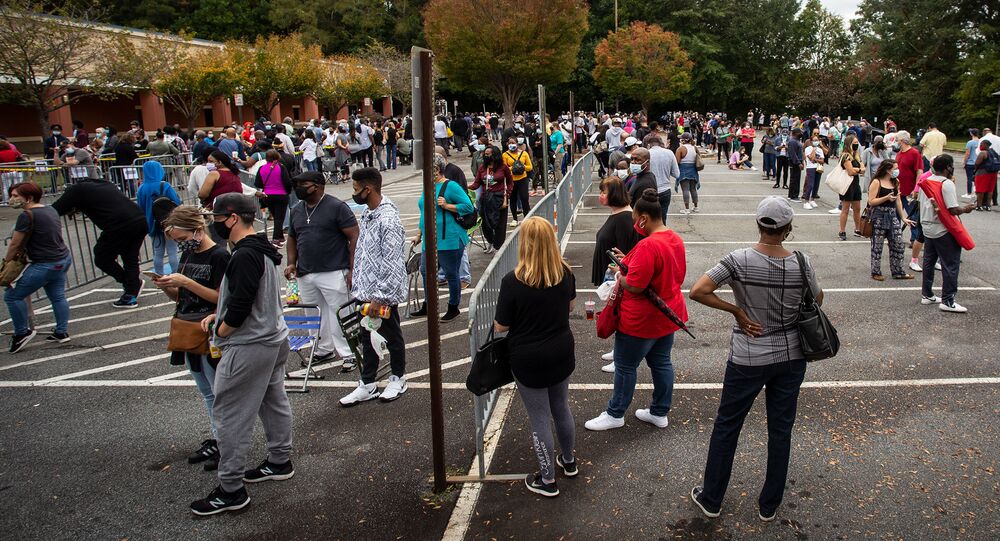 On March 25, Georgia Governor Brian Kemp signed into law Bill SB 202, a new voting law with restrictions that even US President Joe Biden has referred to as “Un-American.” Georgia’s NAACP chapter, along with other state-based organizations, took action against the bill this week in the form of a lawsuit.

The Georgia NAACP filed a lawsuit on Monday that claims the state’s new voting restrictions included in the Election Integrity Act are a violation of the First, Fourteenth and Fifteenth Amendments, as well as Section 2 of the Voting Rights Act.

The suit was filed in the US District Court for the Northern District of Georgia, with backing from the Georgia Coalition for the People’s Agenda, League of Women Voters of Georgia, GALEO, Common Cause, and the Lower Muskogee Creek Tribe.

The lawsuit, which was brought against Georgia Secretary of State Brad Raffensperger and members of the State Election Board, challenges implementation of the signing of the SB 202 bill, believing that it was intended to and will disproportionately affect the rights of Black voters and other voters of color.

Race is stated to be the motivating factor behind the enactment of SB 202 as many critics, including Biden, have referred to it as a new form of Jim Crow, a set of state and local laws that enforced racial segregation within the US.

A statement issued by the civil rights organization explains that the bill directly targets groups similar to the Georgia NAACP and other plaintiffs listed in the suit by prohibiting them from sending out unsolicited absentee ballot applications to voters through the use of fines and criminalizing “line-warming,” which provides relief in the form of food or water for voters forced to wait in long lines.

“We promised to use every legal option available to us to fight back against SB 202 and our lawsuit does just that.” Rev. Woodall, state president of the Georgia NAACP branch, said in a release announcing the development.

“The thinly-veiled attempt to roll back the progress we have made to empower Georgians - to use their voices in the democratic process - creates an arbitrary law that does not improve voter confidence, secure election integrity nor increase access to the ballot box.”

Others, such as Kemp, have argued that the law is needed to restore voters’ confidence after the events of the 2020 election, which saw US President Donald Trump and several of his backers alleging mass voter fraud. Republicans also believe that it expands on voting access, with state Sen. Randy Robertson stating that the lawsuit is “all for publicity.”