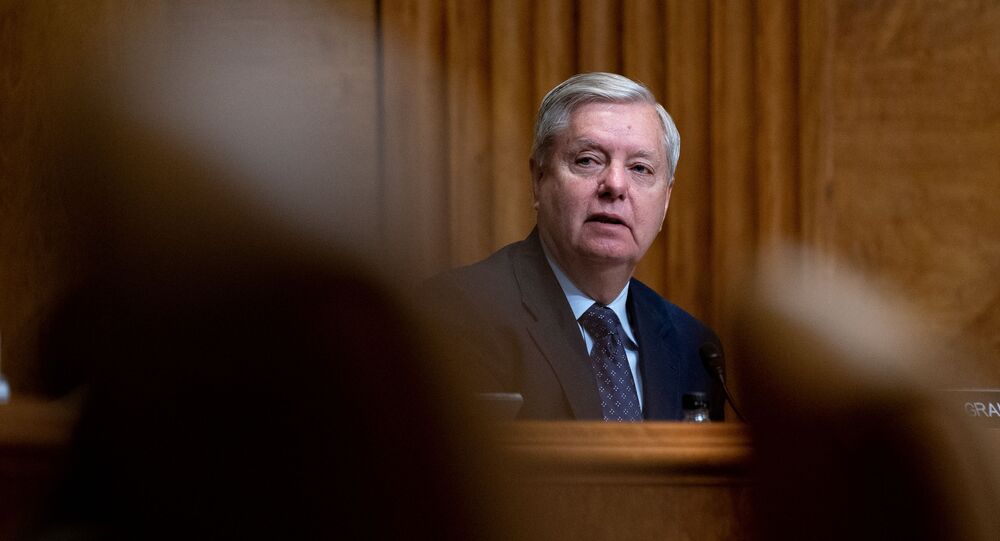 Last week, US President Joe Biden called the election law passed in the US State of Georgia "sick" and "un-American".

Republican Senator Lindsey Graham has slammed US President Joe Biden, saying it was “sick” of Biden to play “race card”, after the president criticised the Georgia election law and the legislative filibuster.

"You know what's sick is [to] have the president of the United States to play the race card continuously in such a hypocritical way," Graham said on Fox News Sunday.

Graham then pointed the finger at the Democrat-led For the People Act, also known as HR 1, that has already cleared the House and if passed would, among other things, expand opportunities to vote by mail and require states to permit voters to make changes to their registration at the polls, as well as offer online voter registration.

© REUTERS / LEAH MILLIS
Biden Decries Georgia’s ‘Un-American’ Voting Law, Calls it ‘Blatant Attack’ on the Constitution
According to the South Carolina senator, the bill was not only unconstitutional, by federalising state elections, but also enacts or inhibits other contentious practices.

"Every time a Republican does anything, we're racist," Graham said. "They use the racism card to advance a liberal agenda, and we're tired of it. HR 1 is sick, not what we're doing in Georgia."

Biden has called the law on election policies, passed recently in Georgia, “Jim Crow in the 21st century."

“This law, like so many others being pursued by Republicans in statehouses across the country, is a blatant attack on the Constitution and good conscience,” Biden claimed.

Georgia passed a law this week that changed some local election policies. Among other changes, the law requires a state-issued ID to request a ballot in an absentee voting, shortens runoff elections from nine to four weeks, and limits ballot drop boxes, requiring them to be placed at early voting locations and leaving them available only while the precinct is open.