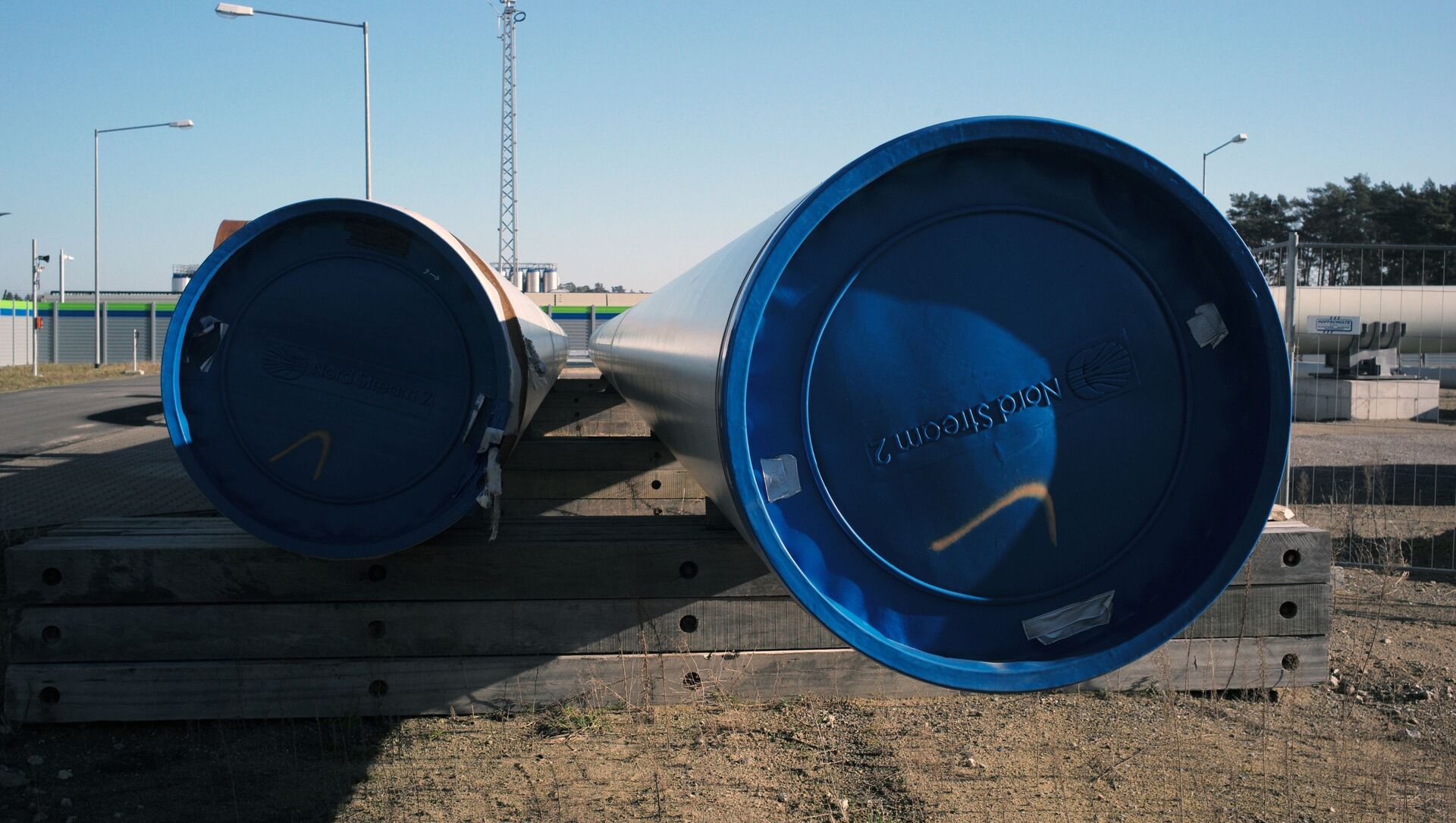 Tim Korso
All materials
The construction of the pipeline, which sparked debates between the US and EU, as well as within the European bloc itself, is coming to its conclusion despite Washington slapping sanctions on the project. The construction of one of the last sections of the pipe will commence in March in Denmark’s waters.

Berlin believes the government of the state of Mecklenburg-Vorpommern did not violate any German or EU laws by establishing the Foundation for Climate and Environmental Protection, meant to pursue the goal of the Nord Stream 2’s construction, the German authorities have stated in a response to an official request. The German federal government said Mecklenburg-Vorpommern did not discuss the foundation's establishment with Berlin in advance.

Mecklenburg-Vorpommern's local parliament approved the creation of the foundation on 7 January 2021. The organisation pursues numerous goals in the field of promoting low emissions and green energy, with the last of the stated objectives being support for the joint megaproject by Russia’s Gazprom and several European energy giants.

Several German politicians from the Green Party criticised the decision, accusing Mecklenburg-Vorpommern's authorities of acting in the interests of Gazprom and Moscow. The German media, in turn, alleged that the state is planning to use the Foundation to help the project weather the impact of American sanctions.

Mecklenburg-Vorpommern argues that completion of the Nord Stream 2 is essential, because Germany's planned transition to zero-emission energy production by the middle of the century might actually take more time to achieve. Berlin considers natural gas a suitable source of energy for the transition period before the country switches to green energy. State authorities in MV have invested 250,000 euros in the Foundation, with Nord Stream AG, the pipeline's operator, expected to throw in as much as 20 million euros.

The joint Russian-European energy project faces strong opposition from the US, who claims that the new pipeline will increase Europe's dependency on Russian gas and will presumably give the Kremlin more leverage. Washington has already slapped sanctions on the Nord Stream 2, prompting some contractors to pull out of the project. The White House suggests that EU countries should buy more expensive LNG instead, for example from the US itself.

Germany, and several other supporters of the project within the EU, dismissed Washington's demands. According to Berlin's 17 March response to the request, the federal government has conducted several rounds of talks with the US at various levels in order to convince the White House to stand down on its sanctions threats against the Nord Stream 2. It is unclear if Berlin achieved any success in this endeavour.

However, despite the sanctions already in place and Washington's threats to implement more any minute, the Nord Stream 2 pipeline is approaching its completion. According to the Danish Energy Agency, Russian pipelaying vessel, Akademik Cherskiy, will start work on one of the last sections of the Nord Stream 2 off the Danish coast in March. Nord Stream AG earlier said that the pipeline, which has a projected capacity of 55 billion cubic metres of gas a year, is 90% complete.